This week on the Real Golf Pros of Saudi Arabia, Rory McIlroy says the feud between the PGA and LIV Golf is “out of control.” The new world No. 1 was asked yet again about the upstart competitor and, as he always does, didn’t shy away from warning fans that this fissure will soon become unfixable — as if it’s not already.

In an interview with The Guardian, the Northern Ireland golfer said, “This ‘us vs. them’ thing has gotten way out of control already.

“If the two entities keep doubling down in both directions, it is only going to become irreparable. We are going to have a fractured sport for a long time. That is no good for anyone.”

Well, that’s not entirely true. You could argue that McIlroy has benefited more than any other golfer despite not taking a pallet of money to defect to Saudi Golf. As mentioned in the intro, McIlroy is the new world No. 1 after winning the CJ Cup in South Carolina on Sunday and playing well last season. He took home the FedEx Cup to end the year and had four top-10 finishes at the majors, including second at the Masters and third at The British Open.

It’s definitely been a resurgence for the 33-year-old golfer with four career major wins, though none since 2014. If he maintains this form, he’ll surely break that drought, but it’s hard to tell whether this success is coming from a rekindled alpha approach stemming from this Saudi golf stuff, or if he’s enjoying the weaker competition.

To be honest, it’s likely a mixture of both. Cam Smith was the world No. 2 after he won The Open Championship, and with the way he was golfing, it’s perfectly reasonable to say he could just as easily be No. 1 had he not opted to sully his career playing glorified Top Golf for Greg Norman and crew.

McIlroy has been the most outspoken voice against the Saudi Tour. As refreshing as it is though, we’re entering a territory where he’s bordering on giving the enemy free press. I know reporters have to ask him about it, and right now it’s one of the easiest stories to write about, with both sides chirping like petty schoolchildren trying to get the last barb in.

Here are a couple more quotes from McIlroy’s interview over the weekend.

“I think it is the first time in my life that I have felt betrayal, in a way. You build bonds with these people through Ryder Cups and other things. Them knowing that what they are about to do is going to jeopardize them from being a part of that ever again?

“I would like to think the Ryder Cup means as much to them as it does to me. Maybe it does. But knowing what the consequences could be, I just could never make that decision.”

OK, man, I get it. The Ryder Cup is special, but is this the first time in your life you’ve ever felt betrayed? This is no Red Wedding. At its core, the Ryder Cup is a team-building function among co-workers. That tournament is cool because the gallery actually gets to show emotion — and that’s about it. Ask a non-golf nerd who’s won the past five Ryder Cups, and they’d have as much success as a kid taking a true-false test not having studied.

“I feel like the place where they have been able to build their legacy and build their brand, they have just left behind,” McIlroy continued.

“If people felt so aggrieved about some things, I’d rather be trying to make those changes from inside the walls than trying to go outside and be disruptive.”

While all valid points, a certain level of complicity falls on the PGA and its payout policy that irked so many players but has been boosted since the defections started (a clear direct response to them). At this juncture, the PGA guys should stop commenting on the Saudi golf league, and not in a “Please don’t talk about this because I’m about to jump ship way,” that Brooks Koepka and others did.

If you’ve noticed — and you probably haven’t because the events are basically broadcast on the dark web — nobody really gives a shit about these Saudi tourneys. They don’t have a TV partner, and refuted reports that they’re going to pay Fox Sports to air their radioactive product. I wouldn’t be shocked if someone hit a hole in one, and they didn’t have enough witnesses to get it printed in a newspaper.

The best thing to do is let the Saudi defectors toil away in obscurity until they realize that the purses are as hollow as the league itself. Rory can keep answering questions, but in a blunt, terse manner that would make Bill Belichick proud. Droning on about betrayal, irreconcilable differences, legacy, etc. keeps these ass clowns in the headlines. And if we know anything about the Saudi tour’s biggest fan and sponsor, staying in the headlines only serves to legitimize people who absolutely shouldn’t be. Let’s test the theory that if you shoot a career low, and no one bothered to watch, does it make a golf league? Amazon Cuts Back on In-House Brands Due to Poor Sales 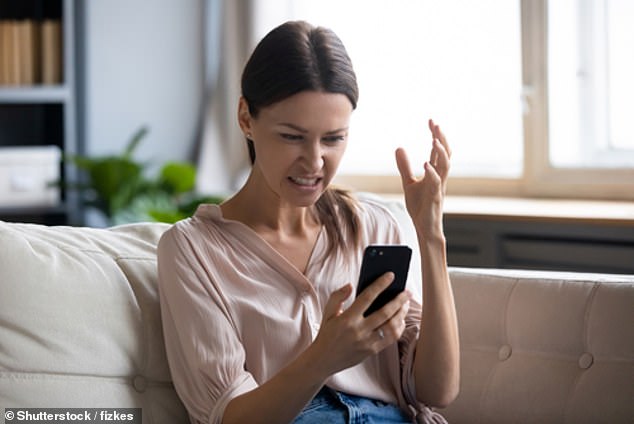