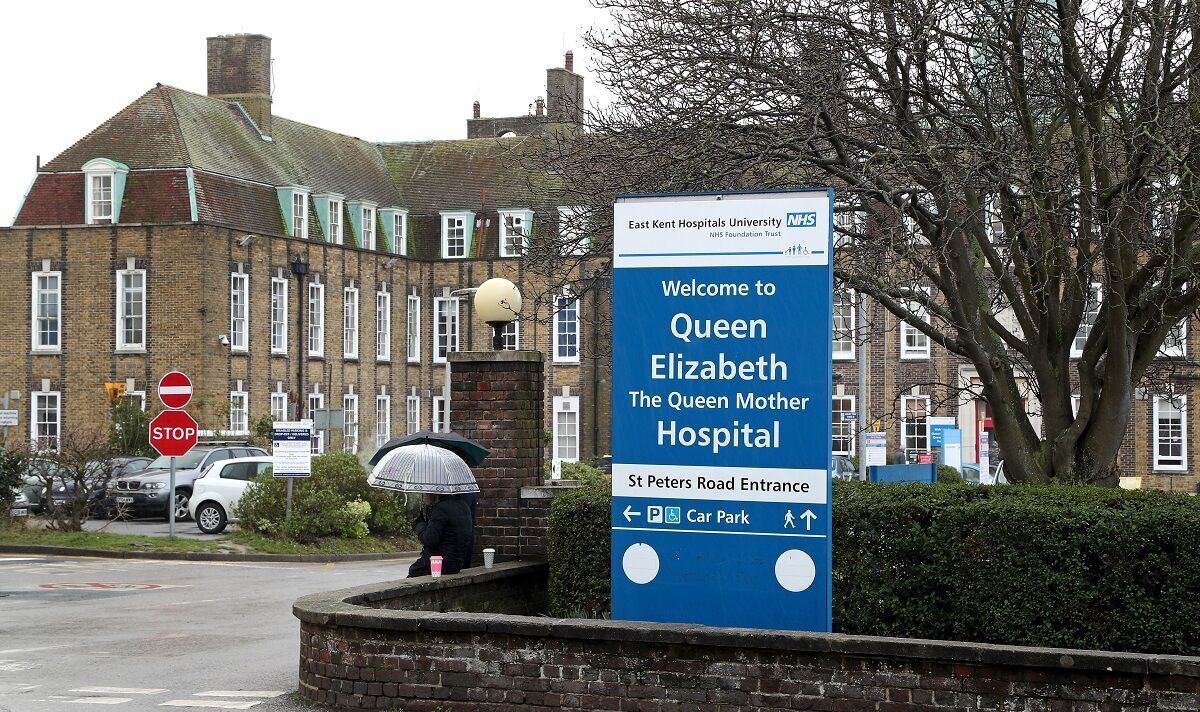 
An investigation found 45 infants who were stillborn or died shortly after birth might have survived had their care met national standards. Families were “dealt with rudely, arrogantly and with hostility” by staff, including women whose ­concerns were not listened to, the harrowing findings said.

The review was chaired by Dr Bill Kirkup, who has led a number of high-profile investigations including probes into the Hillsborough disaster and Jimmy Savile’s involvement with Broadmoor Hospital.

Presenting his report yesterday, he said: “What has happened in East Kent is deplorable and harrowing.

“We have numerous instances of care that was not given to the right standards, with deaths and significant harm in scores of families.

“We had 202 families that came forward. In 97, deaths, injuries and other harm could have been different if care had been given to the standards accepted nationally.

“In 45 of the 65 stillborn and newborn babies who died, they could have had a different outcome had care been given to the standards accepted nationally.”

The panel also found that 23 out of 32 cases of maternal injuries or deaths and 12 out of 17 cases of brain damage to babies, might have been prevented with better care.

Many families were deeply affected by the “unkind and callous” way they were treated both before and
after bereavements, Dr Kirkup added.

Some mothers were blamed for problems as staff sought to deflect responsibility. Other examples included women who tried to raise concerns about changes to their unborn babies’ movements, or that their spinal or epidural analgesia was not effective, but were ignored.

One patient told investigators: “They didn’t listen…they carried on, to cut me open. I could feel it all.”

The review was commissioned by NHS England two years ago after multiple reports spanning the previous decade.

It examined cases between 2009 and 2020 at the Queen Elizabeth, The Queen Mother Hospital at Margate (QEQM) and the William Harvey Hospital in Ashford.

Among them was the death of Harry Richford, who died just seven days after being born at QEQM in 2017. His mother Sarah underwent a difficult forceps delivery after witnessing obstetric and midwifery teams disagreeing about her care.

Harry had to be resuscitated and he died a week later. His family fought for an inquest where his death was ruled “wholly avoidable” and the trust was fined £733,000 for failing to provide safe care.

Investigators concluded that East Kent Hospitals University NHS Foundation Trust, which is responsible for both hospitals, had been ­presented with “what should have been inescapable signals that there were serious problems in the ­maternity unit” on at least eight separate occasions.

“But they didn’t. In every case they found a way to deny there were problems, to disregard, to say that on the whole services were OK or at least good enough.

“They were wrong to do that. As a result, the pattern of behaviour and of harm continued unaltered through the entire period of the investigation until the end of 2020. It need not have happened like that.”

Dr Kirkup said such service failures “cannot go on” and must not be treated as isolated incidents.

And he warned history would repeat itself if ministers and NHS leaders do not take action.

Outlining four areas for improvement, he called for a “maternity ­signalling system” to look at trends in outcomes and safety so that ­dysfunctional units can be identified early. Steps to address inappropriate and uncaring behaviour from staff were recommended, along with improved teamworking.

Dr Kirkup also condemned the “cruel practice” of trusts responding to concerns with deflection and denial to protect reputations.

The East Kent NHS trust’s chief executive Tracey Fletcher apologised for the harm and suffering experienced by women and babies.

She said: “These families came to us expecting that we would care for them safely – and we failed them.” Health Minister Dr Caroline Johnson apologised for the Government.

She said: “I am deeply sorry to all the families that have suffered and continue to suffer from the tragedies detailed in Dr Bill Kirkup’s review.

“We are committed to preventing families from going through the same pain in future and are working with the NHS to continue improving quality of care for mothers and babies with support teams for trusts, backed by £127million to grow the workforce and improve neonatal care.”

The scandal is the latest in a series of reports exposing shocking failures in NHS maternity services. In March, a review led by Donna Ockenden found the deaths of more than 200 babies at Shrewsbury and Telford Hospital NHS Trust might have been prevented with better care.

NHS England’s chief midwifery officer Jacqueline Dunkley-Bent and Matthew Jolly, national clinical director for maternity and women’s health, said jointly: “It is clear there have been severe failings in the care received, when they should have been protected and cared for.

“Today’s report reinforces the improvements we must make across the NHS to make this country the safest in the world for women to give birth. The devastating experiences of these families is a profound reminder of why we must continue quickly with these improvements.”

Quiet quitting: Why leaders should address it as a trust problem The Best Cases For Your Samsung Galaxy Z Flip 4