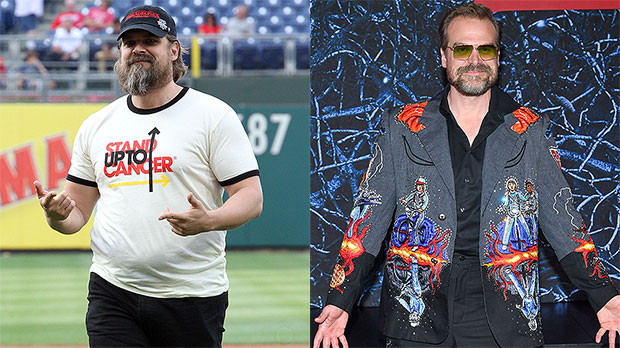 
David Harbour has had quite the health journey over the years! The Stranger Things actor, who has previously been lauded for his “Dad Bod”, has also gained — and lost — an abundance of weight for roles.

Below we break down the Hellboy actor’s body transformation, from auditioning for The Blob with, well, a bit of paunch, to dropping weight and getting fit to further his acting career.

He Previously Celebrated His ‘Dad Bod’

Although David is currently relishing his recent weight loss, he still accepted his past “Dad Bod,” as he discussed on The Late Show with Stephen Colbert in 2018, when the show host shared how David’s picture was in Merriam-Webster for the term.

“I mean, you know, some people win Emmys, some people, you know …” David laughed off the joke, also adding how he did not have kids at that time.

“You technically can’t have a dad bod!” Stephen replied. “You just have a bod!”

“Or you’re such an amazing actor that it goes beyond even having children to this place where you have studied dads so intensely — and their bods — that you’ve just incorporated one like that,” he continued. “So it just jumps over the children part like that.”

“How do you know when you’ve achieved ‘Dad Bod?’” Stephen then asked.

“I did have a moment years ago […] when I got called to audition for a character in the ‘X-Men’ series called ‘The Blob,’ which is a character who controls gravitational forces with his stomach, basically,” David joked. “I remember at the end of the audition I kind of pulled up my shirt a little bit and squeezed my belly and said, ‘I got your blob right here!’ you know.”

“And the director was apparently very interested in me and he called me in for a meeting at this hotel and I met, and I went with him, and he was like, ‘David, we love you, we think you’re wonderful, we think you’re a wonderful actor! We’re just a little worried […] you’re not gonna be able to carry this suit and you’re just not healthy enough to play the role.’”

He Opens Up About His Weight Loss — Sort Of

Speaking with Page Six in fall 2021, David detailed how he achieved his physique — with a few jokes to start, of course.

“It’s just not eating,” he stated. “It’s amazing. You try to do all these different things, the protein and the this and that, and then you just stop eating and you lost weight.” He added that “putting on weight is my favorite thing. I’m really good at it.”

With that said, he admitted is was “really s–tty to take it off, though.”

The weight loss at this time was partly for his role as Jim Hopper in Stranger Things, which left Season 3 with fans thinking his character was dead. At the end of the season finale, however, it was revealed that Hopper was alive in a Russian prison — hence why David had to make it look like he was an inmate.

In July 2022, David revealed that he lost 80 pounds for season 4 of Stranger Things, which follows his character captive in a Russian prison. “I lost about 80 pounds from season 3 — I was about 270 [then], and when we shot [season 4​​​​​​] I was around 190,” he told British GQ. David explained that he did intermittent fasting and Pilates to drop the weight in eight months.

“I don’t think I’ll ever do that again,” David said. “I have this Santa Claus movie [Violent Night] coming out for Universal in December and I gained [it all back]. But now, yeah, never again. The prosthetics are too good.”

His Wife’s Reaction To His Weight Loss

Speaking with the New York Times in Jun 2021, David spoke about how he actually gained (and lost) weight for his role in Black Widow. “I was like, ‘Let’s use the weight.’ So I started eating even more. I got up to 280 lbs., and I loved it,” he told the outlet.

That was right around that time he met his now-wife, British singer Lilly Allen, who was actually approving of his physique. “It’s a true testament to my undeniable charisma when I say that my wife met me at 280 lbs. with this beard and this hair,” he joked. “We went on a date at the Wolseley [restaurant] in London, and she really fell for me at my worst, physically and hair-wise.”

For the Marvel flick, however, David’s Russian soldier character, Alexei Shostakov, had to be shown in several flashback scenes to his younger days — hence forcing the actor to commit to losing weight.

“I said to the first A.D. [assistant director], ‘Listen, we have to shoot the flashback stuff at the end, so that by the time we shoot the flashback, I’ll lose the weight and I’ll be thin.’ And he was like, ‘You’ll never be thin,’” the actor recalled, laughing. “I was like, ‘Yes I will, man.’ And I lost like 60 lbs. through the shooting. The first stuff we shot was at the prison, so that belly that’s coming at you, that’s all real belly. And then as we shot, I started to lose weight. I was just hungry a lot of the shoot.”

After dropping 60 lbs., Lilly apparently had “mixed feelings” about her husband’s new look.

“She honestly has some mixed feelings about it. Which is a good place to be in a relationship,” he said. “It’s really good to start the relationship from that part, as opposed to being the young, handsome buck and watching yourself degenerate over the years.”

Lilly is apparently always giving her sweetest compliments to her husband, regardless of his weight! While speaking with PEOPLE in 2019 after being chosen as one of their “Men of the Year,” he shared how the “Smile” singer once said he was “so gorgeous it was an outrage.” 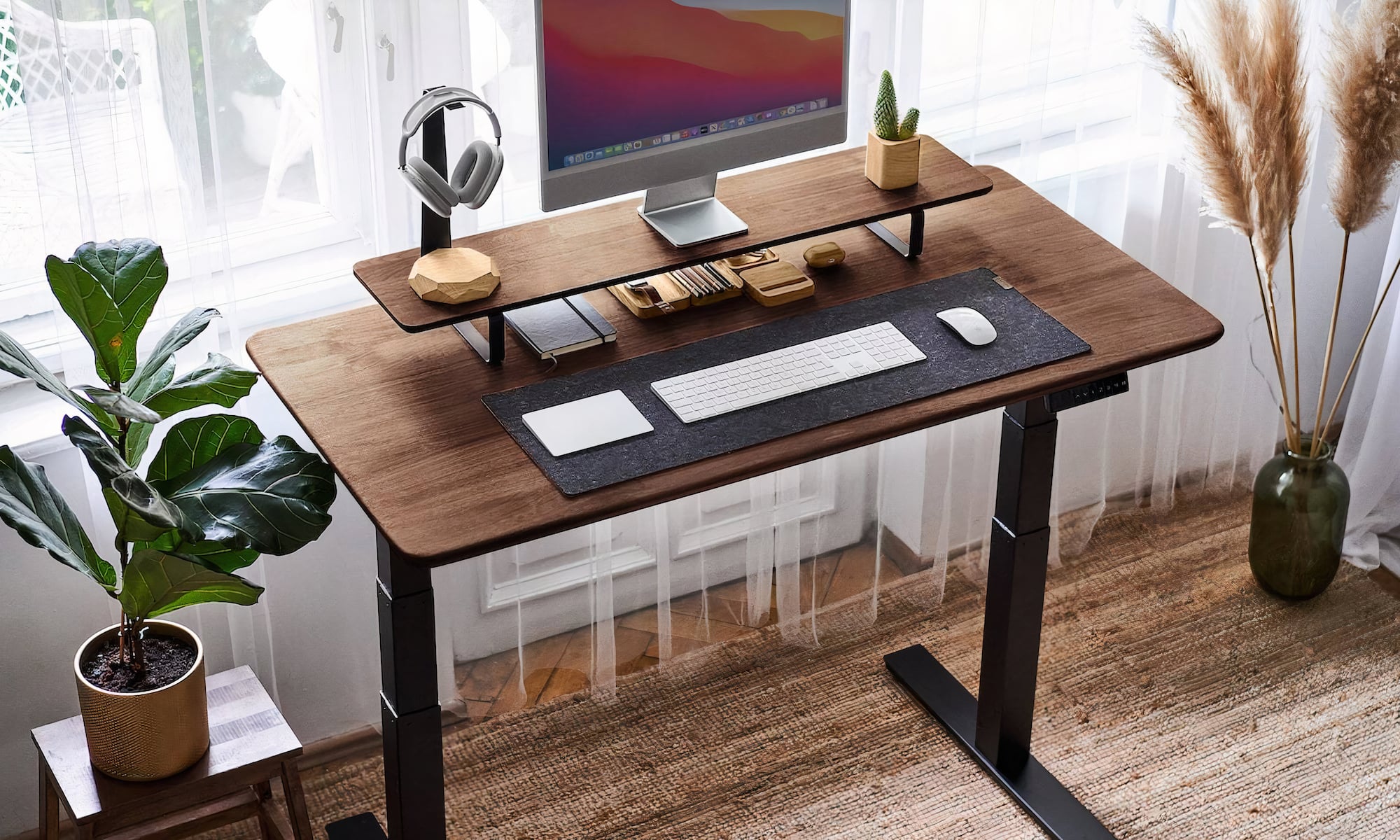 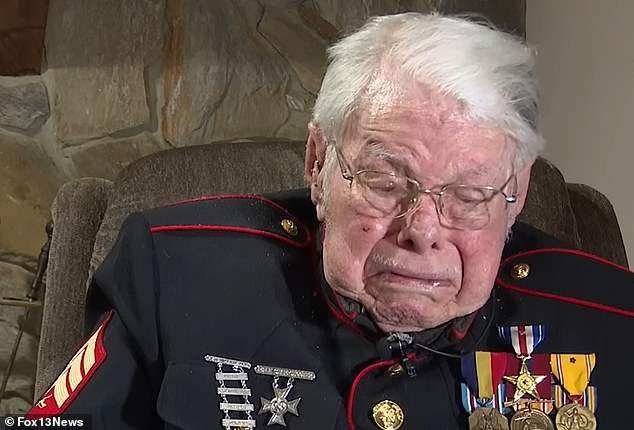