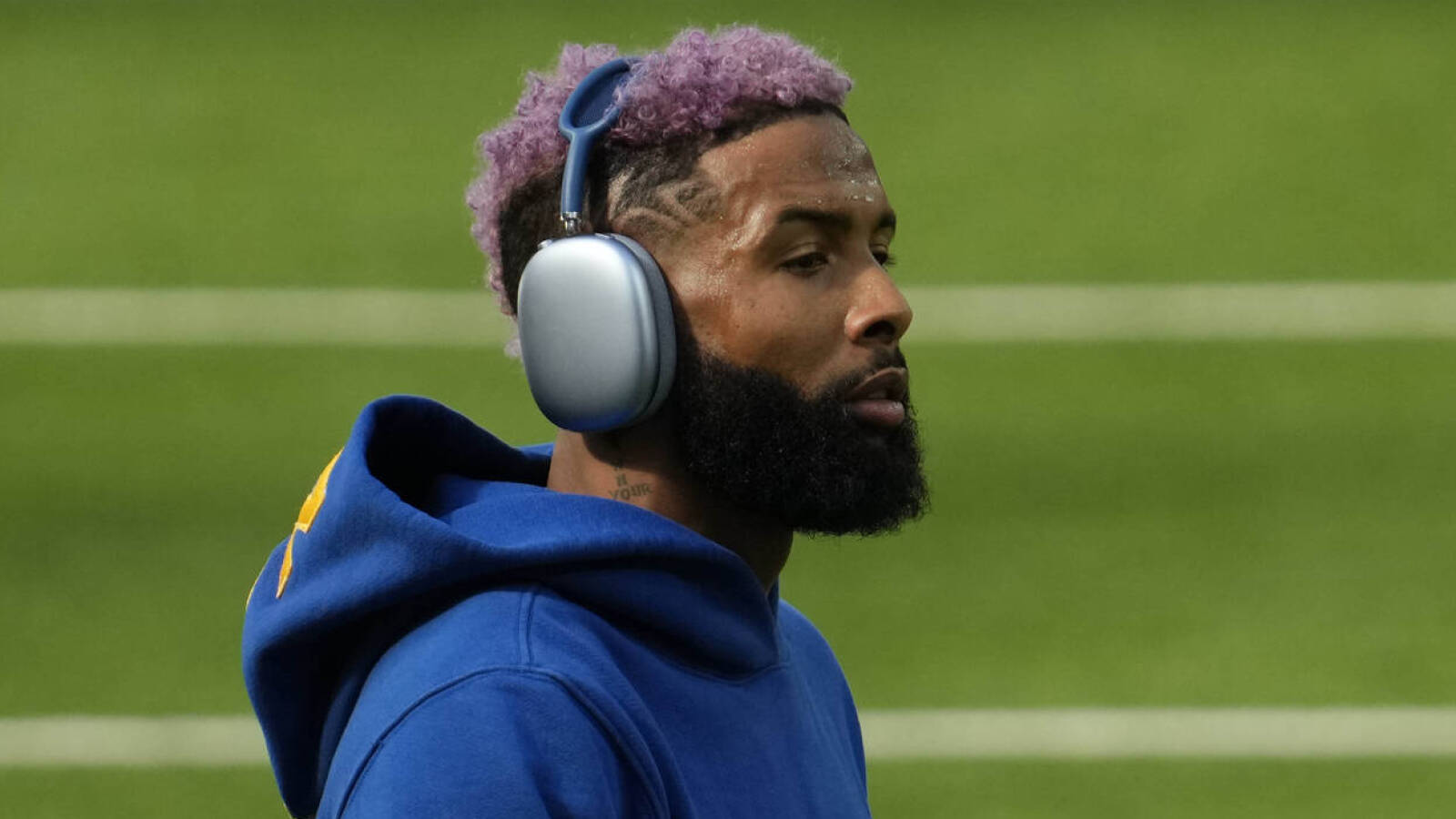 Beckham is still recovering from the torn anterior cruciate ligament in his left knee he suffered during the Super Bowl victory over the Cincinnati Bengals in February, and it remains unknown when the 29-year-old will be cleared to play. Meanwhile, Rams chief operating officer Kevin Demoff recently vowed he will remain “aggressive” in “trying to build the best team that we can build,” and that may mean bringing Beckham back to the club at some point this summer or fall.

“If we didn’t have a salary cap, we could’ve signed Odell months ago and would’ve loved to,” Demoff told The Athletic’s Jourdan Rodrigue on Monday. “Is it a multi-year deal, is it a one-year deal? All kinds of variables that come into Odell.

“The one variable that hasn’t changed is how much we love him and want him to be there. I think he’s expressed, over social, his desire to be here. Am I optimistic we can get a deal done over time? Yes.”

Beckham joined the Rams in November after he and the Cleveland Browns parted ways and went on to record 27 catches for 305 yards with five touchdowns across eight regular-season games. During the playoffs, OBJ contributed 21 receptions for 288 yards and two scores before his injury.

“Both sides have had (an) open dialogue, both sides (are) respectful, excited and couldn’t be more grateful for what Odell did for our team last year — and the chance to meet him and watch him flourish in LA,” Demoff added about Beckham.

“With Odell, I think, given the rehab (and) the timeline of coming back probably mid-to-later in the year, I just think that the sense of urgency both from his side and probably from our side — and maybe other teams — is not right there, for him,” Demoff continued.

Rodrigue reports that one source said the Rams “could see a late-November return to play for Beckham” assuming he doesn’t experience any setback during his rehab.

If I’m Victor Wembanyama, I’m all good on being called a unicorn

How to Use the Scenario Manager in Microsoft Excel