I know that booking for WWE is its own complicated process with unique factors that no other company would ever have to worry about. I also know that even with those factors, the guy who does it is bad at it and evil. I also know that it doesn’t matter, because it’s simply too big to fail. But those factors, like shareholders and toy sales and sponsorships…they’re a bigger factor than we can probably know.

I also know that comparing AEW to WWE and vice versa is annoying as fuck, because in reality one doesn’t have much to do with the other. They’re their own flavors (hence why AEW has been able to thrive). You can like both, you can like one or the other — both have their pluses and huge flaws. Sure, in its three years of existence, AEW has turned part of its identity, and those of its fans, as being a “non-New York” entity, which is cool; you have to illustrate why, as the new kid, you’re relevant and should be paid attention to. And they’ll never admit it, but part of being a WWE fan, at least to some, is clinging to the known and traditional ways and dismissing anything else (and don’t tell me otherwise, because I know what fueled those roars for Cody Rhodes).

But still, if you watched Keith Lee and Swerve Strickland win the AEW Tag Team titles last night, you couldn’t help but ask yourself… WWE couldn’t figure out what to do with these guys?!

Before we even get to the match itself, just look at Swerve.

If the whole idea of a big-time wrestler is charisma, magnetism, and the ability to have a stadium full of people in his hand…LOOK AT THIS FUCKING GUY! You’d have to mop up the charisma that drips onto the floor off of him on the ramp every time for fear of everyone else slipping on it or drowning in it. This guy walks the red carpet at the Grammys, literally. WWE is always bending whichever way it can to be in the crossover business and get their guys and gals into other industries, and Swerve is already there. They sign an ironing board like whichever Paul jabroni they just inked because of his social media following, and he couldn’t put a sentence together without being cattle prodded. And he’s not a wrestler! Swerve is an incredible wrestler (Whose house? Swerve’s house). Look at the swag in his intro into the match last night, just the grace and attitude he carries at all times:

Most of the WWE Universe lost its mud about the Usos vs. The Street Profits from Money In The Bank, and it was a great match. No question. Except AEW tosses out that kind of tag match pretty much every week, and they don’t do it with tag teams that have been forced to face each other 48 of the previous 50 weeks. Last night’s main event was a three-way tag with Swerve In Our Glory (Lee and Strickland), Powerhouse Hobbs and (the vastly underrated) Ricky Starks, and The Young Bucks. It was an odd choice because we had just seen the first two teams in a three-way for the tag titles at Double or Nothing just six weeks ago. And yet all of these guys know how to alter and construct a completely different match even within the same form.

The Bucks sometimes — rightly — get labeled for turning their matches into their own spot-fests (superkick party) but they have no problem making anyone they’re in the ring with look like absolute legends. Which means getting thrown around like frisbees by the massive Keith Lee.

Sure, it’s a bit of a cheat code to cram six guys where four would normally be, but in one match you got all the kinds of matches you want. If you want a spot-fest, the Bucks and Swerve are here. If you need Big Meaty Men Bumpin’ Meat, here are Hobbs and Lee. If you want long-term storytelling, you have the moment when it looked like Swerve might turn on Lee, or Starks and Lee.

And for fuck’s sake, you had the match ending with Lee doing this!

That’s 350 pounds of man flipping over the top rope. What part of this was it that Vince didn’t think he could make work?

Yes, Lee got a brief look once upon a time. He was the last one standing against Roman Reigns a few years ago in the only interesting thing to happen in a Survivor Series in five years. He got a spotlight with Brock Lesnar in the following Royal Rumble. That was about it. Maybe WWE thinks he blew his chance. His health scare sure didn’t help much. But then there was the name change and everything else. All they had to do was let Lee be Lee and they couldn’t do it. It was simply too hard for Vince to figure out, “Hey, let’s let this giant athletic dude toss people through the rafters and then pull off spots that guys half his size are supposed to.” Real tough code to crack. But he didn’t have “the look” or “the presence” that has helped WWE always look the same week after week, I guess.

As for Swerve… who knows. It’s not that WWE has been shy about pushing Black wrestlers. The New Day remains one of the most popular groups in WWE history, and that’s even without Big E lately. Bobby Lashley has been a multi-title holder in the past two years. Sasha Banks and Bianca Belair main-evented one night of Mania. But there’s an edge to Swerve, that’s a huge part of his charm. Sometimes it’s deviousness, sometimes it’s just confidence. It wouldn’t be a huge surprise if Vince mistook that edge for something with menace and felt the way most old white men do about it. Or he’s just oblivious, either is just as likely. 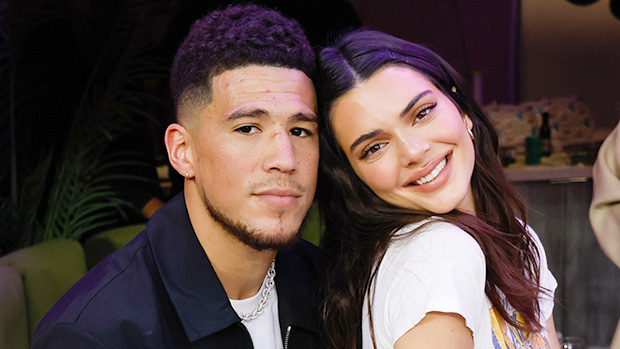