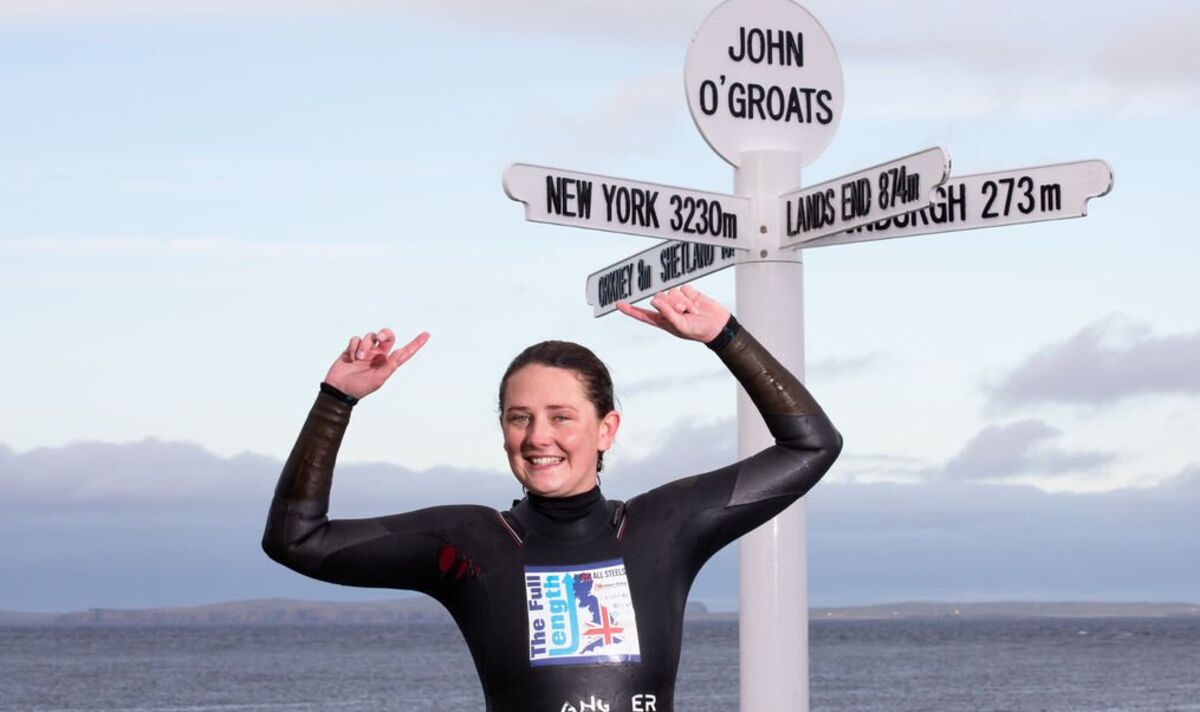 
A woman has become the first in the world to swim the entire 900-mile length of Britain battling 20-foot waves, whales, lightning and 15 jellyfish stings.

She set off from Land’s End on July 1 and arrived in John O’Groats harbour at 4.35pm on Tuesday (October 18).

Her female record-breaking swim makes her the second-fast person ever to complete the journey behind Ross Edgley, 62 days, and ahead of Sean Conway, who did it in 135.

For her latest super-human endeavour Jasmine slept on a 40-foot yacht each night with five interchanging crew and survived on a diet of chocolate, sandwiches and tinned meat.

Jasmine told the York Press: “There were some points where the weather was horrendous and it seemed like it wasn’t going to get any better, and I just thought we’re not going to get to the finish line if it stays like this.

“The worst was when we were swimming up to Mull of Kintyre. The waves were 20ft, they were massive – and there were gusts of 25 knots.

“But I wasn’t thinking of giving up at all – it was that I might be forced to give up at some point.”

Jasmine began her journey from Lands’ End, Cornwall, on July 1, before swimming up the west coast of Britain to John O’Groats.

She said: “The most challenging part is having to continuously swim for five hours and then get a couple of hours’ sleep and then swim again in the evening.

“I can’t rest when I’m swimming, because as soon as I stop for longer five minutes to catch my breath, the cold gets to me and then I won’t be able to carry on because I’m freezing.

“When we were level with Northern Ireland, we got up to do a swim at 3am and there was just fork lightening hitting not that far away.

“And when we were heading up to the Mull of Kintyre, that was really rough. The waves were just crashing straight over me and literally washing straight through my wetsuit.

“They would take me back quite a long way because they were coming at me rather than helping me. I couldn’t even try and surf them.”

Jasmine was also under constant threat from jellyfish and had adopt a wetsuit balaclava to protect her face half-way through her journey.

She said: “It’s not just the sting that hurts, it’s that it gets worse over 24 hours, and it basically just spreads up my legs and arms. It’s so itchy that I really don’t sleep.

“It was a lot less after I started wearing gloves and socks, but before that, I was stung probably 10 or 15 times.

“I took two to the face, they’re memorable. That’s when I got the mask on.

“I had a Minke whale literally swim with me for most of it, and it would literally rise five metres away, which was just incredible.

“I also had a lot of dolphins at the beginning, and they were literally swimming under me, so close I could touch them.”

“The Whales are scary but so exciting and distracting as I needed to keep swimming.”

Jasmine said the epic journey had left her “more toned”, but admitted that her body, and especially her shoulders, constantly ached from the hard work.

She said: “My shoulders and my back have definitely got a lot more toned because I feel it as well – because they always ache.

“But I have no idea how I weigh. I’ve still got some fat on me, I’m not skinny.” 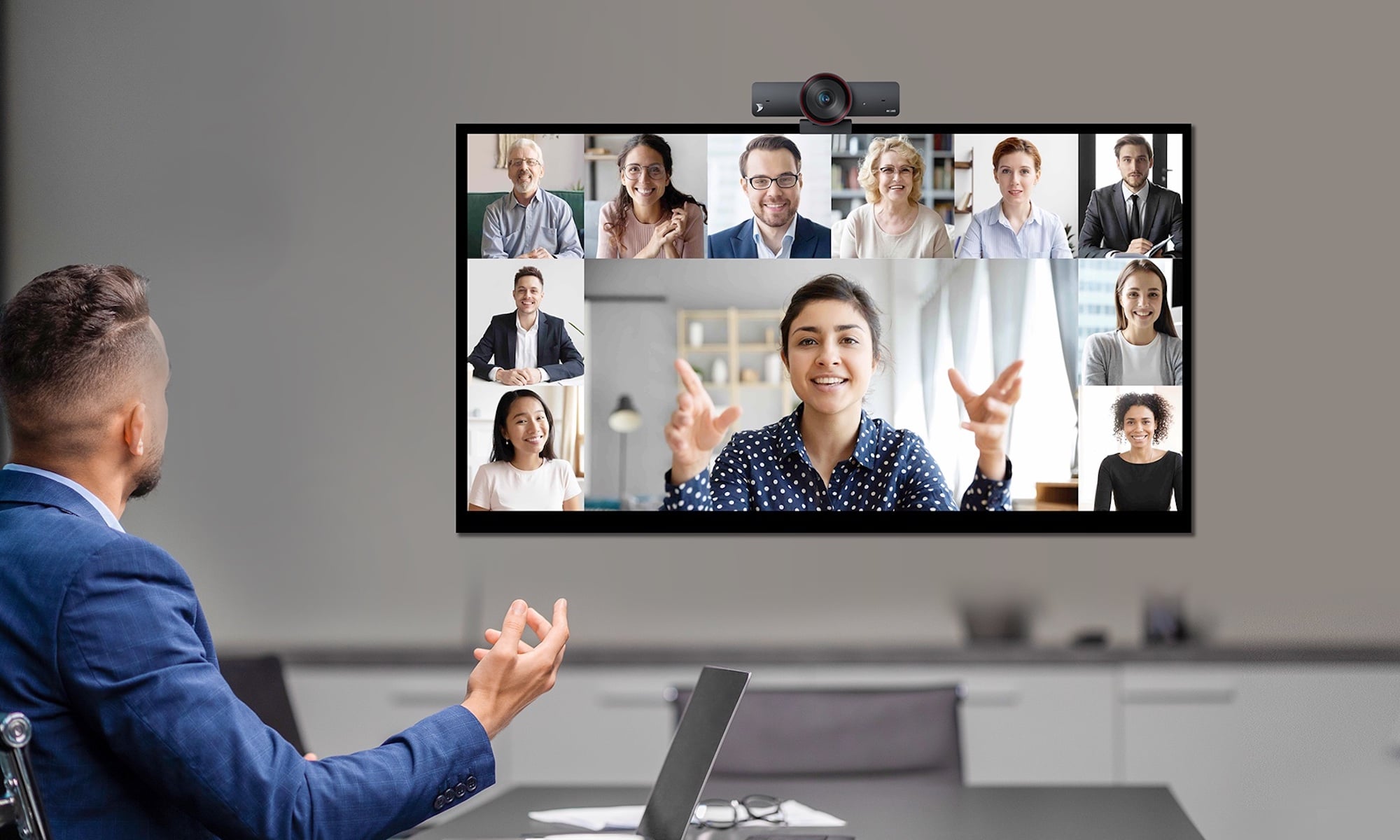 Ace online meetings, whether you’re at home or the office, with this AI webcam