If you’re shopping for VPNs you may have come across so-called VPN routers. They’re handy tools that can be used to have an entire network enjoy the benefits of a VPN, but they also come with some drawbacks. Let’s take a closer look at what VPN routers can and can’t do.

What Is a VPN?

First, though, we need to go over what virtual private networks are. Normally, when you connect to the internet, you make a connection to the site you want to visit through your internet service provider’s network. In this scenario, both your ISP and the site you’re visiting can identify you.

When you use a VPN, you add a step: instead of going from your ISP’s server to the site, you reroute your connection from your ISP’s server to a server run by the VPN provider and then to the site you want. This masks your original IP address and gives you the one belonging to the VPN’s server, making it so the site you’re visiting thinks you’re connecting from somewhere else than your actual location. At the same time, it also encrypts your connection so your ISP can’t see what you’re doing.

VPNs are great if you want greater privacy while browsing—though you’ll have to use incognito mode as well to get any real anonymity—and also lets you spoof your IP so you can access sites you can’t from your regular location.

Normally speaking, to use a VPN you need to sign up to a VPN service, and then install VPN software to a device. To enjoy the VPN’s protection, you need to activate it every time you access the internet; check out our guide to ExpressVPN for one example of how that works.

What Is a VPN Router?

VPNs can be made to run on just any kind of device, from desktops to laptops to all kinds of tablets and smartphones. Interestingly enough, you can also install them on routers, devices that distribute the internet throughout your home or office via WiFi.

Routers that have VPN software installed are called, unsurprisingly, VPN routers. Not all WiFi routers will let you install VPN software on them (including most of the ones that you get from your ISP), so you need to make sure you have what’s called a pre-configured router, one that allows you to install VPN firmware and software on them

Most major VPN providers, including NordVPN and ExpressVPN, have software packages aimed at routers, and thus setting them up isn’t much harder than normally configuring your router. That said, a quick look at the market shows that most pre-configured routers are a little pricier than average, so keep that in mind.

There are also so-called pre-flashed routers that already have the specific firmware needed for a particular VPN provider; these are a good option for people that don’t want to bother with the more involved part of the setup. Note, though, that these are usually a little more expensive again.

Benefits of a VPN Router

The main benefits of using a VPN router is that the VPN is always on and that all the devices on its network are automatically using the VPN without any input from you. This is great for people that want to make sure that everybody in their household or office is surfing via a spoofed IP address or on an encrypted connection.

It also works well for a family with small kids who may forget to turn on the VPN when accessing the web, or even just for anybody that wants to always use a VPN but occasionally forgets to switch them on. If you’re not too sure about the auto-start function of your VPN, installing it on a router is a good idea, too.

They’re also great because using a VPN router also circumvents the device limit that most VPN services maintain. For example, ExpressVPN only lets you have up to five devices active at the same time on a single subscription. A VPN router only counts as one device, no matter how many other devices are connected to it. If you have a large family or run an office, installing a VPN on a router is the best way to get past this restriction.

Using a VPN router means you can spread out the benefits of VPNs over a wider area, so to speak, and takes away a lot of micromanagement while letting you also connect as many devices as you wish. However, there are some drawbacks, too, that may make you think twice about using a VPN router.

For one, the fact that the VPN is always on means that you always get to enjoy the inevitable slowdown in connection speed associated with VPNs. If you connect to a nearby server, it shouldn’t be too bad. But, if there is ever an overload in that server, good luck with your painfully slow internet.

Another issue is that streaming is going to be a problem. Most streaming services have VPN detection systems that will lock you out of their catalog if they catch you using a VPN. When you’re using a VPN just on one device, you can easily switch between servers to avoid this, but if you’re using a VPN router, it gets trickier.

Even if you just want to watch what Netflix is offering in your country, having a VPN can lock you out, so that’s something to keep in mind before installing a VPN on your router.

One last thing to keep in mind, which we touched on above, is that pre-configured and pre-flashed routers can be a bit pricey, and setup requires some know-how. If you’re not comfortable setting up tech, then maybe using a VPN router isn’t for you.

All that said, though, for the right people, the benefits of a VPN router far outweigh the cons. They’re a comprehensive way to protect an entire network all at once, so if you have the know-how and you don’t care about Netflix, they’re definitely worth taking a look at.

If you’re interested in buying a VPN router, there are several pre-configured routers among our roundup of the best WiFi routers. Our first two recommendations are the overall winner Asus AX6000 (RT-AX88U) and the VPN-friendly Linksys WRT3200ACM.

The Best Action Movies on Amazon Prime Video in 2022 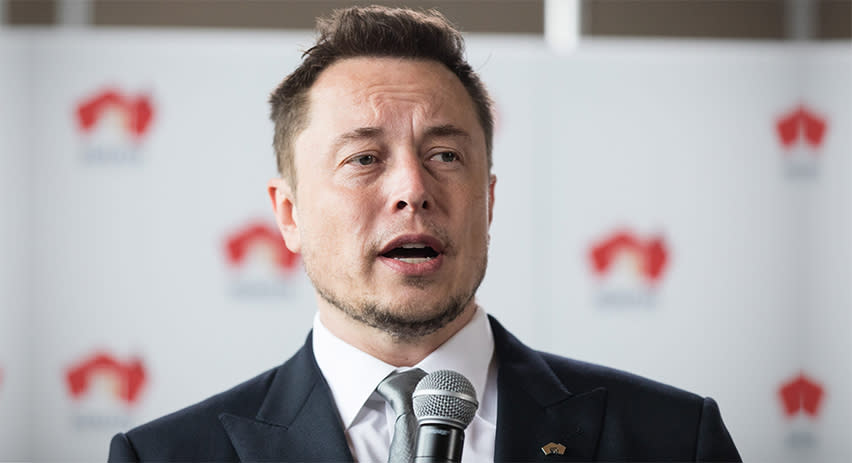 Tesla’s Probably Going to Miss Earnings in Q2 — And So What if It Does?