The most awkward episode of The Office is without a doubt “Scott’s Tots.” In it, Michael Scott has to tell a class of underprivileged students that his promise to pay for their college 15 years ago isn’t going to happen. For a series that specialized in uncomfortable moments, the Dunder Mifflin manager handing out consolation computer batteries is one I can’t rewatch. (Well, that and everything after Steve Carrell left.)

However, none of Michael’s unpleasant moments get me to change the channel as fast as a reporter broaching a difficult subject with an athlete (or asking a terrible question). Yes, I know it’s our job, but if I’m not the one asking the question, let me just read the guy’s response instead of sitting through SportsCenter’s live feed of the postgame presser.

What do they expect Daniel Jones to say after another loss in which the Giants score 13 points? Do you want him to sacrifice his left pinky on camera or what? Losing is just life in East Rutherford right now though, and the franchise is so desensitized to Danny Spare Change’s abhorrent play that when an anonymous GM slandered him in Mike Sando’s slanderous quarterback rankings, the media reaction was to shrug and move on.

This brings me to today’s subject: Most awkward quarterback moments of camp thus far, non-Deshaun Watson edition. (Russell Wilson also gets a pass because I already wrote about him this week, but rest assured, had I not, repeating “Let’s ride” like Scorsese’s behind the camera would’ve made the countdown.)

Sam Darnold and Baker Mayfield try to out-average one another

There’s a bunch being made about the two top-three picks from the same draft competing for the Carolina Panthers’ QB1 spot. (No? Do only quirky stats departments care about that? OK.) Regardless of how you feel about two quarterbacks who are destined to be underwhelming for their entire career, Darnold and Mayfield are working up a lather trying to see who starts the season on the field.

There’s already a fan favorite, and you’ll be shocked to learn that it’s the new guy who’s been in a million Progressive commercials. There’s no player quarterback-deprived fans love more than the guy who didn’t suck all of last year. The reception was so pro-Baker that a reporter asked Darnold about it.

Darnold was able to deflect the uncomfortable question with a light-hearted retort, saying, with a smile, “I heard a couple,” referring to the cheers. I like it. Not sure he’s going to out charisma Mayfield, but not a bad start.

That exchange perhaps wasn’t as awkward as the actual practice, which leaned Darnold’s way.

We’ll see how much of the position battle remains on the field as opposed to in the stands, but the two appear to have more than just last year’s interception total (13 each) in common.

Mitch Trubisky vs. the city of Pittsburgh

Sick at the mere thought of waving a Terrible Towel for Mitch Trubisky, a Steelers fan waited for all of three passes before yelling “Get Kenny in there!” There were a few boos afterward as well, and if Darnold thought he got a bad draw going up against Mayfield, at least he’s not battling a hometown hero free of NFL tape and last seen fake-sliding his way into fans’ hearts.

The calls for Kenny Pickett have already started, and there’s no reason — other than his draft position — for Mike Tomlin to think Trubisky is the answer. I trust the Steelers’ head coach though, and if he opts to let his rookie start the season on the sidelines, he’ll have a good reason.

We’re three years removed from Tomlin going 8-8 with Duck and Mason under center. I have confidence Kenny and Mitch can produce similar results. I’m also positive that “Get Kenny in there!” is the nicest jeer Trubisky is going to hear all season.

Cut immediately to Vikings fans saying, “He’s not my boy.” The embattled Cousins, who typifies everything Minnesota fans fear about a quarterback, was asked about new GM Kwesi Adofo-Mensah’s comments about the team not having “that” quarterback.

“I haven’t given it much thought with training camp being so busy and consuming so much of our time,” Cousins said. “So I’m not too concerned about it.”

While Adofo-Mensah walked back his interview in USA Today, his quotes certainly didn’t sound as theoretical as he meant them to be. It’s clear Minnesota doesn’t have Tom Brady or Patrick Mahomes, but when you say that, the dots are going to be connected — in proper context or otherwise.

Just once I want a reporter to ask Kirk why he’s so good at choking up leads. Is it genetic? Is it a learned skill? Did he show this kind of promise as a kid? Was there one potato sack race in particular he lost that led to this moment?

Now those are the kind of hard-hitting, awkward exchanges I shut off Sportscenter for.

How to Change Your Phone Number on Amazon 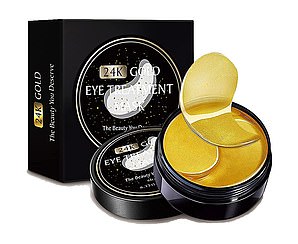