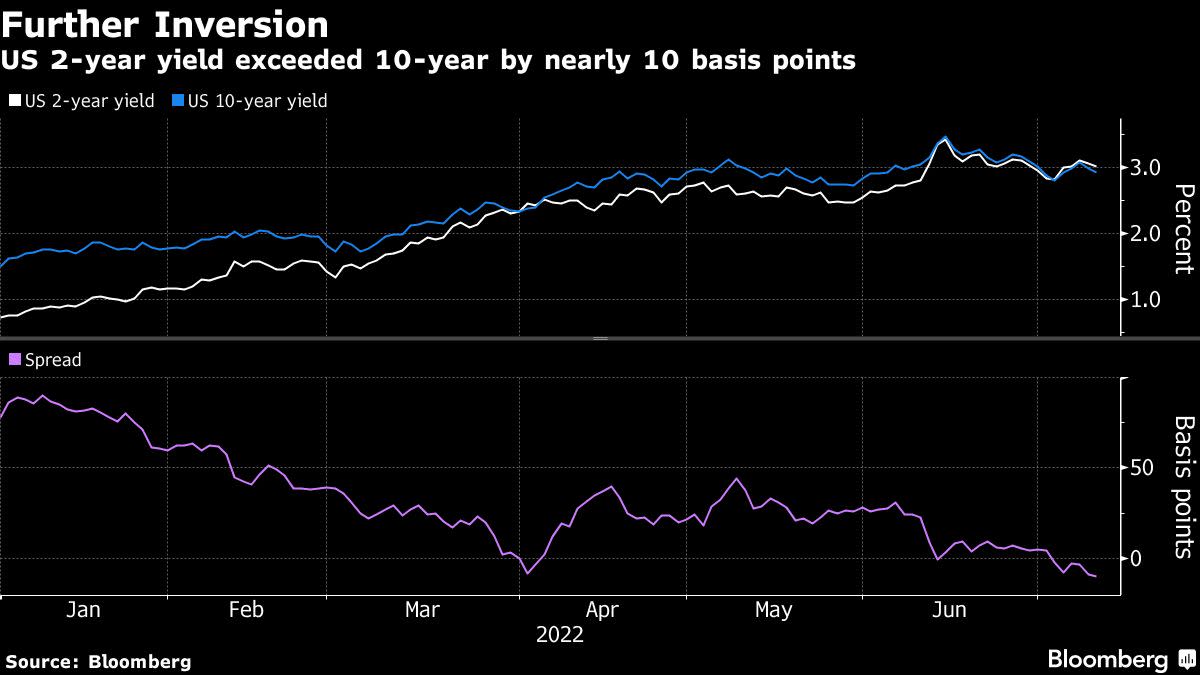 
(Bloomberg) — One of the US bond market’s most widely watched indicators of potential recession risk has reached levels last seen in 2007.

The yield on the benchmark 10-year Treasury note dropped as much as 12 basis points below the 2-year rate, eclipsing the 9.5-basis-point gap reached in early April. The gap was pared to around 8.5 basis points ahead of the $33 billion 10-year note auction slated for 1 p.m. New York time, which will create additional supply that can have a cheapening effect.

So-called inversions of the yield curve — in which longer-term rates fall below those on shorter-dated maturities — are regarded as a potential harbinger of recession, since an economic contraction would weaken inflation and eventually result in rate cuts. The spread between 2- and 10-year Treasuries is one of the most widely watched, and it’s now more inverted than at any time since 2007, before the financial crisis of 2008-2009.

“Markets are focusing more on the idea that there might be a recession ahead of us,” said Jan Nevruzi, US rates strategist at NatWest Markets. “People don’t want to get ahead of the trend even though there’s supply coming.”

The current inversion comes amid increasing concern that measures taken by central banks worldwide to rein in inflation might end up driving the economy into recession. That fear has helped fuel a rebound in Treasury prices that’s taken the benchmark 10-year rate from around 3.5% in mid-June to around 2.92% on Tuesday. The two-year yield, meanwhile, was around 3% and had dropped from a session high of 3.05%.

The yield curve is likely to invert even deeper given that the Federal Reserve is focused on tightening monetary policy until inflation slows, said Gregory Faranello, head of US rates trading and strategy at AmeriVet Securities.

“We’ve been calling for deeper inversion,” he said, noting that Fed Chair Jerome Powell recently stated that the central bank is not worried by an inverted yield curve. “I don’t think an inversion of -25 to -50 basis points is out of the realm of possibility and historical context.”

Other segments of the yield curve are also flattening, though several remain positive, including the gap between those on 3-month bills and 10-year notes. That spread, used by the New York Fed among others in recession-prediction models, stands at about 74 basis points, down from a multi-year high 234 basis points in May. 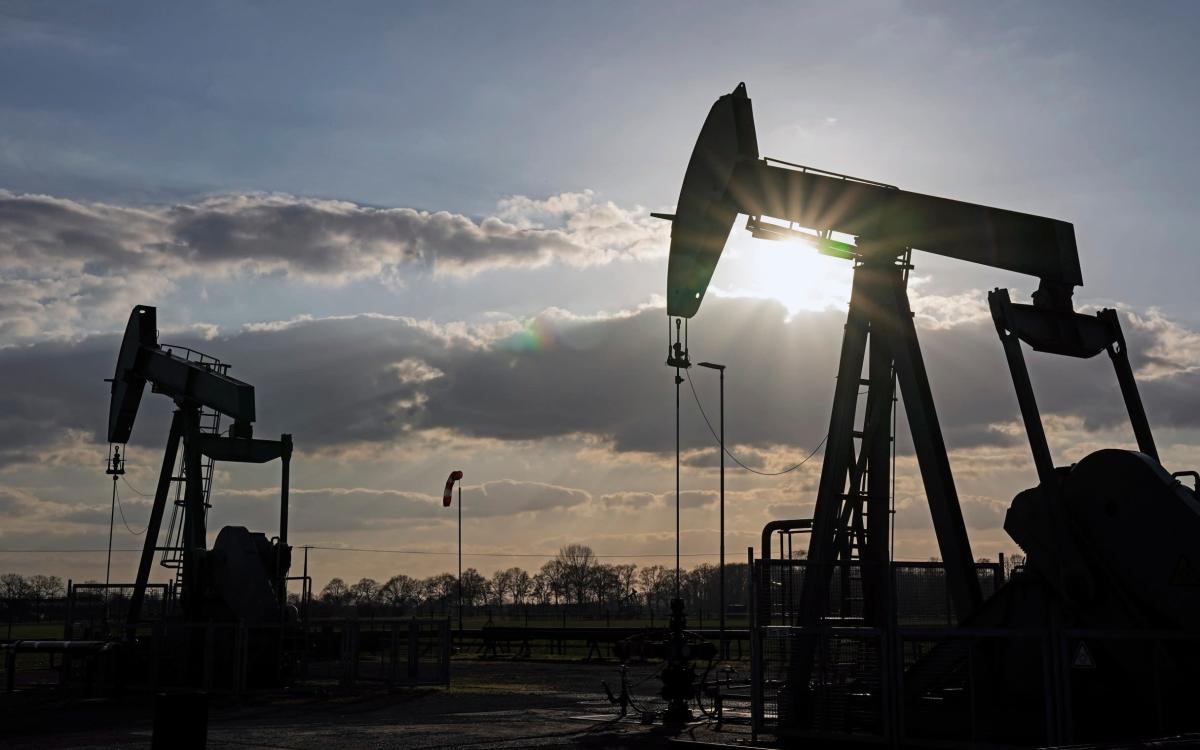 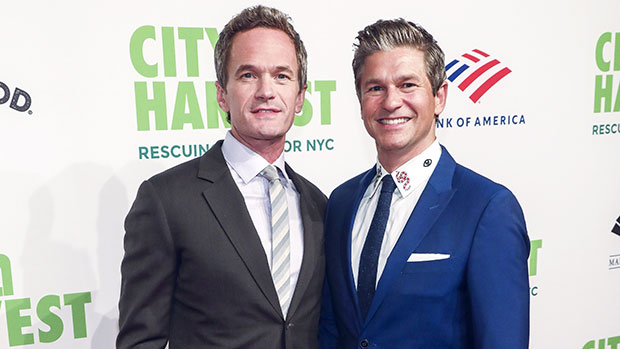 Neil Patrick Harris’ Husband David Burtka: Everything To Know About Their 8 Year Marriage