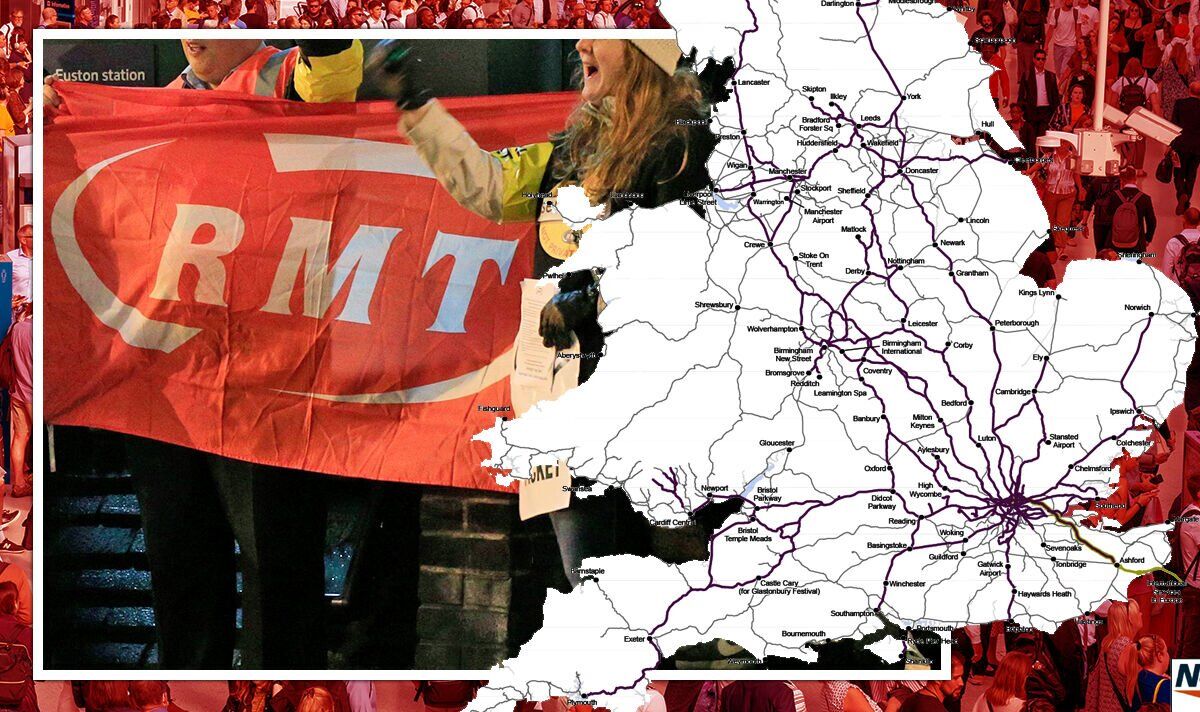 
Industrial strike action will see Britain’s National rail network reduced to around half of its usual capacity on Tuesday, June 21, Thursday, June 23 and Saturday, June 25. Disputes over pay and redundancies are to blame for the walkouts and will see all national rail services severely impacted throughout the week, operating reduced hours on the few routes that are running. While some lines will remain open, around 40 stations will be left empty both day and night. Here’s the full list of places in the UK without rail.

National Rail is urging passengers to only travel by train if essential as strike action begins from Tuesday, June 21.

Most major lines across the country will be affected on both the planned strike days and non-strike days in between.

A temporary timetable has been drawn up to cover the week of disruption, outlining the reduced hours and routes that will be open to passengers between 7.30am and 6.30pm.

Network Rail has created a map that shows every route impacted by the strike action, including those with limited and no service across the three strike days.

Here’s the map in full.

Overground services to Greater London will all be running with “significantly reduced” levels in operation from central spots.

Most major cities and coastal destinations are still accessible by rail.

The strike action which is being organised by the Rail Maritime and Transport Workers (RMT) union, could repeat itself at a later date if the disputes are not settled soon.

In fact, the union has warned it will “intensify” its campaign if members are not offered a suitable deal.

In a statement, National Rail said: “There will be a very limited service running on the rail network so please only travel by train if necessary. If you do travel, expect severe disruption and plan ahead.”

Debugging Your AWS Bill With Cost Explorer and Billing Tags