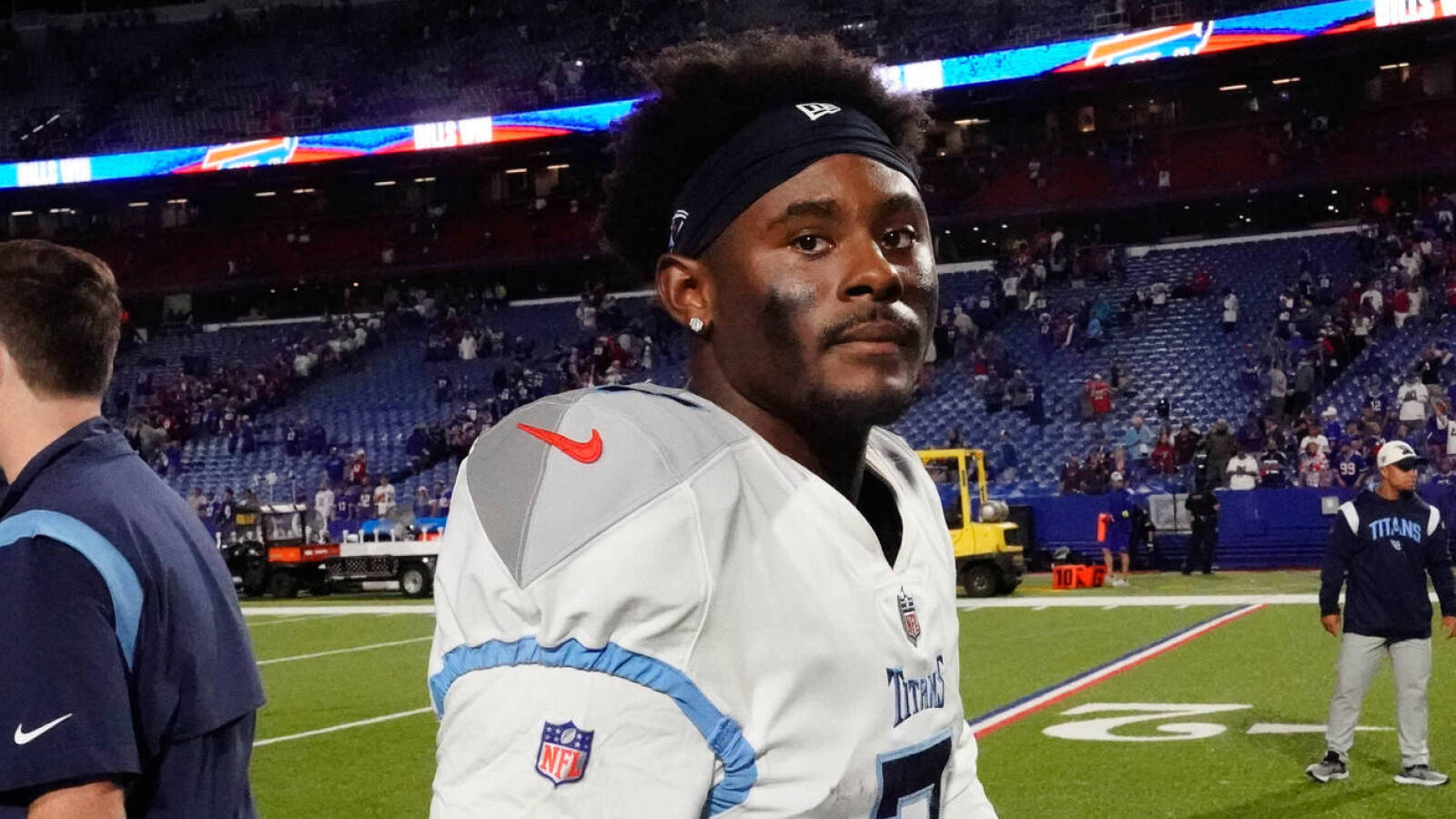 
With starting quarterback Ryan Tannehill missing three days of practice this week due to illness, along with an ankle sprain, the Tennessee Titans are set to give rookie third-round pick Malik Willis the first start of his career, according to Tom Pelissero of NFL Network. After extended time leading the offense in the preseason, Willis will face the Texans this Sunday afternoon for his first taste of NFL football.

Willis started all three preseason games for the Titans this August. In his playing time, Willis was able to display the dual-threat ability that made him such an attractive draft pick. In three games, Willis completed 28 of 51 pass attempts for 318 yards, throwing two touchdown passes and one interception. On the ground, he was able to add 159 rushing yards and a touchdown on only 14 attempts.

Willis’ regular-season action has been extremely limited as Tannehill holds a pretty secure grip on the starting job. He did, though, make his NFL debut late in a Week 2 blowout loss to the Bills. Head coach Mike Vrabel threw Willis right into the fire against one of the league’s best defenses, and it didn’t go great. Willis completed one of four pass attempts for only six yards in garbage time. He was able to get some production out of his legs, gaining 16 yards on four rushes, but lost a fumble in the process.

Willis didn’t get a ton of time with the team’s top receivers in his preseason play but was afforded the opportunity to work with the first team offense all of this week in practice. Unfortunately for Willis, quarterback isn’t the only position affected by injury in Tennessee. The Titans are one of the league’s more battered teams with 13 players currently on injured reserve, six of those being on offense and three of those being his pass-catchers. In addition to those 13, the Titans have two players, fullback Tory Carter and pass-rusher Rashad Weaver, who are set to sit out this weekend.

Willis’ healthy targets will consist of receivers Robert Woods, Nick Westbrook-Ikhine, Cody Hollister and Chris Conley and tight ends Geoff Swaim and Austin Hooper. He should also be assisted by a rookie quarterback’s best friend: a strong run game. Having star running back Derrick Henry to draw a defense’s focus should open up the field for the rookie quarterback to find some success in his first start.

Tannehill is listed as questionable and is likely available to play in case of emergency, but the illness may be a blessing in disguise, letting the Titans rest their starting quarterback while allowing his sprained ankle a little extra time to heal. The Titans currently reside atop one of the NFL’s weaker divisions at 4-2. With the second-place Colts undergoing a transition at quarterback, Tennessee should feel fairly comfortable with their division lead, allowing them to make this play at quarterback. Tannehill will get some rest and Willis will get some experience.