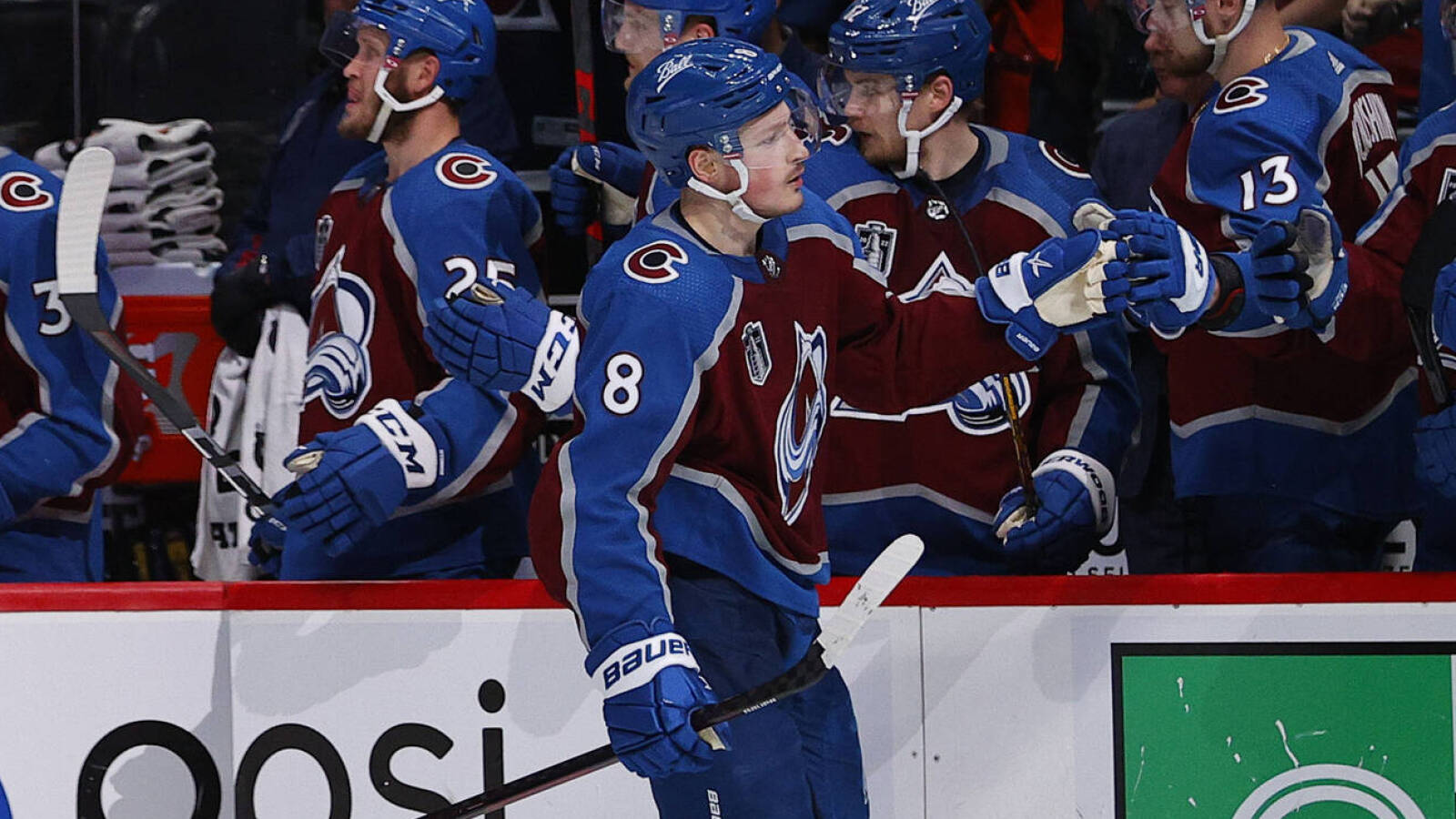 
This series hasn’t quite been the competitive battle we were expecting, and Game 2’s 7-0 Colorado beatdown has me rethinking how to approach these nightly bets.

The concerning aspect isn’t just that Tampa Bay lost by so much in Game 2 and is down 0-2, it’s that they seemingly can’t find any space on the ice.

If Tampa can’t even find opportunities on the ice, I don’t see how they’re supposed to keep pace with this Avalanche offense.

My first bet is built on the belief explained above. This alternate puckline is available on DraftKings, and I find the value to be tremendous considering the Avs just won by seven goals.

The safer choice would of course be to take Colorado’s moneyline at -110 if you agree that they’re going to continue rolling.

The Avalanche are 3-0 in Game 3s this postseason, winning each game by two or more goals. Their average margin of victory in these situations is three goals, and they’ve actually done more scoring on the road this postseason (5.14 goals per game).

The Bolts just look overmatched, I unfortunately don’t think this series is exceeding five games, with a sweep a very real possibility.

Shots on goal were my money maker all season long. It was a heck of a run, and one I am excited about continuing next regular season. Shots have grown increasingly more difficult to project as the postseason has gone on, and one of the biggest frustrations continues to be around stat keepers taking shots away after the fact.

I see it on a nightly basis, and I want to limit my exposure to these external factors as much as possible. Thus, the only SOG target for my night is Cale Makar.

Makar has four shots on goal in Game 2, scoring twice. He now has had 16 shot attempts through two games this series, and his shots have been steady on the road of late. He has finished with four SOG in three straight away tilts, and I like the odds on him doing it again. He’s been dominant all postseason, and the Conn Smythe is in his sights. Obviously, given my bet on Colorado to win, I think the Avs just keep things rolling.

Makar is a massive part of their offensive success and should continue to do his part here. The star defensemen has finished with 4+ shots in 56% of games this postseason.

This is partially a hedge of the first wager here. If Colorado doesn’t win, I have to imagine it will be in part due to the effort of Steven Stamkos, who has been largely invisible this series.

Stamkos has four goals in his last three home games, and he has scored seven times in eight home playoff games this year. His shot volume has jumped in the past two Game 3s at home, finishing with nine SOG and three goals in said situations.

Stamkos is one of the most important players on the Tampa Bay end, and he hasn’t had any impact up to this point. It’s now or never to get things moving.

That will do it for me, given the nature of this postseason, it’s best to keep it light on my end. Love the value on these plus-money looks, so let’s go ahead and have ourselves a night!

At least 15 dead in fire at Bangladesh container depot Queen Elizabeth II and her horses: From first pony to Macron’s jubilee gift