For those unaware, the electric vehicle tax credit is officially back and bigger than ever. The Inflation Reduction Act of 2022 changed which new EVs get a tax break and adds a federal tax credit on select used EV sales, but the requirements are more strict than ever. It’s a big complicated mess.

The “Clean Vehicle Credit” law aims to reduce the upfront cost of an EV for millions of Americans by extending the federal tax credit on purchases to the year 2032. However, several new restrictions include vehicle pricing, income levels, “made in China” rules, and requirements on the material, component, and assembly of the vehicle and battery.

As a result, no one knows what to expect or how to proceed, including automakers. See, if the vehicle costs too much, it won’t qualify for a credit. And depending on where it was made or the batteries sourced, some vehicles only partially qualify.

To make matters worse, many auto manufacturers are raising prices upwards of $7,000 per vehicle, which is about the same as the federal credit, making it basically worthless. Here’s what we know about the federal EV tax credit, which was just signed into law, and what potential buyers can expect.

How Much Is the New EV Tax Credit?

Before this law, buyers of electric cars and plug-in hybrids could get up to a $7,500 federal tax credit if the manufacturer hadn’t sold more than 200,000 qualifying vehicles. GM and Tesla reached that milestone a while ago, and more recently, Toyota passed the 200,000 vehicle limit.

However, the new Inflation Reduction Act extends the credit until December 2032 and removes the 200,000 vehicle limit. Those who buy a new EV after December 31st, 2022, can receive the same $7,500 EV tax credit. Maybe.

Additionally, this latest law now ropes previously owned EVs into the mix. A clean vehicle (electric vehicle, hybrid plug-in, etc.) that’s at least two years old may be eligible for up to $4,000 or 30% of the price of the vehicle, whichever is less. However, that’s only on used EVs sold by a dealer, and the car price can’t exceed $25,000.

There is good news for used EV sales. Used vehicles won’t be required to meet any country of origin requirements.

For all new EVs, the total credit amount is based on several factors, which is why this is all a mess. Where the battery and parts come from and the vehicle assembly region will factor into how much (if any) you get from the federal EV credit.

If a vehicle is too expensive or heavily relies on foreign manufacturing, it won’t qualify for the new credit. And if you make too much money, you’re ineligible for this credit regardless of which car you buy.

For example, 40% of the battery materials must be sourced from North America or a “U.S. trading partner” by 2024 to be eligible for the full $7,500. Then, by 2029, 100% of the battery components must be made and sourced in North America. Currently, most EVs in the United States don’t meet that threshold or cost too much and are ineligible.

Furthermore, only cars assembled in North America qualify for the total incentive, which means that the new KIA or Hyundai you have your eye on doesn’t count. Some vehicles may get partial credit, and others won’t get one at all.

Perhaps the biggest hiccup for buyers is the price restrictions. Any EV classified as a truck, van, or SUV can’t have an MSRP above $80,000. If it does, you can kiss that federal tax credit goodbye. And with the continuous price increases from Ford, Rivian, and Tesla, most EVs are too expensive.

For sedans and hatchbacks, the price limit is an MSRP of $55,000. Anything over that price point doesn’t qualify. However, even if a new EV is relatively affordable, it may only qualify for partial credit if it doesn’t meet the battery and manufacturing restrictions.

And finally, the credit will be unavailable to people making a certain income level. To receive the EV federal tax credit, purchasers must make no more than $150,000 for individuals, $225,000 for the head of household, and $300,000 for married couples jointly filing taxes.

Which EVs Qualify For the Tax Credit (or Don’t)

Are you still with me here? Potential buyers are likely worried, and if you’re asking yourself, “which EVs qualify for the new tax credit?” you’re not alone. The answer to that is complicated, and we’re not really sure what to tell you.

Again, this entire thing is a mess. We’re not sure which EVs will qualify in 2023 simply because we don’t know how much they’ll cost. Almost every major brand has increased pricing lately, even on unreleased vehicles, and we don’t see that trend slowing down anytime soon. And that’s before we even attempt to look at battery materials, assembly, and everything else.

According to the Alliance for Automotive Innovation, over 70 EV (battery, plug-in hybrid, and fuel cell) vehicles are available in the United States. Unfortunately, 70% of the currently available vehicles won’t qualify come 2023.

Each year after 2024, the battery sourcing requirements will increase by 10% and reach 100% by 2029. If things don’t change by then, no vehicles will qualify for the tax credit. That said, Tesla has a facility making battery cells in the U.S., and manufacturers have until 2029 to streamline the process and source materials from acceptable sources.

If you buy a new high-end Ford F-150 Lightning with the extended range battery in 2023, it’ll cost over $80,000 and likely doesn’t meet any of the requirements. Select entry-level models from Ford and others do, though, so keep that in mind.

For example, it sounds like the Chevy Bolt, Chevy Blazer, Ford Mustang Mach-E, Nissan Leaf, and the 2023 (U.S.-made) Volkswagen ID.4 qualify. If Tesla classified its Model Y as an SUV, and you don’t buy the highest trim, it could qualify for the tax credit.

The F-150 Lightning, Rivian R1S, Rivian R1T, Cadillac Lyriq, Cybertruck, and the Silverado EV might qualify. Maybe, depending on the trim and whether or not we see more price increases.

Then, several vehicles not made in North America won’t qualify. We’re talking about the Polestar 2, Polestar 5, all those Hyundai and KIA EVs, Audi e-Tron, Lexus RZ, Nissan Ariya, most Mercedes-Benz models, and several other vehicles. Then, expensive luxury EVs don’t fit the bill regardless of origin. We’re talking about the Tesla Model X, Model S, Lucid Air, BMW models, and any electric truck with a long-range battery.

Ready for some good news? In 2024 and beyond, dealerships can offer buyers the tax credit value upfront, which should ease the pain on your wallet and simplify buying an EV. But again, only if you or the vehicle qualify in the first place.

The Inflation Reduction Act is now official. The new EV credit looks to bring as much manufacturing to the United States as possible, if not all of it, incentivize auto manufacturers to lower prices and help Americans buy clean vehicles.

The way things look right now, this isn’t going to work. Either car manufacturers need to make drastic changes, or this law already needs an overhaul before this ends up working in the long run. Probably both.

Either way, get your popcorn out because it’ll be a doozy 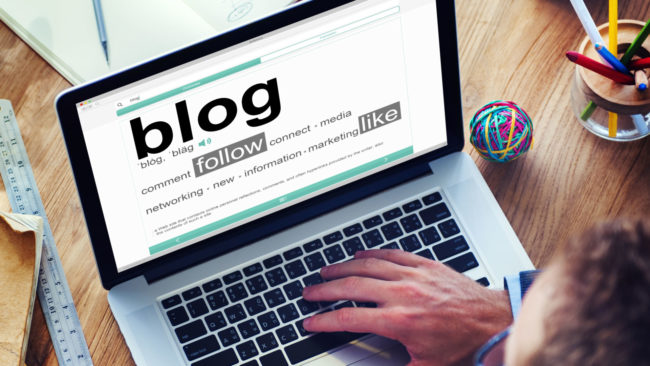 5 Reasons Your Business Should Start Blogging 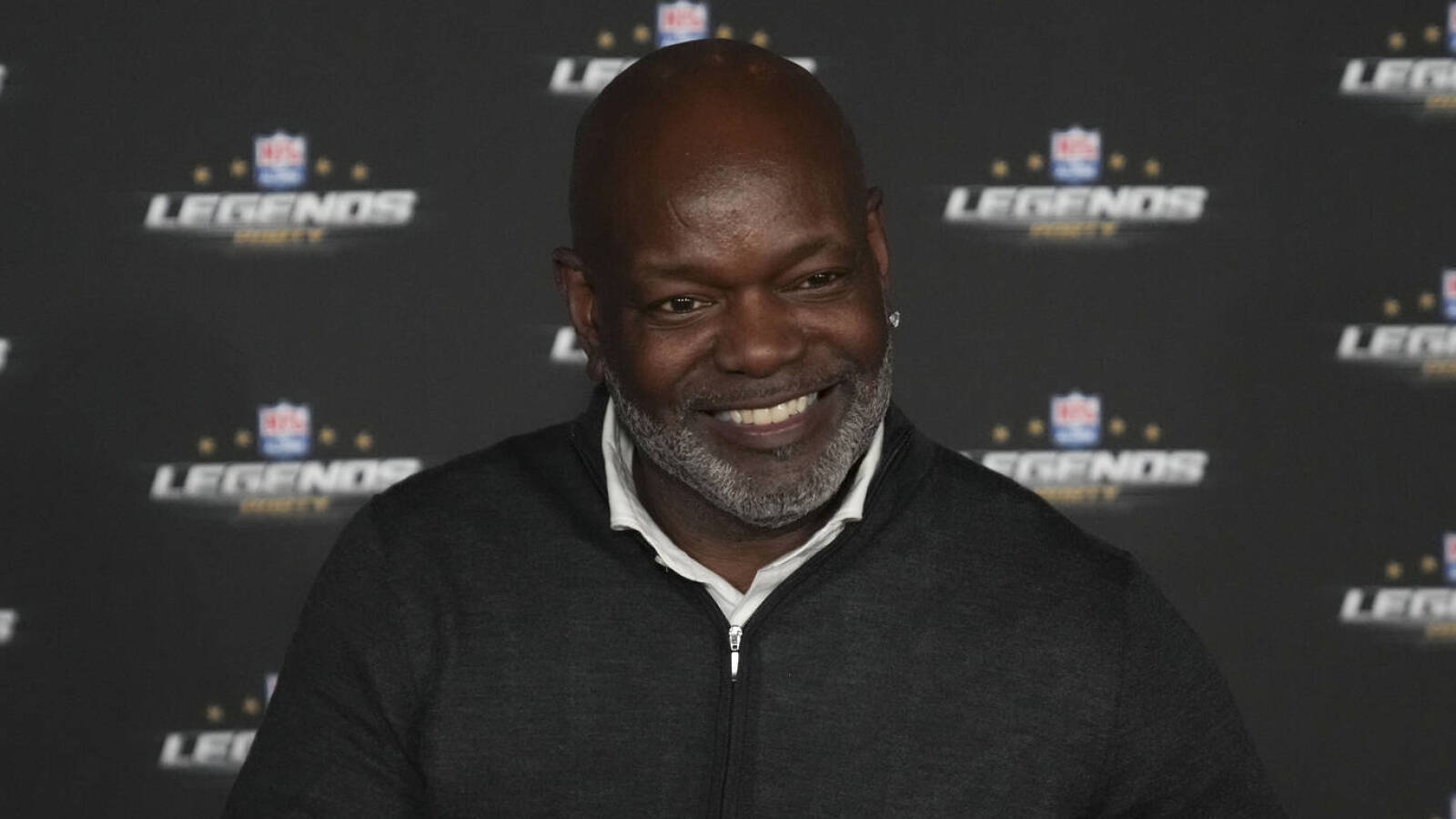 3 Ways to Remove a Connection From LinkedIn on PC, Mobile