Update, 06/13/2022: We’ve reviewed our recommendations and are confident these are still the best VR headsets you can buy.

The technical specifications for VR headsets can be pretty confusing, but you only need to concentrate on a few key areas to narrow things down to the good ones.

First, is the headset a tethered or standalone unit? A tethered VR headset needs a device like a gaming PC or console to provide all the processing power for VR applications. So, you’ll need to make sure your PC has the proper components to run games and support the VR headset at the same time. A standalone VR headset contains all of the necessary hardware to run its VR apps, taking some of the technical labor off the PC or console.

The positional motion tracking method of a VR headset is an important consideration. The modern trend is towards inside-out tracking, where cameras on the headset scan your environment and then calculate your motion relative to those fixed reference points.

The alternative, which are external trackers, tend to be more precise, but inside-out trackers are more portable, elegant, and cut down on wires.

Next, high-resolution display panels inside the headset help the image by making the actual pictures smaller. This reduces the chance that you’ll see the pixel grid while using the headset and makes the experience more immersive. The refresh rate also plays into the immersion factor, and 90Hz is a good working minimum for a headset.

If you fall at either extreme end of the IPD range, however, you may get a blurry image. You can check your IPD with an app or, for the most precise measurement, get it measured by an optometrist.

This is only just scratching the surface of what you need to consider when buying a VR headset. But, don’t worry, as we’ve done all of the research and picked out the best VR headsets for you below.

The Meta Quest 2 isn’t the most premium VR experience, but it’s still likely the only VR headset you’ll have to buy. This headset offers a level of sheer flexibility no other VR system can match.

This is a battery-powered standalone headset that offers the best VR visuals and performance currently possible using mobile computer technology. You can play PC VR titles with the Quest 2 over a USB-C connection and WiFi, as well.

The Quest 2 also has a sizable library of games and experiences explicitly developed or ported from other VR platforms. It’s as user-friendly as any modern gaming console but still allows those who like to tinker with their tech to sideload applications.

Meta’s latest Quest headset is not perfect, but the total package adds up to something more than the sum of its parts. Really, the biggest problem with Quest 2 has nothing to do with the product itself.

Facebook is the parent company of Meta and has introduced a requirement that every Quest 2 user must also have a Facebook account. If you don’t already have one and don’t want one, rest assured that we had no issue setting up a basic throwaway account just for the Meta.

We’re recommending the 256GB version of the Quest 2 because you can’t upgrade the device’s storage, so it’s better to go with the bigger model in case you need the space. There is a 128GB model if you’re looking to save some cash, though.

The Meta Quest 2 does it all, no matter what kind of VR you’re looking to experience, at a price that’s surprising in the best way.

The Meta Quest 2 is also, in our opinion, the best budget VR headset you can buy. The base 128GB model retails for just $299. That’s an unbelievable asking price, given that the Quest 2 is both a standalone VR headset and a PC VR headset.

As such, you don’t need to spend any more money on hardware beyond the Quest 2 if you don’t want to. With the Quest 2’s capabilities, you’re effectively getting two headsets for the price of one—which further bolsters the high-quality credentials of the device.

The cost of native Quest 2 applications might be a little high for some, but Meta has not locked the headset down to one game store, and you can sideload applications from third-party sources if you want to. If you already have a VR-capable PC, you benefit from cheaper PC VR titles.

In some cases, the Quest and Rift versions of a game like Star Trek Bridge Crew are sold as a single cross-buy purchase. If it happens to be on sale in one store, you can save some money and still be able to play it on Quest 2!

There’s no VR headset at this price point—or even double this price point—that offers the same per-dollar value, so it’s easy to recommend the Quest 2 to anyone wanting to enter the world of VR on a limited budget.

As mentioned in our overall category, the only hitch of my Meta product is the Facebook account requirement. But, that’s a relatively small hitch if you opt to make a throwaway account, or already are on Facebook.

The Meta Quest 2 128GB model offers more than enough space for most users while selling you the best overall headset at a very wallet-friendly price.

While there are headsets, such as the HTC Vive Cosmos Elite, that outdo the Valve Index in some specific ways, the Index is the best PC headset as a whole.

Valve’s VR headset is quite expensive, but that’s countered a little thanks to Valve’s modular approach. You can buy any component of the kit as you wish, whenever you want.

So, for example, if you already own the older Index controllers, you can upgrade to the new headset but keep the previous motion controllers to save money. That’s great news for owners of previous Valve headsets, but the total price for the kit newcomers need to buy is steep.

The other major point in favor of the Index is that you’re not going to find something that works better with SteamVR. This is the hardware that SteamVR is designed for, after all. Half-Life Alyx, quite possibly the best VR game, was designed for the Index. You can play it just fine on other SteamVR-compatible headsets, but the Index is the definitive experience for this title and several others.

It’s also important to note that the Valve Index is a positional tracking virtual reality headset. While the overall trend in VR seems to be heading towards inside-out tracking as the standard, the Index relies on base stations to provide this accurate room-scale tracking.

Positional tracking is better and more accurate than inside-out tracking, but it has some downsides. You need to set up a permanent VR space using the base stations and have that set up again whenever you want to move somewhere new.

Compared to the PC VR experience of the Meta Quest 2, where you can take your computer anywhere, plug in the Quest 2 and be in business in seconds, you can see why inside-out tracking may be more popular, even if less accurate.

So, there is only one console VR option at this time, and that’s the Sony PlayStation VR. This add-on for the PlayStation 4 has long been the most affordable way to access premium AAA VR experiences that are comparable to those on PC. Sony achieved this by its Move controllers and PS4 camera accessories and bundling it up with a cost-effective headset.

For a long time, buying a PS4 and a PSVR was less expensive than a tethered PC VR headset by itself, to say nothing of the powerful PC you had to own as well. If you own a PS4 today and want to get into VR, we can heartily recommend the PSVR, especially given that it has many great exclusive VR games. You can also use the PSVR with a PS5, but you need Sony’s special (free) adapter.

The biggest reason to hold off on the PSVR is the imminent release of the PS5-only PSVR2. It is a headset that promises to bring console VR to the cutting edge and perhaps a little beyond it.

However, given that so few people can get their hands on a PS5 and there’s no release date for the headset in sight, the PSVR remains the best (and only) console VR option.

Yes, we’re back to the Meta Quest 2, but this is the category the headset was designed for. It’s not just that the Quest 2 offers solid standalone hardware; it’s also that it has a robust app store. It’s best to think of the Quest as the VR equivalent of a gaming console insofar as it has dedicated versions of VR applications that have been created for it.

The Quest 2 is a significant step up compared to the original Quest in several ways, and Quest 2 exclusive titles that rely on its increased horsepower are on the horizon. Quest 2’s hand tracking system and excellent perimeter Guardian technology make it one of the best VR devices you can own today.

While there have been other standalone VR headsets in recent years, they’ve more or less fallen by the wayside because none have garnered the long-term support and backing the likes of Facebook bring to the table. While needing a Facebook account to use a Meta product isn’t ideal, there’s no denying what the social media giant’s backing has done for this line of VR headsets.

If the Facebook account is no issue for you, then the Quest 2 is the best standalone VR headset on the market.

The Quest practically invented and perfected the concept of standalone VR. The Quest 2 improves on it in most ways and is a clear sign of what VR’s future will look like. 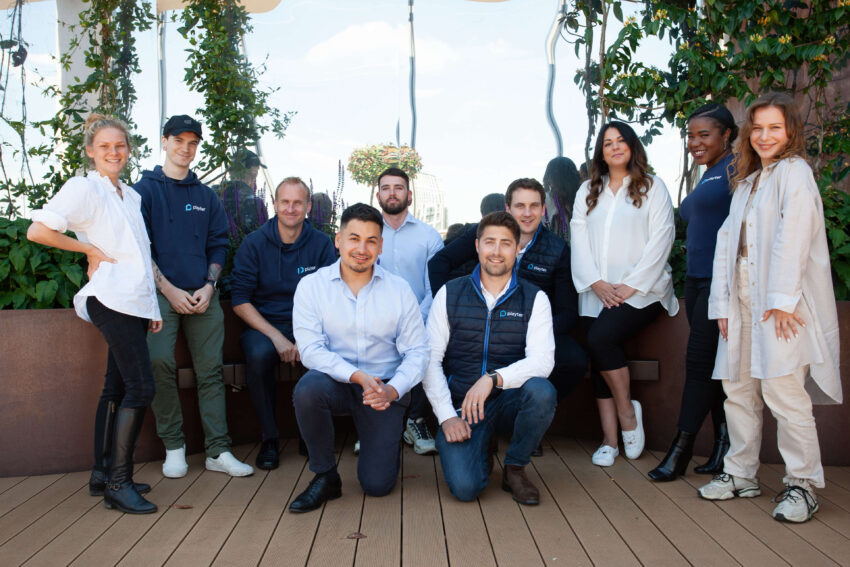