Having a weekly game night with friends or family is an easy way to socialize and stay in touch. If regular old board games ever get stale, you can spice things up with a mystery board game. With everyone actively involved in solving a mystery, the game is fun even when it’s not your turn.

While most people are probably familiar with one of the most popular mystery board games, Clue, there are a ton of other awesome mystery games that you can play as a group and some you can even play by yourself. From solving murders to catching who poisoned someone at work to uncovering strange secrets, there’s bound to be something in this list that strikes your investigative fancy.

Clue Master Detective is just like the traditional Clue game, where you have to figure out who killed Mr. Boddy, the murder weapon, and where the murder was committed. The only difference? There are more suspects, more rooms, and more weapons, which makes the game more fun and playable by more people at once.

More specifically, there are 12 additional murder locations, both indoors and outdoors, two new weapons for a total of eight, and four new suspects—Miss Peach, Monsieur Brunette, Madame Rose, and Sergeant Gray. With all this additional content, there can be 3-10 players (ages 10 and up) involved, and each game should take around 60 minutes to finish.

Clue is a classic game for a reason; this murder mystery was one of the first of its kind and it inspired so many games after.

If you love Sherlock Holmes, there’s absolutely no better board game than Deluxe 221B Baker Street. This deluxe version has 200 different Sherlock Holmes adventures to solve by collecting clues and solving riddles on a Victorian London-themed board.

You’ll need at least two people to play but can play with up to six people at a time if you need a game for a large group. Because of the content within Sherlock Holmes cases, the age recommendation is 14 and up.

At the beginning of a new case, every player is given a Scotland Yard badge, a skeleton key, and a solutions checklist. The rest of the badge cards and skeleton key cards go on the board. After one player reads the case aloud to everyone, and then the case card stays face up by the board for any player to pick it up and review it throughout the game.

On each turn, a player will roll the die, move the appropriate number of spaces around the board, and possibly go into locations around the board—like the museum, library, or apothecary—depending on the number rolled. If you make your way into one of these special locations on the board, you get to read a corresponding clue for the case and get one step closer to solving the mystery before the other players. Each playthrough takes about 90 minutes.

If you like any version of Sherlock Holmes, you will absolutely love exploring a whopping 200 adventures in Victorian London.

Although you don’t play as Nancy Drew in this mystery game, you play as her assistant with clear instructions from her, so still fun for Nancy Drew fans! In Nancy Drew – Mystery at Magnolia Gardens, it’s your job to figure out who poisoned Florence, the director of a botanical garden called Magnolia Gardens. You can play this game solo or have as many people as you want to help you catch the culprit.

The game is recommended for ages 14 and up and should take about 60 to 90 minutes to finish, depending on how much help you have from other people. To catch the culprit, you have to comb through assorted paperwork and clues, as well as solve a few puzzles, like figuring out the correct combination for a locked box.

Short Bursts of Fun: 5-Minute Mystery – The Museum of Everything Game

As the name implies, each playthrough of 5-Minute Mystery – The Museum of Everything takes only five minutes. You can solve a mystery or two by yourself or play with up to six people (ages eight and up) at a time to conquer crime together.

In each game, you search through the rooms to find five hidden symbols and mark them on the included codex. Then, you use those symbols to help you find clues and rule out suspects until you finally arrest the suspect. In total, there are 36 suspects, 36 culprits, 16 clues, 40 scenes, 19 case files, and six reference cards, so 5-Minute Mystery has plenty of gameplay opportunities, even if you play through every scenario in one night!

When playing Deception: Murder in Hong Kong, you’ll find yourself employing skills of deception or deduction, depending on whether you’re playing as the murderer or an investigator. One player is the Murderer, and this player secretly chooses their weapon and the evidence they leave behind. Another player is the Forensic Scientist, who knows exactly what’s needed to convict the criminal but is only able to express what they know through analysis of the scene.

Then, two to ten of the remaining players (ages 14 and up) are investigators, who have to pay attention to the clues at hand and use their knowledge and deductive sleuthing skills to correctly identify the murder weapon and the key evidence needed to convict the murderer. Each game only takes about 20 minutes to complete, so there’s plenty of time for everyone to experience different roles through multiple games!

Whether you play as the Murderer, Forensic Scientist, or an investigator following the trail of clues, you’ll have a blast playing Deception: Murder in Hong Kong.

Mysterium is such a popular game that it even has an online equivalent you can play by yourself or with other random players. In short, there’s a ghost who has witnessed a murder, and it’s up to this ghost to relay specific info to psychic mediums that’ll reveal the suspect, murder weapon, and murder location.

One person plays as the ghost, and one to six other people (ages 10 and up) play as a psychic medium. After the ghost recalls all of the suspects who were present on the night the murder took place, they place a certain number of suspect, location, and murder weapon cards on the table, and then randomly assign them to the psychic mediums. In about 45 minutes, the psychics will decipher vision cards, and piece together clues to figure out who the murderer was and what exactly took place.

If this game sounds intriguing to you, you’d probably also like Betrayal at House on the Hill, another great cooperative mystery game. In this game, you and your fellow players try to survive the night in a haunted house and make it out alive while encountering frightening scenarios and even dealing with players turning on one another within the game.

With a unique spin on the classic murder mystery, Mysterium has made a name for itself in the world of mystery board games.

If you’ve ever been intrigued by cold cases, this is the board game for you. There are so many Unsolved Case Files games to choose from, so if you’re hooked after solving the mystery of Who Murdered Harmony Ashcroft?, there are plenty of other games to explore within this cold case series.

To completely finish the game, you’ll need to solve three different missions. You’ll have to prove why the convicted man is innocent, disprove a key suspect’s alibi, and identify the specific clue that’ll put the true killer behind bars for Harmony’s murder. To find the solution to these three mysteries, there are over 50 evidence photos and documents for you to comb through, including newspaper articles, crime scene photos, an evidence report, phone records, suspect interrogations, witness statements, and more.

You can solve the mystery by yourself, or employ the help of seven other friends (ages 14 and up) to uncover Harmony Ashcroft’s killer. Depending on how many people are playing and how good all your deductive skills are, the game can take anywhere from 30 minutes to two hours.

For a Combo of Horror and Mystery: Mansions Of Madness: 2nd Edition

Mansions Of Madness is another game where you (and up to four other players) roleplay as an investigator, exploring haunted mansions and other mysterious locations to solve puzzles, reveal secrets, and even engage in the occasional battle. The biggest difference between Mansions of Madness and other investigative games is that you need to use a free digital app (Android/iOS) to play.

The board game comes with rulebooks, plastic figures, map tiles, five dice, and some cards and tokens, but the app is required to guide players through each scenario within the game. Anyone ages 14 and up can play, and you’ll want to carve out quite a bit of time to play this game, as the average playtime is two to three hours.

For a Combo of Horror and Mystery

You’ll need to download a mobile app in order to play Mansions of Madness and immerse yourself in a haunted mansion experience.

Scooby Doo in Betrayal at Mystery Mansion is actually based on Betrayal at House on the Hill; it’s just a more kid-friendly version with characters and stories from the Scooby Doo series. Two to five players get to choose a famous Scooby Doo character—Scooby Doo, Shaggy, Velma, Daphne, or Fred—and explore the mansion to find clues and come across strange events or monsters.

Once enough clues are discovered, the Haunt begins, and one player will actually switch sides and play the role of the monster. Then, it’s up to the other players to stop the monster before it can carry out whatever its plan is. Anyone ages eight and up can play, and the game takes about 25 to 50 minutes to complete, so it’s easy to squeeze in multiple games in a single night!

If this Scooby Doo game doesn’t seem like the right fit, Spy Alley is another great mystery game to play with the whole family. In this game, each player takes on the role of a spy from a specific country. Then, it’s up to each player to uncover everyone else’s true identity before their own is revealed.

Like the Sherlock Holmes game mentioned above, Letters From Whitechapel also takes place in Victorian London, with the board representing the Whitechapel district in 1888. One player takes on the role of Jack the Ripper, a dangerous serial killer who actually terrorized the Whitechapel district in the 1800s. Then, one to five other people act as detectives who try to catch Jack or stop him from reaching his hideout. If the person playing Jack kills five victims without being caught, that player wins.

Players have four nights to find clues and catch Jack, with each night consisting of two parts and a few different phases. Or, if you’re playing as Jack, you have the same four nights to outsmart the detectives and walk away unscathed. Each game takes about 90 minutes to complete, and anyone ages 14 and up can play.

Based on stories of the real serial killer, Jack the Ripper, Letters From Whitechapel will have you on the edge of your seat the entire game. 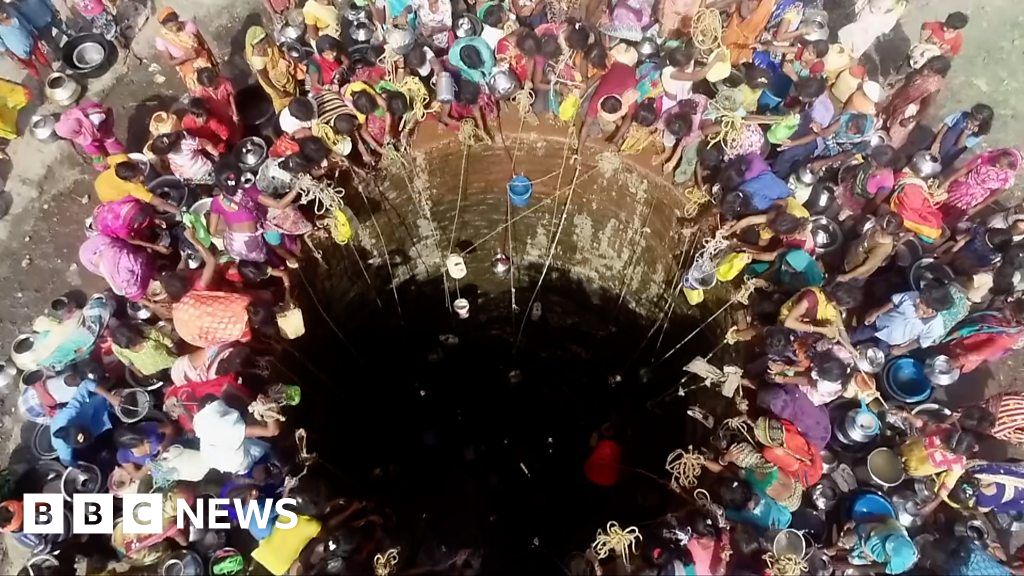 Hundreds jostle for a drop of water in India state 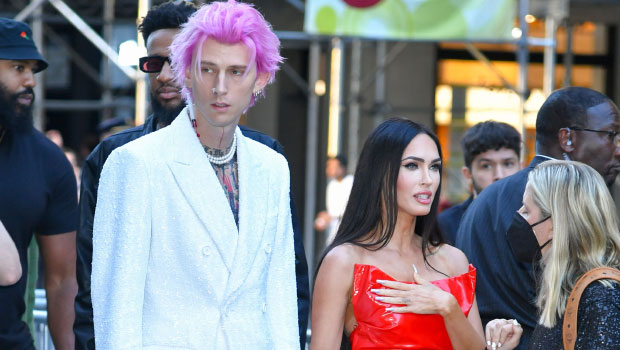