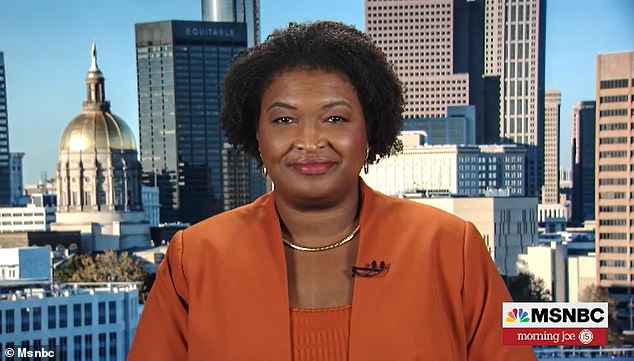 
Stacey Abrams appears to suggest abortions are a way to fight inflation: Georgia Democrat says ‘having children is why you’re worried about’ rising prices – and you can’t separate ‘unwanted pregnancies’ from ‘economic issues’

Her critics immediately accused the progressive voting rights activist of offering abortion as a way to fight out-of-control inflation that’s currently plaguing Americans across the country.

She was asked on MSNBC’s Morning Joe, ‘I would assume, maybe incorrectly, but while abortion is an issue – it nowhere reaches the level of interest of voters in terms of the cost of gas, food, bread, milk, things like that…what could you do as governor to alleviate the concerns of Georgia voters about those livability, daily, hourly issues that they’re confronted with?’

Abrams pivoted the conversation back to abortion rights, countering that whether or not to have a child is an economic issue as much as a reproductive issue.

‘For women, this is not a reductive issue. You cannot divorce being forced to carry an unwanted pregnancy from the economic realities of having a child.’

Across the country, Democrats have found new hope in an otherwise bleak November midterm outlook as voters nationwide express outrage and opposition to the Supreme Court’s overturning of Roe v. Wade in June.

Since then, 12 states have banned abortion. Georgia currently has a so-called ‘Heartbeat bill’ which outlaws the procedure after six weeks.

‘This is a both/and conversation, we don’t have the luxury of reducing them or separating them out,’ Abrams said.

‘Women, half the population, who are of child bearing age – they understand that having a child is absolutely an economic issue.’

She added, ‘It is only politicians who see it as simply another cultural conversation. It is a real biological and economic imperative conversation that women need to have.’

She also listed off how a governor could tackle rising family costs while taking a jab at her opponent, Republican Governor Brian Kemp. 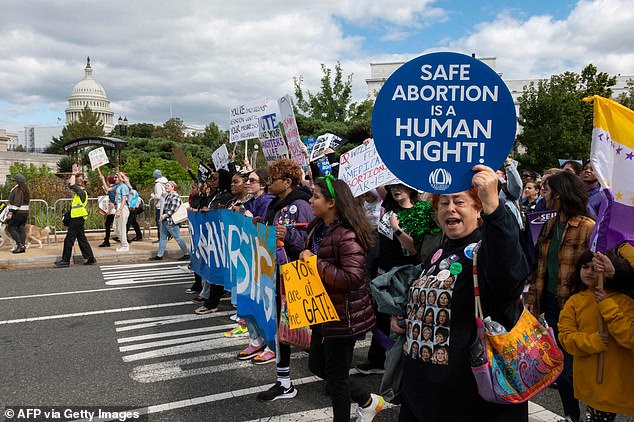 Demonstrators march past the US Capitol during the annual Women’s March to support Women’s Rights in Washington, DC, October 8, 2022

‘Wait a minute, [Stacey Abrams] believes and want you to believe having an abortion is a good way to drive down the cost of gas and food? DAMN!’ wrote former Georgia Republican House hopeful Vernon Jones.

Throughout most of this year, polls have shown Kemp leading Abrams ahead of the November 8 race. However, the Republican’s narrow margin has inspired hope for Democrats, who are also fighting an uphill battle to hold onto one of the state’s Senate seats that’s up for re-election this year.

Out of 13 surveys between mid-September until earlier this week, Kemp is beating Abrams in every single one by margins ranging from 1 point to 10. 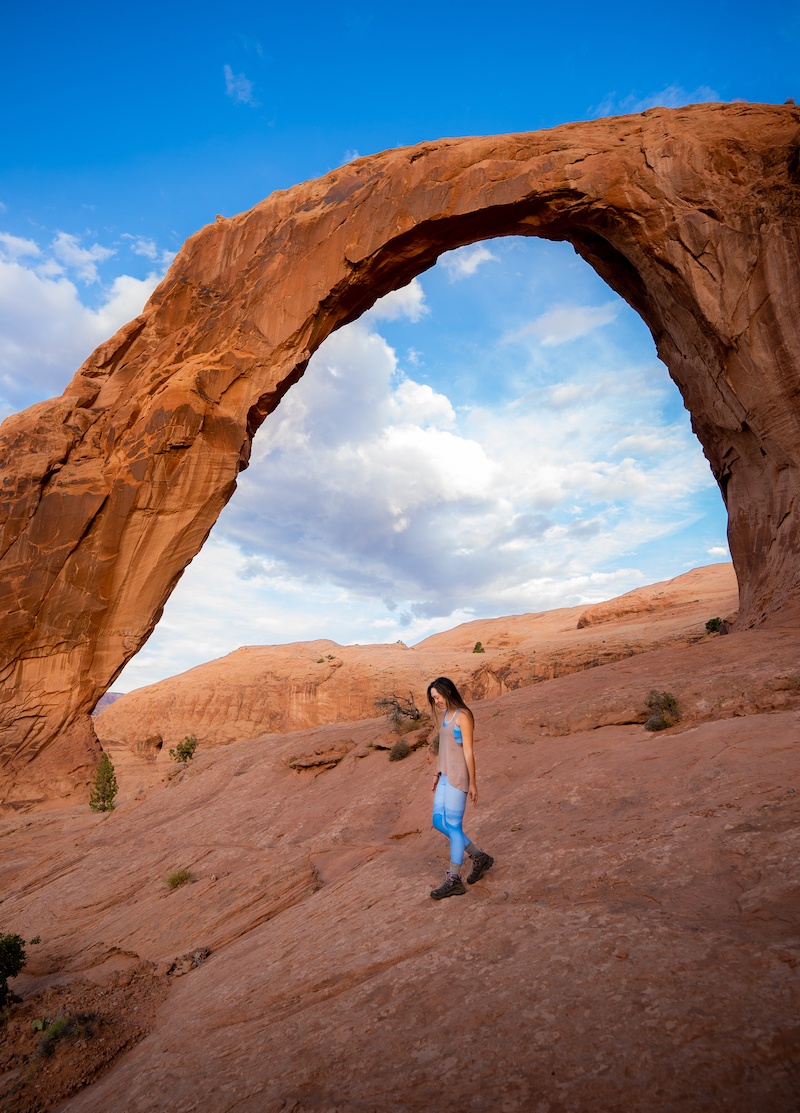 20 Awesome Things to Do in Moab, Utah 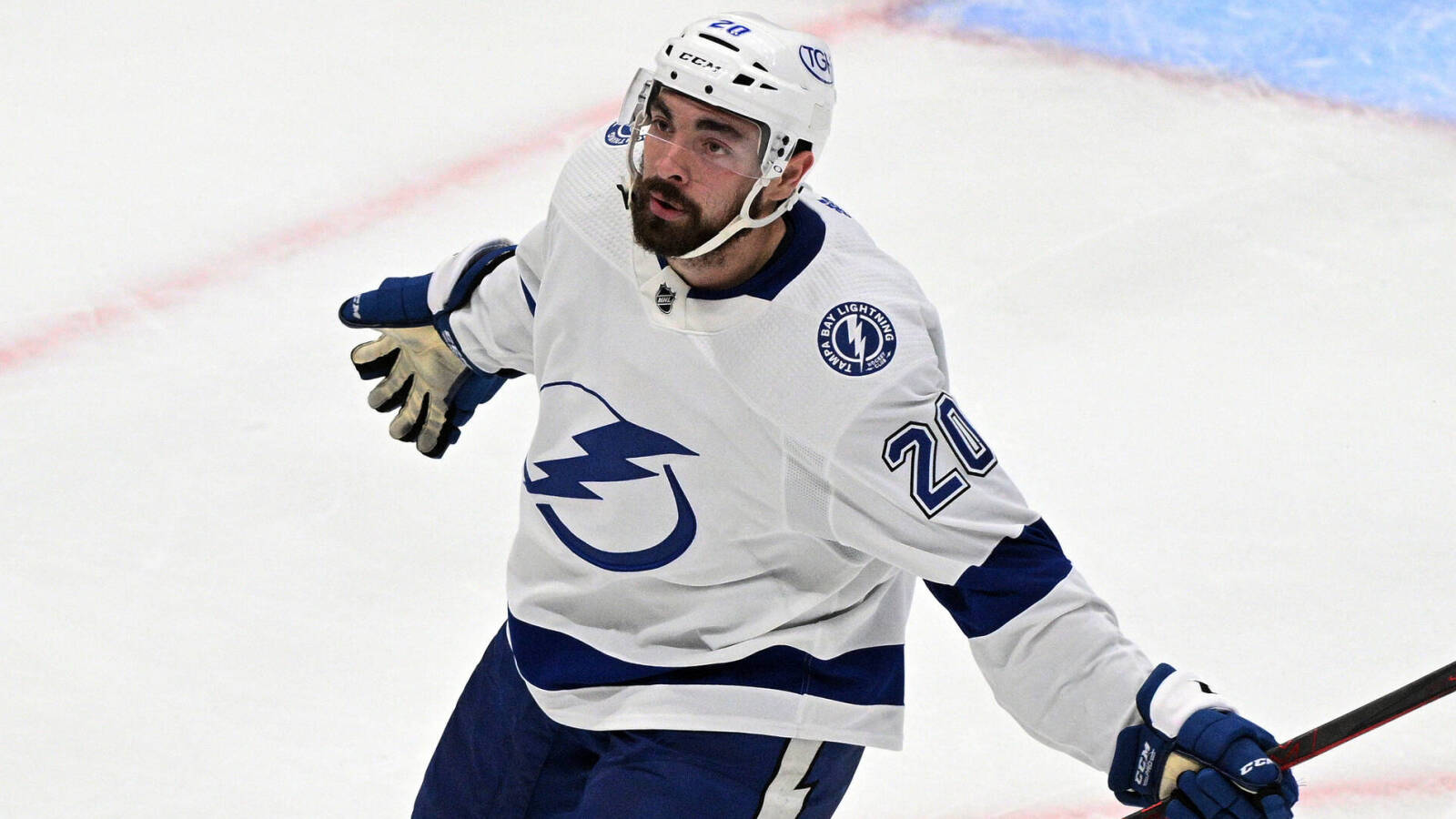