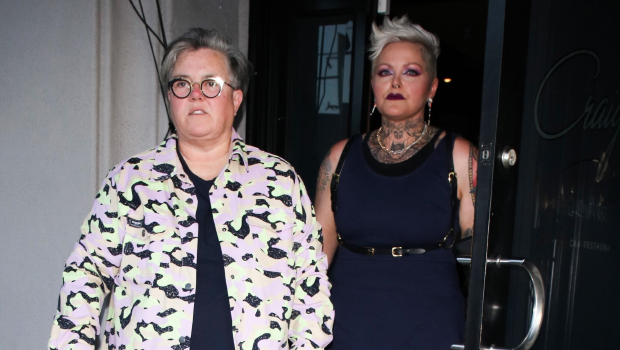 
Only four months after a joyous Pride month relationship announcement, Rosie O’Donnell and massage therapist Aimee Hauer are done, Us Weekly confirmed on Wednesday, October 26.  The Harriett The Spy star, 60, first revealed the relationship with a simple repost from Aimee’s private Instagram account on June 1. The since deleted photo showed Aimee, 43, happily drawing Rosie into her arms as they leaned in close to one another and smiled. “Happy PRIDE!!!” TikTok influencer Aimee captioned the shot, while Rosie’s repost remained uncaptioned.

Per PEOPLE, back in September the A League Of Their Own icon opened up to Howard Stern about the beginning of the relationship. “I watched … her TikToks and every time I saw her, I would smile and [be] like, ‘This woman is, like, perfect,” she said on the shock jock’s SiriusXM show. “Look at her, she’s so happy and enthusiastic and beautiful and bright and she has a light coming from her.”

Rosie then admitted that it all began via DM. “I sent her a DM,” she explained. “I thought maybe we would just be friends. I said, ‘You’re very beautiful. I love your look,’ and, like, 10 days later she wrote me back with a little video.” In July, the couple appeared to be going strong, reportedly appearing together on the red carpet at the Los Angeles benefit for Stand Up for Friendly House at the iconic Fonda Theater. The actress seemed to be in deep with Aimee and didn’t hide her feelings as she spoke with Howard. “I’m in love,” she said. “She’s really kind and wonderful, and I like the pace we’re going at. It’s not like a U-Haul situation.”

Per Page Six, according to an appearance on the Lesbian Speaking podcast, Aimee was raised as a Mormon in Boise, Idaho, and was previously married with a son. She has spoken extensively about reconciling her sexuality with the tenets of the religion. Hollywood veteran Rosie shares 2 sons and two daughters (Parker, 27, Blake, 22, Chelsea, 24, and Vivienne, 19,) with her ex-wife Kelli Carpenter. She also has a daughter, 9-year-old Dakota, with ex Michelle Rounds, who tragically passed away in 2017 after a reported suicide.

Simone Johnson: 5 Things About ‘The Rock’s Daughter, 21, Who Just Made Her WWE TV Debut Is Amazon Kindle Unlimited Worth It?