A significant number of women working in tech experience physical and verbal harassment in their careers, and nearly half (44%) in the U.S. have seen an increase in workplace sexual harassment over the last five years, according to a new report from managed services provider Ensono.

The company surveyed 1,500 women evenly divided across the U.S., U.K. and India this year to better understand the experiences of women working in the tech industry, examining topics such as learning and career development, workplace harassment and gender equality.

The third annual Speak Up survey released Thursday found that one in five women (22%) from the U.S. and India report experiencing verbal abuse at work, with the U.K. following closely at 21%. In the U.K., women reported more subtle forms of discrimination, such as microaggressions (23%) or being dismissed in group settings (25%).

Further, 91% of Latina women and 72% of Black women said they’ve experienced discouragement or setbacks in their careers, compared to 64% of white women.

“For our Speak Up initiative this year, we chose to focus on what is changing for women pursuing tech careers and the unique needs and experiences of women across the globe,” explained Meredith Graham, chief people officer at Ensono, in a statement. “It’s clear there is still a lot of work to be done to promote and enact real change for women in the workplace, especially in technology, which is a predominantly male industry.”

Career opportunities and advancement challenges for women in tech

The study found that women feel they are discouraged from pursuing STEAM careers. Sixty-seven percent of respondents said they have experienced discouragement or setbacks while pursuing a career in technology. These setbacks range from discouragement in pursuing a STEAM career in high school or earlier (45%), feeling as if the career path was male-dominated (44%) and being told the career path was too challenging for women (36%).

Women in tech are interested in learning and development, yet in the U.S and U.K., only a third of women said their company offers training programs or academies. Meanwhile, 60% of women said they have heard from employers that a lack of skills holds them back.

Another significant finding was that in all locations, women shared that their companies made female candidates feel they needed to “prove” themselves more than male candidates. More than a quarter of women from all countries surveyed also said their companies interview more men than women.

One in 10 U.S. women said female candidates are subject to harassment during interviews, with even higher rates of occurrence in India and the U.K. Disturbingly, a quarter of female tech workers in India reported that they believe their company interviews women for optics. Women in India are also more likely to be asked questions about their family life than women in the U.S. or U.K., according to the report.

While 24% of low-level employees and 19% of mid-level employees somewhat or strongly disagree that their company treats male and female employees equally, that number drops to only 12% of senior-level executives and just 7% of those in the C-suite.

With 20% of women respondents reporting that they will seek a new job within the next year, the demand for learning and training initiatives showcases an opportunity for employers to invest in the career development of female tech workers, the report said.

Pay inequity for women in tech

In the U.K., more than a quarter of women respondents said men and women are not treated equally in the workplace, and nearly a third of women believe their companies pay men and women unequally — higher than U.S. respondents. The differing experiences of women across regions are an important distinction for global technology organizations, the report noted.

Based on the report data, the C-suite is out of touch with gender pay equity. When it comes to salaries, 29% of low-level employees, 23% of mid-level staff and 25% of senior-level employees somewhat or strongly disagree that their company pays males and females equally. That is true for just 6% of the C-suite.

On a brighter note, 85% of women in tech feel they have more job opportunities due to remote and hybrid work, and 82% of women in tech reported that remote and hybrid work has made them happier, the report said. This indicates that the flexibility of remote work has positively impacted women and their careers, especially regionally, the report said.

How to reduce the barriers for women in tech

It is important for company leaders to not only listen to women about their experiences but also create a culture of communication and advocacy to help reduce the barriers women face every day, Graham said in a statement.

In addition, organizations should “continue to challenge themselves to reduce bias, prevent harassment, and build a more inclusive environment for people of all genders,’’ Ensono advised in a blog post about the survey. “They should offer training and development opportunities with an eye toward attracting, retaining and developing female tech leaders.”

Gender equity is always a work in progress, Ensono noted. Companies can ensure they stay on the leading edge by keeping these issues top of mind. 3 Ways to Set a Sleep Timer on Your TV 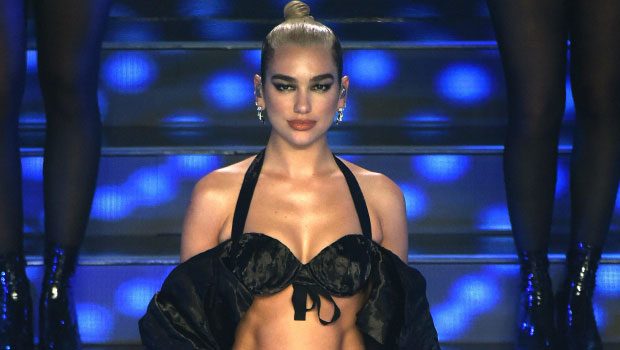