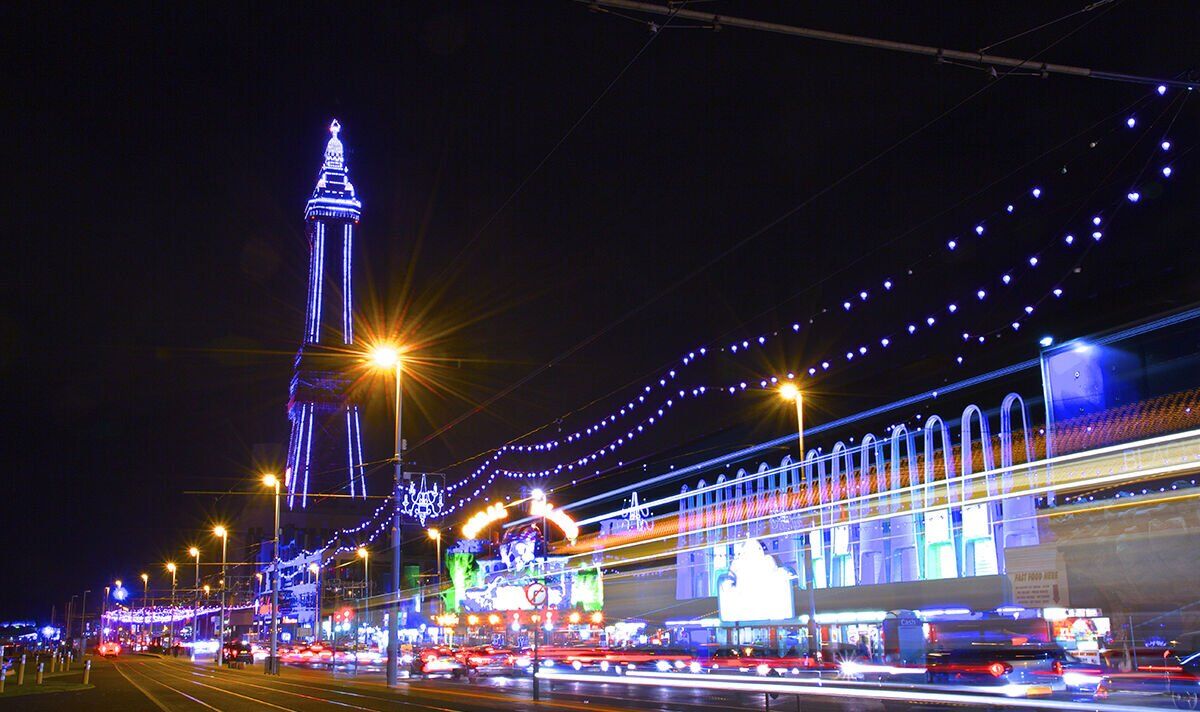 
The “Wild West” display, which has been part of the iconic sequence since the 1960s, depicts six men in headdresses around a totem pole. However, two people complained to Blackpool Council, claiming it “supports racism and discrimination” and the Labour-controlled authority has decided to remove the tableau.

Tony Perry, an NHS manager and author, filed his complaint in September last year, according to Lancs Live.

In it, he wrote: “I was dismayed to see stereotypical Native peoples dancing before a totem pole on the Visit Blackpool site for the Blackpool Illuminations. I understand there is a second illumination showing native Hawaiians in caricature as well. Native Americans have long been caricatured – often in the name of ‘honouring’ them – as an attempt to erase our culture, redefine our history and assimilate us with Euro-centric ideals.

“Showing – let alone promoting – such illuminations also does little to promote Blackpool as a welcoming community. Instead, it paints Blackpool as a community that supports racism and discrimination. It doesn’t reflect the difficult conversations and changing societal values on race that we’ve seen since the Black Lives Matter protests that sparked your resolution. Worse still, these illuminations are seen by hundreds of thousands of people each year, which means that they spread stereotypes to other communities in the UK and beyond.”

Tony is a citizen of the Chicksaw Nation – a native American tribe – which sees itself as “people with at least dual-citizenships”.

“It’s really not about just taking something away, I’m not saying let’s shut it down and move on. I’m saying let’s make something better,” the NHS boss added.

“It’s a gap in knowledge and that is totally understandable, I’m native American so I know about it, but I don’t know about indigenous people from Brazil or Australia if you know what I mean. So it’s practicality but it’s also just having a think because I wouldn’t want to caricature an aborigine from Australia.”

But the council’s decision has angered many people – both tourists and locals.

“Blackpool Council need to give their heads a wobble,” wrote one Facebook user, who lives in the town.

“What a joke this country is becoming,” one man, who regularly visits Blackpool, posted online.

A third Facebook user said: “How pathetic is this world becoming.”

However, Tony, who is also an author, said: “The council were very responsive to my concerns, I raised them in September last year and they responded quite quickly then to say they would take it under review. They have done that, they got in touch with me around a month or so ago and we chatted about where things were.

“They said they have made the decision to retire the tableau and wanted to work with me to try to find a Native American artist to try and replace it. It’s not about taking something away, it’s about replacing it with something that I think does work with what the original designer wanted to do. So in terms of celebrating what they had in mind for native people and our culture, being a part of the illuminations and its exhibit, there is a way this can happen by actual native artists.”

It is understood that Blackpool Council is now working with Tony to find a Native-American artist to replace the display.

Blackpool thrives on tourism and the illuminations, founded in 1879, are a big draw for visitors.

Prior to the pandemic, some 18 million people visited the town every year.

A council spokesperson said: “We are re-imagining the tableau for the 2023 Illuminations season with input from representatives of the Native American Network. We are looking to produce a new design that will celebrate indigenous culture. The current tableau will be rested for this season to enable that work to be undertaken.”

The future of urban housing is energy-efficient refrigerators