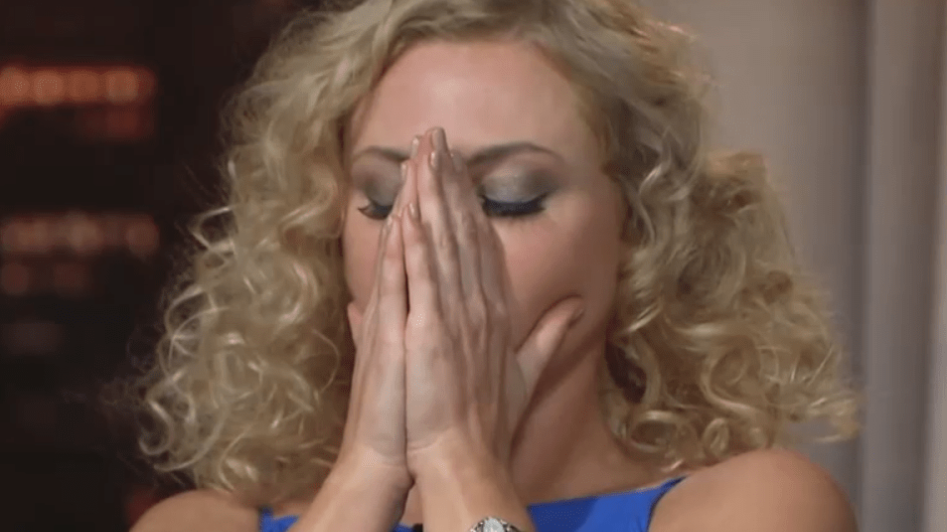 
Even before Natalie Mordovtseva left Mike Youngquist, 90 Day Fiance trolls were cruel to her.

Now that it’s over, these “fans” have only doubled their efforts, demanding that she be sent back home.

Well, obviously, Natalie could not return to Ukraine right now. The nation has been invaded, its inhabitants subjected to genocide and torture.

Natalie does see those hateful messages, however. And now she has a strong message of her own.

“This is a kind reminder to people who send me home,” Natalie began in a recent Instagram post.

“Well, I lost one,” she wrote, pointing out that this is “like many Ukrainians did.”

“For some of you who forgot that Ukraine is a country where I come from ( not Russia or any other country),” Natalie added, “just wake up!”

There has been a persistent problem of ignorant 90 Day Fiance fans confusing Ukrainian cast members for Russians.

This was a bad thing to confuse before Russia’s brutal invasion. Now, it’s worse.

“You don’t even know what my personal character is, and how I’m in real life,” Natalie argued.

“Do you see me offending anyone back on social media??” she asked.

Natalie continued: “Or talking ugly about people who I have no clue about? NO?”

“You see only what is made for ratings and money,” Natalie then suggested.

“And I’m sorry to disappoint you,” she claimed, “but I’m just a great entertainer!”

“Let’s be honest, at the end of the day people want to watch a great show,” Natalie suggested.

She wrote that people simply want “to escape their own problems.”

“And,” she elaborated, “just rest their minds from work!”

“So, I’m happy to be a part of hard and extremely exhausting work process of being on tv,” Natalie said.

“And,” she then added, “dealing with all the pressure to make it watchable!”

90 Day Fiance doesn’t use a script, but the cast knows that they’re being filmed. Of course they act over-the-top.

“If you have any ideas or delightful thoughts that you could do a great show and better than I’m,” Natalie wrote.

She encouraged: “I strongly recommend you to quit your jobs and GO FOR IT!”

“Attempt millions of castings and apply for a job on tv!” Natalie then wrote.

“And Good luck on that!” … Are we detecting a hint of sarcasm? (Yes)

“And,” Natalie concluded, “we might meet on set one day.”

A lot of 90 Day Fiance couples should not be together. Some of them even realize it.

However, the fandom does have a very toxic tendency to cry “send them back!” at the drop of a hat.

That’s not the same as suggesting a breakup. There are alarming xenophobic undertones to statements like that.

When it comes to the hatred of Natalie, some fans are also being short-sighted.

Hating only one of them over their relationship seems … misguided.

Former Dallas Cowboys scout can see Jerry Jones trading for Deebo Samuel, but would it be a wise move?