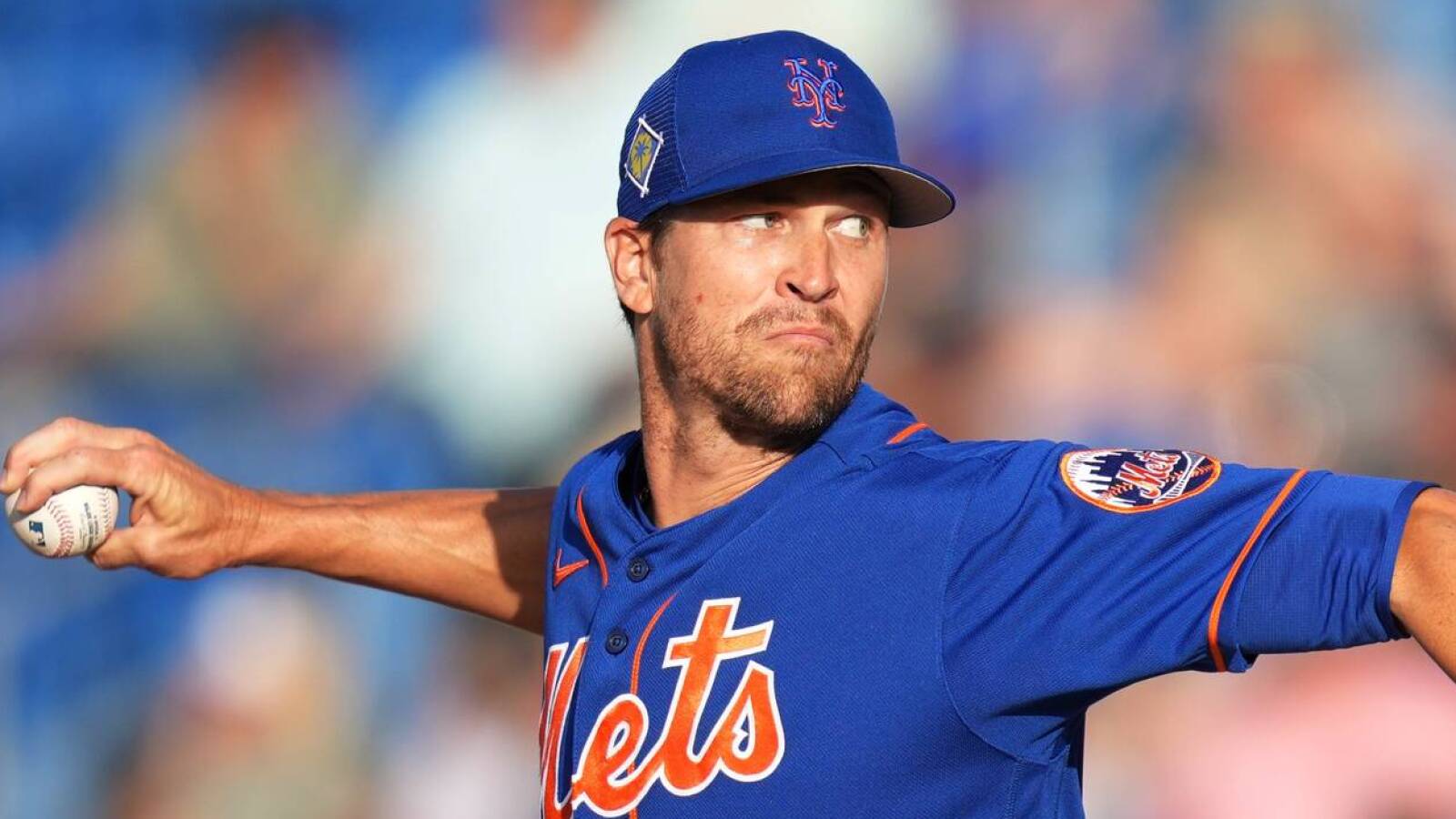 
The Mets are planning to reinstate Jacob deGrom from the 60-day injured list Tuesday, reports Anthony DiComo of MLB.com. The two-time Cy Young winner will make his season debut against the Nationals.

deGrom hasn’t pitched in a major league game in just shy of 13 months. He was on his way to one of the most dominant pitching seasons in history last year, working to an absurd 1.08 ERA with a 45.1% strikeout rate through 15 starts. He had a few injury concerns along the way, however, and landed on the IL coming out of the All-Star Break due to a forearm/elbow issue. That eventually proved to be season-ending, with the righty’s final outing of the year coming on July 7.

New York anticipated reinstalling deGrom atop the rotation alongside offseason free agent pickup Max Scherzer to form the game’s scariest 1-2 punch. Just before Opening Day, deGrom experienced some shoulder soreness during a throwing session. He was diagnosed with a stress reaction in his scapula, an issue that cost him almost the first four months of the 2022 campaign.

deGrom has been building back to game action for a while, and he began a minor league rehab assignment at the start of July. He’s made four starts, topping out at four innings and 67 pitches. His most recent appearance at Triple-A Syracuse came on Wednesday, so he’ll get a six-day rest before joining the big league club. DiComo writes that he’ll unsurprisingly be on a strict pitch limit for his first appearance, but the Mets anticipate he’ll gradually build towards a traditional starter’s workload throughout the second half.

The Mets rotation will be more or less at full strength for the first time all year. deGrom will step into an excellent starting five alongside Scherzer, Chris Bassitt, Taijuan Walker and Carlos Carrasco. Scherzer has been his typically dominant self, while Walker has somewhat quietly posted a 2.67 ERA across 17 starts. Bassitt had a rough stretch between May and June, though the typically reliable righty has bounced back with a 3.20 mark this month. Carrasco is a more than qualified fifth option, posting a 4.07 ERA with better than average strikeout, walk and ground-ball rates. David Peterson is a solid sixth starter. The Mets do remain without righty Tylor Megill due to a shoulder injury. Manager Buck Showalter told reporters Friday the club was viewing Megill as a bullpen option for the rest of this season once he makes his return, which won’t be until at least late August.

The Mets are a virtual lock to make the postseason, and the organization is surely anticipating running out three or four members of that group in a playoff rotation. The more immediate concern is holding onto a three-game lead over the defending champion Braves in the NL East, with the new postseason format’s first-round bye making it particularly advantageous to finish as a top-two seed in each league. It appears the National League’s byes will wind up going to the Dodgers and the East winner.

As for deGrom, he’ll have two months (plus any postseason action) to reestablish himself as the sport’s best pitcher now that he’s healthy. In spite of his absence, the 34-year-old has maintained he plans to opt out of the final guaranteed season of his deal at the end of this year. That’d be a no-brainer decision if he demonstrates he remains at peak form for the final couple months, particularly with one of the top impending free agent starters (Joe Musgrove) now unlikely to hit the market. How to Move a Table in Microsoft Word

6 of the Most Expensive Mobile Apps You Can Buy Today