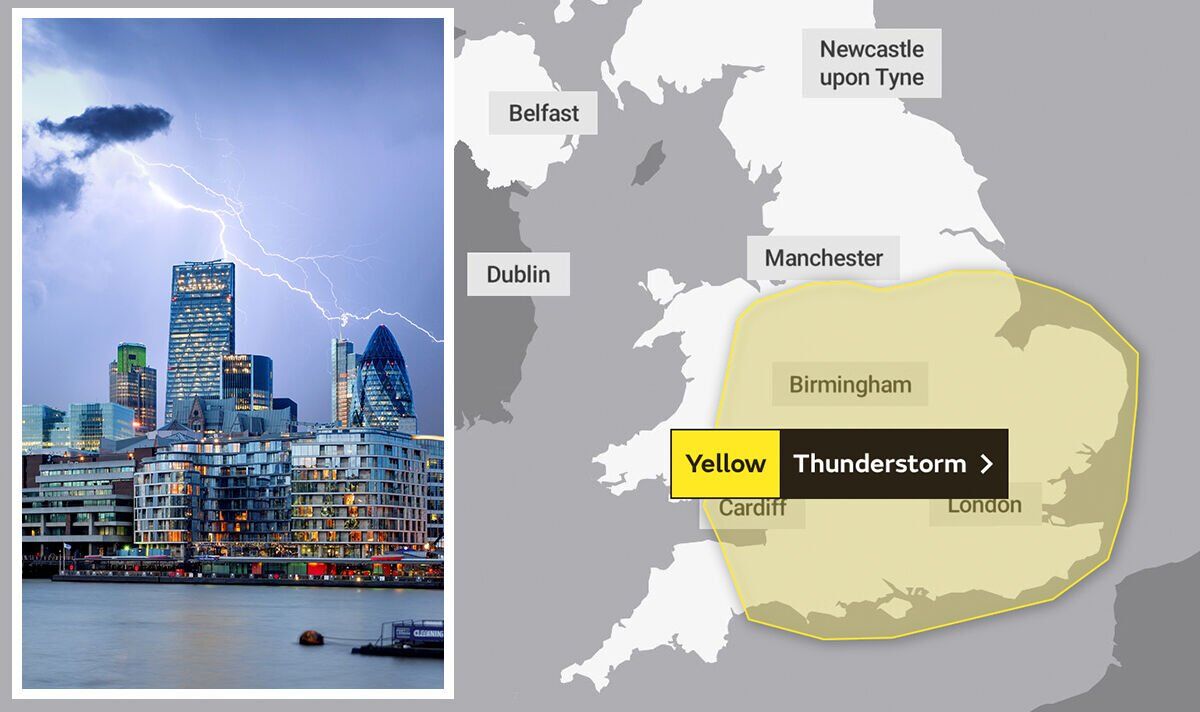 
The Met Office has issued seven warnings for Thursday over thunderstorms and torrential downpours that may cause travel disruption and, in a few places, flooding. The service warned that homes and businesses could be flooded, with floodwater potentially causing danger to life.

The Met Office said: “Thunderstorms are likely to break out in some areas, particularly during the afternoon and early evening. While most places will probably miss them, where thunderstorms do occur there is a chance that in a few places up to 40 mm of rain could fall in an hour or so and 40 to 60 mm could fall in two or three hours.

“These torrential downpours may be accompanied by frequent lightning, whilst gusty winds and hail may also affect a few places. The exact location of the thunderstorms will be hard to pinpoint, so the warning area will be kept under review and updated if necessary.”

Due to the forecast, the service warned people about the force of the rain, which could cause severe disruptions in multiple ways and pose threat to life.

The advice read: “Where flooding or lightning strikes occur, there is a chance of delays and some cancellations to train and bus services. Spray and sudden flooding could lead to difficult driving conditions and some road closures.

“There is a slight chance that power cuts could occur and other services to some homes and businesses could be lost. There is a small chance that some communities become cut off by flooded roads.”

People should take extra care when travelling in heavy rain, strong wind and thunderstorms, according to the service.

“Although the water may seem shallow, just 12 inches (30cm) of moving water can float your car, potentially taking it to deeper water from which you may need rescuing. Flood water also contains hidden hazards which can damage your car, and just an egg-cupful of water sucked into your car’s engine will lead to severe damage.”

During a storm, people should stay indoors as much as possible. The advise adds: “If you do go out, try not to walk or shelter close to buildings and trees. Keep away from the sheltered side of boundary walls and fences – if these structures fail, they will collapse on this side. Do not go outside to repair damage while the storm is in progress.

“If possible, enter and leave your house through doors in the sheltered side, closing them behind you. Open internal doors only as needed, and close them behind you. Take care when driving on exposed routes such as bridges, or high open roads, delay your journey or find alternative routes if possible.

“Slow down and be aware of side winds, particular care should be taken if you are towing or are a high sided vehicle. Do not drive unless your journey is really necessary.”

All the regions and local authorities affected: 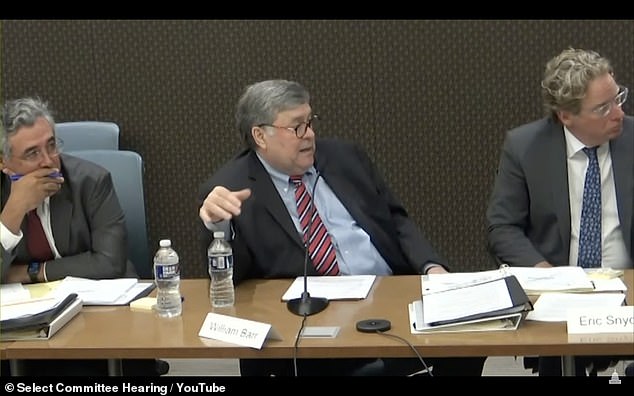 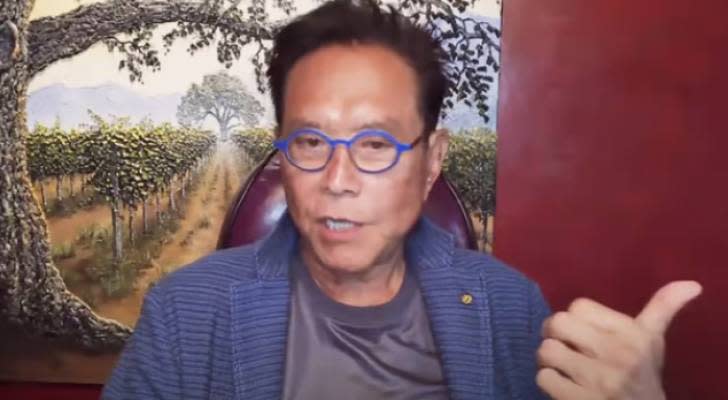