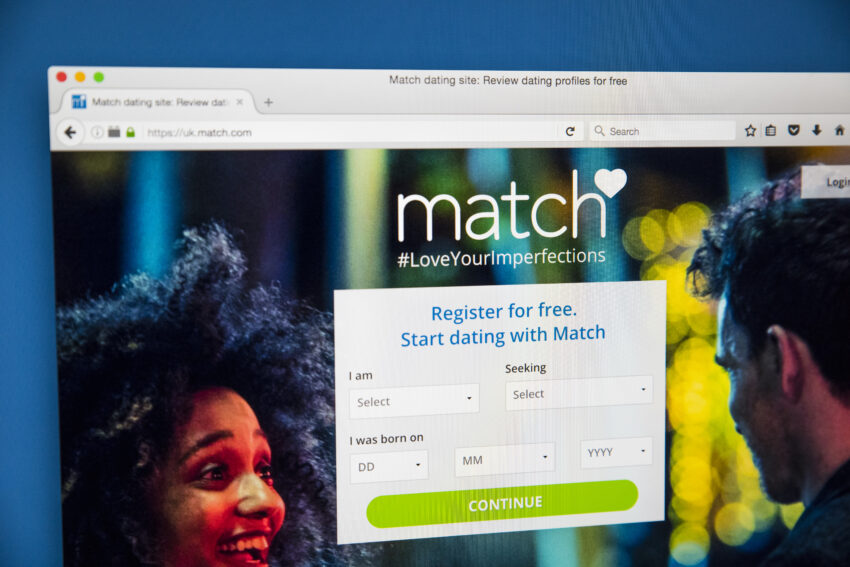 
A Match.com ad campaign featuring a woman performing subservient tasks for her partner such as making sure that football is on TV, and ensuring there are a fresh towel and socks ready for after his shower has been banned for being sexist.

The dating site ran a campaign on the video-sharing platform TikTok showing clips from a day in the life of a couple. The campaign opened with a voiceover of a woman explaining the tasks she does “that make him realise I’m a keeper”.

Other scenes show the woman preparing a protein shake and giving her partner a kiss while he relaxes with his feet up after a gym workout, making sure he has what he needs after using the bathroom and “putting the football on for him every evening”.

The Advertising Standards Authority (ASA), which introduced rules to reduce gender stereotyping three years ago, received a complaint that the campaign was sexist and perpetuated negative out-of-date gender roles.

Match.com, which ran the campaign with the strapline “Find your keeper”, said the ad used unscripted examples from real-world couples to “demonstrate that small gestures between couples were integral to successful relationships”.

The company also said the ad was part of a three-video series, which were launched at the same time, with one showing gestures carried out by a man for his female partner and the other showing small acts of kindness by both partners.

Still from TikTok that shows a woman standing and a man sitting down, with text that reads “I will make him his protein shake after the gym” Match.com claimed overall the gestures were “not one-sided” and that although the woman was shown in a domestic setting the company did not believe that implied she did most of the household chores.

“For those reasons, [Match.com] believed that the ad did not portray that women must be subservient to men or that women should shoulder the burden of domestic chores,” Match.com said in a summary of its response to the ASA defending the ad, which it has removed from TikTok.

However, the company said that when seen in isolation the gestures made by the woman in the video that received the public complaint “could be deemed by some to be overly gender typical”.

The ASA, which introduced new rules around gender stereotyping to help stop “limiting how people see themselves and how others see them and the life decisions they take”, said that the ad created an impression of an “unequal relationship between the couple”.

“Because the ad relied on the stereotype of a woman carrying out domestic chores in order to please her male partner, we considered that viewers would interpret the ad as reinforcing a negative gender stereotype,” the ASA said.

The ASA also said the voiceover – which explained that she put the football on every evening and always has a towel and socks ready – “suggested that the gestures were habitual and undertaken by the woman regularly”.

The advertising watchdog said that connecting the woman doing domestic chores with becoming a “keeper” reinforced the idea that “women should be subservient to men in order to maintain a successful relationship”.

The ASA banned the ad ruling that it perpetuated negative gender stereotypes and was likely to cause harm and widespread offence. Top 5 Ways to Read Instagram Direct Messages Without Being Seen