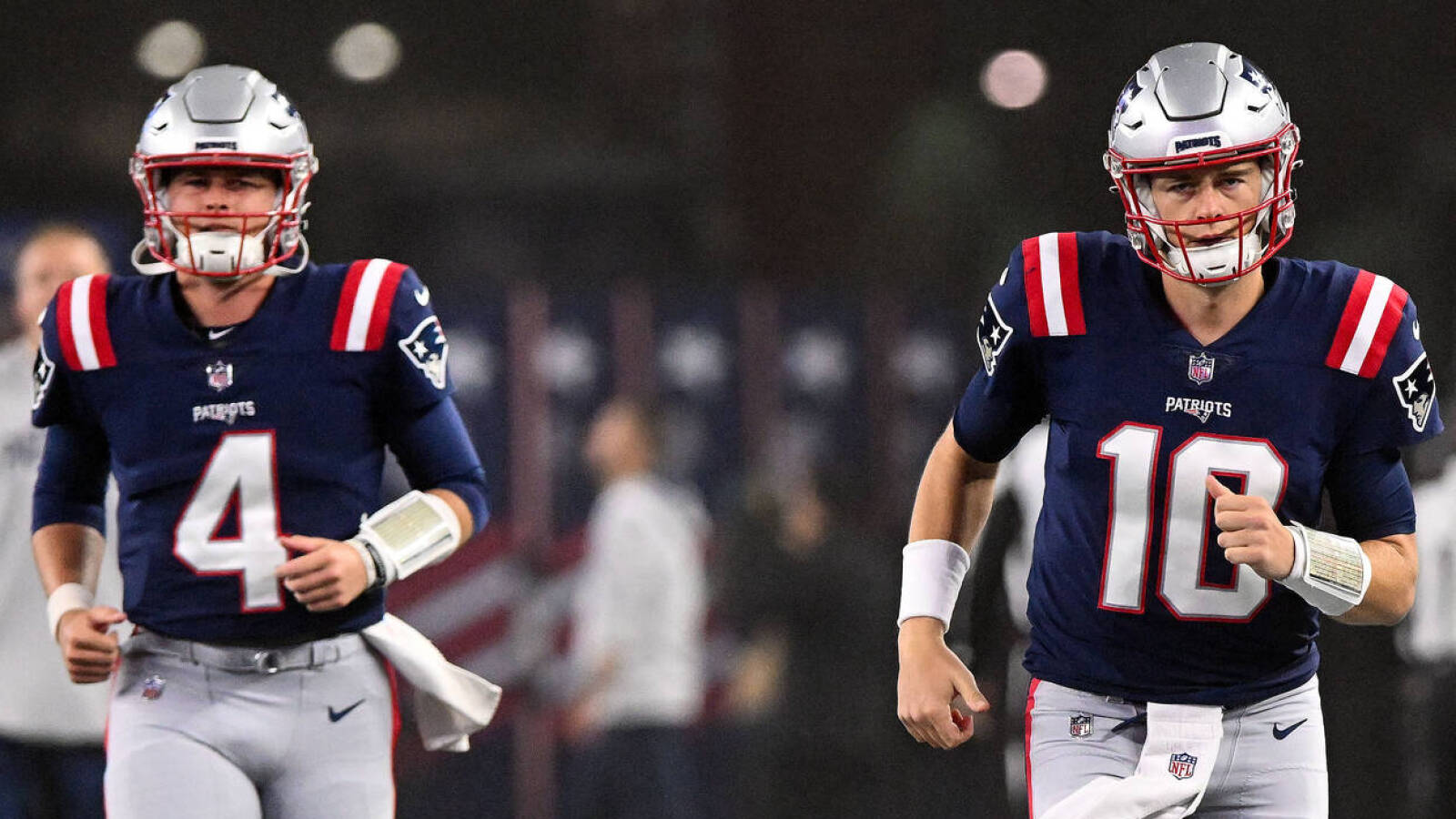 
To really understand what’s going on, perhaps we should back up a bit further.

The Patriots drafted Jones 15th overall out of Alabama in 2021. He outperformed a creaky Cam Newton in training camp and earned a starting job. He performed well in a heavily childproofed Josh McDaniels offense in his first six starts, then landed in an extremely smooth stretch of schedule. The Patriots outscored six opponents by a combined 211-53 score, then capped the winning streak by defeating the Bills in a wind-tunnel game where Jones threw three passes.

It was during that winning streak that Jones went from a promising rookie benefiting from a great defense/line/system to Belichick’s “signal-caller for the next 15 to 18 years.” Jones looked great at times during that span, but any NFL-worthy quarterback should look great when frequently given constant leads, great field position, strong protection, and turnovers and points from his defense.

Jones cooled off suddenly after the Airbender game in Buffalo: two interceptions each in back-to-back Colts and Bills losses, two more picks in the playoff rubber match with the Bills. McDaniels left for Las Vegas, Belichick replaced him with the Prodigal Failsons, and Jones entered 2022 as the unchallenged quarterback of the present and future. Zappe, who set a bunch of high-volume passing records against Conference USA competition in a wide-open Western Kentucky offense, was drafted as what appeared to be a fourth-round afterthought.

The Patriots struggled through training camp offensively. With no “official” offensive coordinator required to speak to the media weekly and Belichick cowing reporters with his “Because I’m BATMAN” responses, Jones was left to explain to the media each week why the defense (or opponents in joint sessions) kept stealing the offense’s lunch money.

The Patriots offense continued to sputter in Jones’ first three starts. Jones sprained an ankle against the Packers. Hoyer suffered a concussion soon after. Zappe entered and used his telekinesis to force Aaron Rodgers to throw a pick-six. OK, Zappe doesn’t have telekinesis, but he kept the overtime loss to the Packers close by handing off a lot, throwing low-protein RPOs, and finding wide-open receivers now and then while the Patriots defense frustrated the easily frustrated Rodgers.

Belichick spent the week leading up to the Lions game hinting that Jones could still play on an ankle that the organization did not deign to acknowledge was sprained. Jones even hobbled onto the field for Friday’s practice that week to toss a few passes, standing perfectly stationary, about 100 yards from where the media could get a brief gander at him before being hustled off the field.

It was an embarrassing little pantomime, but it illustrated that less than three weeks ago, Jones was so indispensable that the Patriots acted as if they were in denial about his injury.

So what changed over the course of two games that led to Jones’ quick hook on Monday night? Zappe played well in two blowouts of horrendous teams in which he benefited from defensive touchdowns, outstanding field position, gash runs on 3rd-and-long and all the other stuff that made Jones look like a hero last year. The Patriots appear ready to scrap a year’s worth of planning because this year’s rookie has done a few things that last year’s rookie did to prompt the team to make a year’s worth of plans around him.

Fool me once, shame on you. Fool Belichick twice? Shame on him.

Bailey Zappe by the Numbers

Let’s pause for a few statistics that help explain the Zappe-Jones phenomenon.

The Patriots have enjoyed the third-best average starting field position in the NFL in 2022. They start their average drive at the 30.5-yard line, behind only the Vikings and Ravens.

Jones also enjoyed excellent starting field position in 2021, when the Patriots ranked third in the NFL with drives starting at the 31.2-yard line. Belichick’s defenses generally force a high percentage of turnovers. His special teams are typically as optimized as possible, and Belichick still plays “field position football,” unpopular as that might be, by punting in situations where analytics say the Patriots should go for it.

The correlation between field position, scoring and the perception of quarterback play should be obvious.

Zappe has rarely been asked to convert 3rd-and-long. Here are his numbers on 3rd-and-7-plus: 7-of-12, 56 yards and just two first downs. Per Sports Info Solutions, Zappe has thrown for 53 total air yards on those 12 3rd-and-long attempts. When you lead the Lions by three scores thanks to a strip-six touchdown and the like, you can afford to just toss a receiver screen on 3rd-and-10, then punt.

Zappe has done most of his damage on first downs: 23-of-31, 333 yards, 10.7 yards per attempt, three touchdowns. This is what you would expect from a novice quarterback executing highly scripted game plans: play-action “take a shot” first-down throws against defenses expecting the run. Incidentally, the Patriots have rushed 65 times on first downs since Week 4, scrambles excluded, which should help put Zappe’s 31 first-down passes in better context.

Jones is 9-of-12 for 143 yards, 98 air yards, one interception, two sacks and five first downs on 3rd-and-long. Jones has struggled in these situations, but he has also been tasked with actually accomplishing something.

Zappe is getting lots of mileage out of one play: the deep left-sideline bomb to DeVante Parker. Parker has caught two deep passes along the left sideline for 72 yards on four targets in Zappe’s four games, adding two defensive pass interference penalties (both against the Lions) for 47 yards. For the season, Parker is 4-of-9 for 133 yards on deep-left passes (16-plus air yards, outside the numbers), with those same two penalties.

Parker is a fine boundary jump-ball target, but these are “lottery ticket” plays, usually on early downs: protect the quarterback, give him one read, let the receiver who looks like an action figure make a play. There’s nothing wrong with that once in a while, but it’s dangerous to build a quarterback hero narrative around running the same play to get the ball to WR1 over and over again and hoping for the best or a flag.

We’d dig deeper into Zappe’s numbers, but inevitably we would come face-to-face with this… 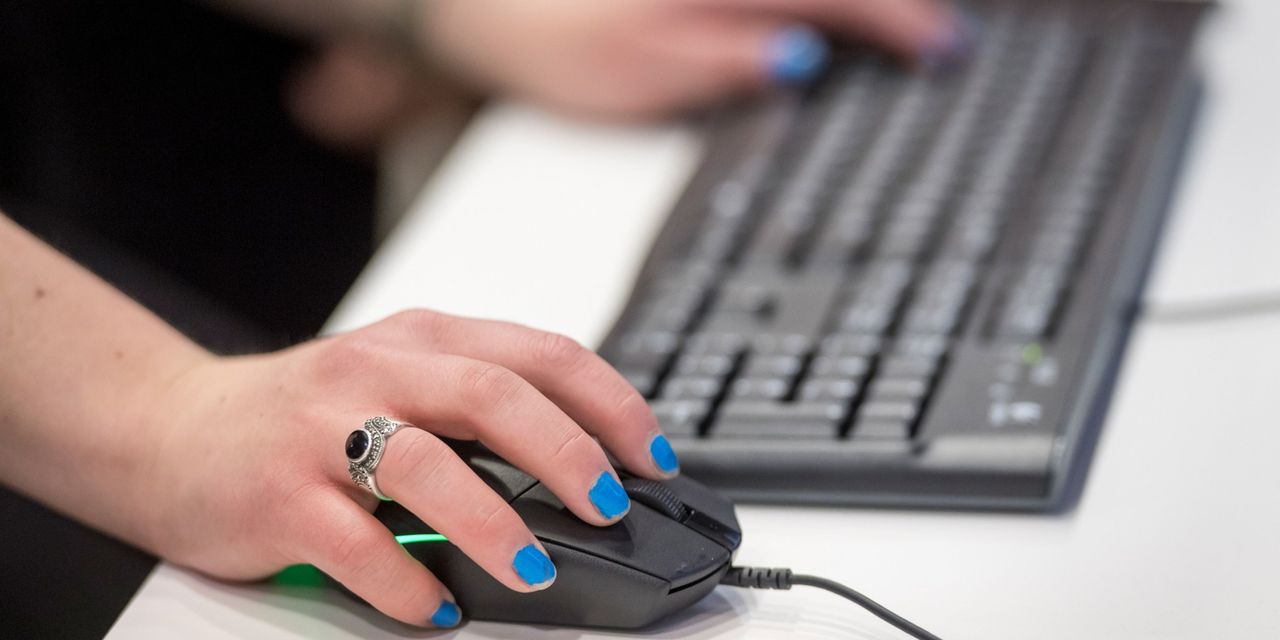 Unity Software Stock Initiated at Sell. It Once Was a ‘Pandemic Darling.’