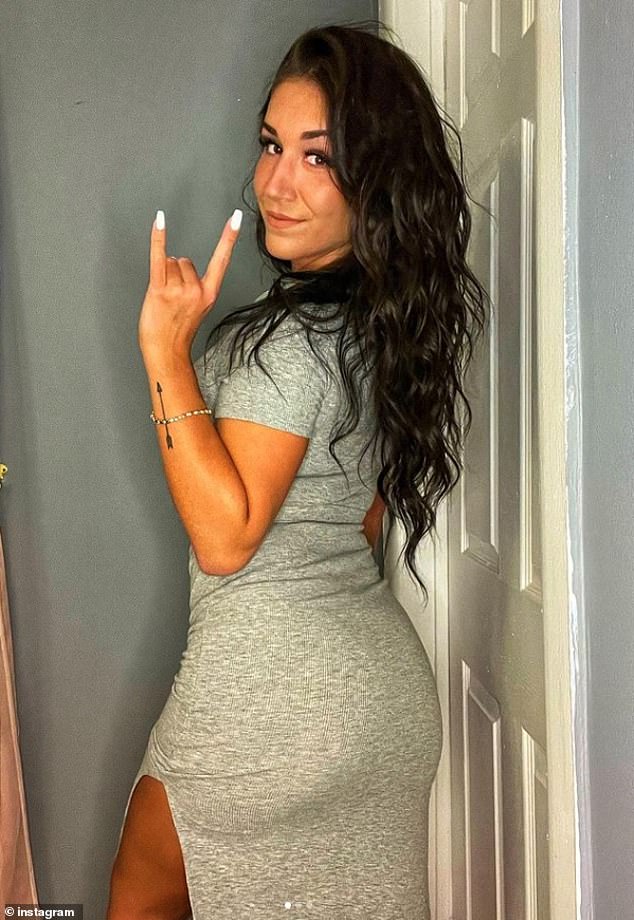 
The rookie NYPD officer caught on video giving her superior a lap dance during an department Christmas party is being encouraged to start an OnlyFans account.

Vera Mekuli, 26, has racked up 17,800 followers on Instagram where she most recently posted a photo of herself in blue bikini and tight-fitting dress.

Now her fans are urging her to start monetizing her cleavage-baring photos by starting an OnlyFans account.

‘She should start an only fans,’ follower Insure_hub wrote next to a photo of Mekuli flashing the devil horns hand gesture. ‘She’ll be a millionaire in 6 months.’

Another fan wrote: ‘I know people are saying you should do an OF, I say you do whatever makes you feel happy.’

Mekuli, who joined the force in February, 2021, first turned heads later that December when she was recorded in a black and white mini skirt and midriff top grinding against the crotch of NYPD Lieutenant Nick McGarry, a supervisor in the 44th Precinct in the Bronx, during a holiday party for the stationhouse.

In May, she was suspended from the NYPD after allegedly drunkenly berating a New Jersey State Trooper who was arresting her brother-in-law for urinating on the side of the road.

Rookie NYPD officer Vera Mekuli, 26, is being encouraged to start an OnlyFans page 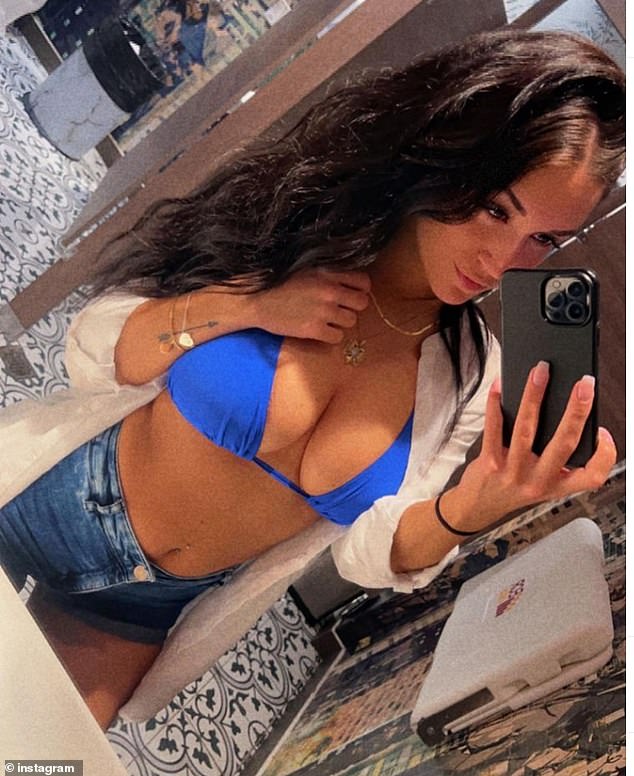 Mekuli, seen here in a bathroom selfie, ran afoul of the NYPD bosses in May when she tried to get her brother-in-law out of a drunk driving charge

On Instagram, Mekuli posts a series of cleavage-baring selfies, and one shot of her in a form-fitting dresss has racked up more than 2,800 likes.

‘I’m just waiting for the OF to drop…til then I’m here for this,’ on Instagram fan, Laichitis wrote.

The web service, which is based in the UK, has become a way for sex workers and adult film stars to reach fans directly and earn big money by cutting out middle men like pimps and producers.

Adult film star Bella Thorne reportedly earned $1 million in one day after joining the platform in 2020.

The rookie cop has given no indication that she intends to set up an OnlyFans account, which would pay her through subscriptions from fans. She did not respond to the DailyMail.com’s request for comment. 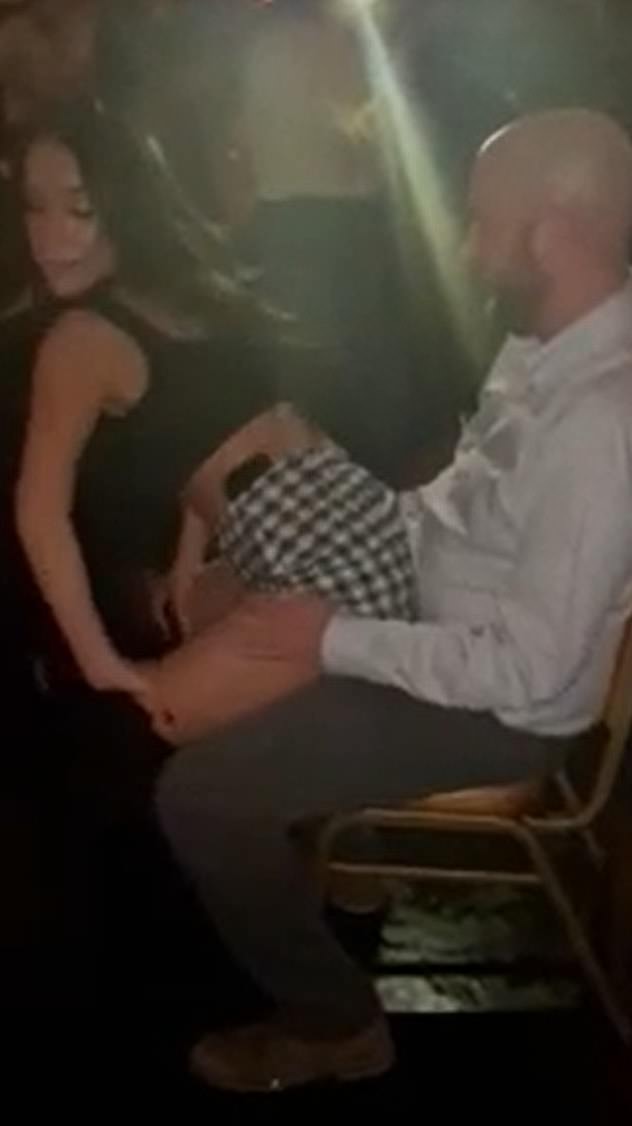 The rookie cop was caught on tape giving her superior a festive lap dance. She was told to work from home due to embarrassment 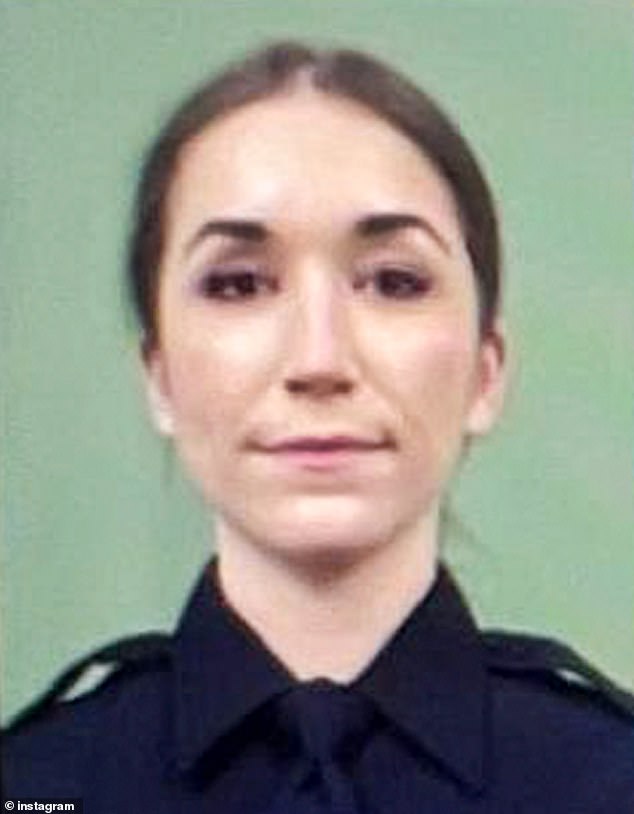 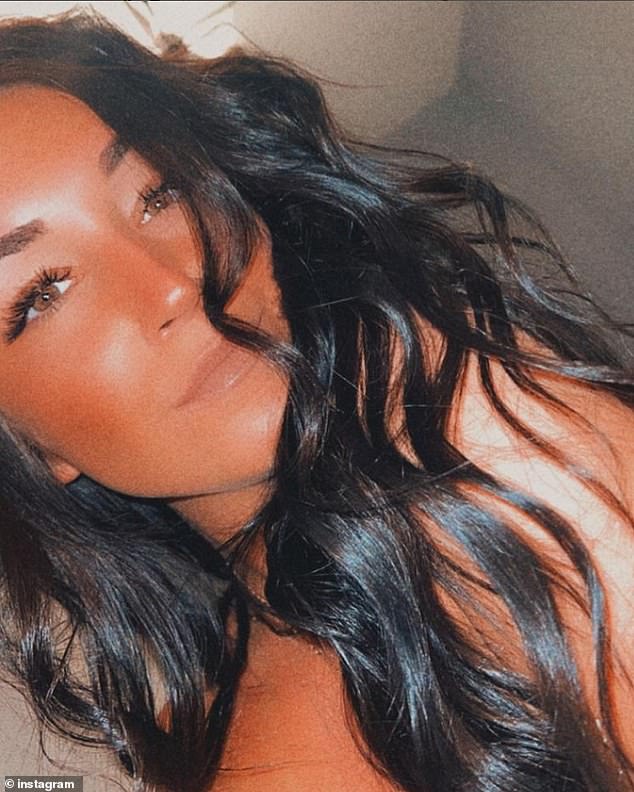 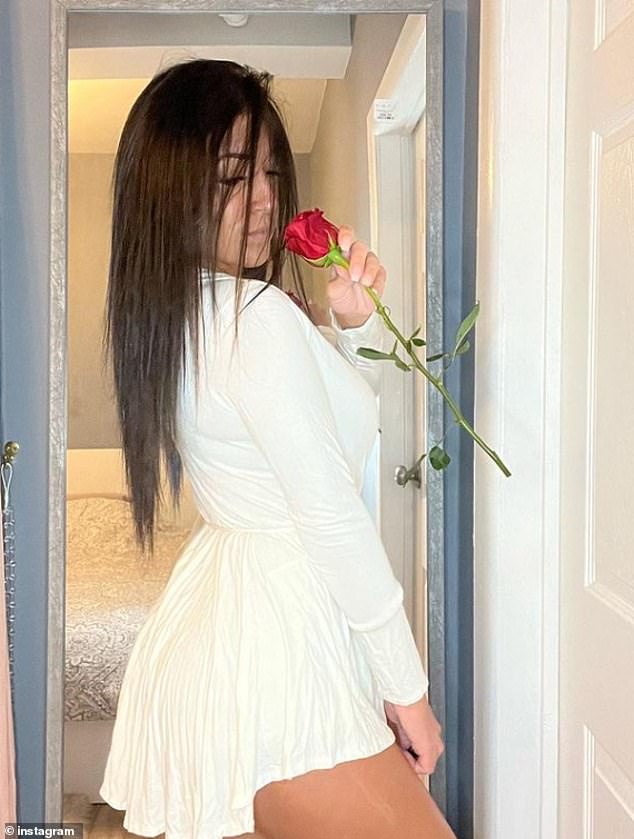 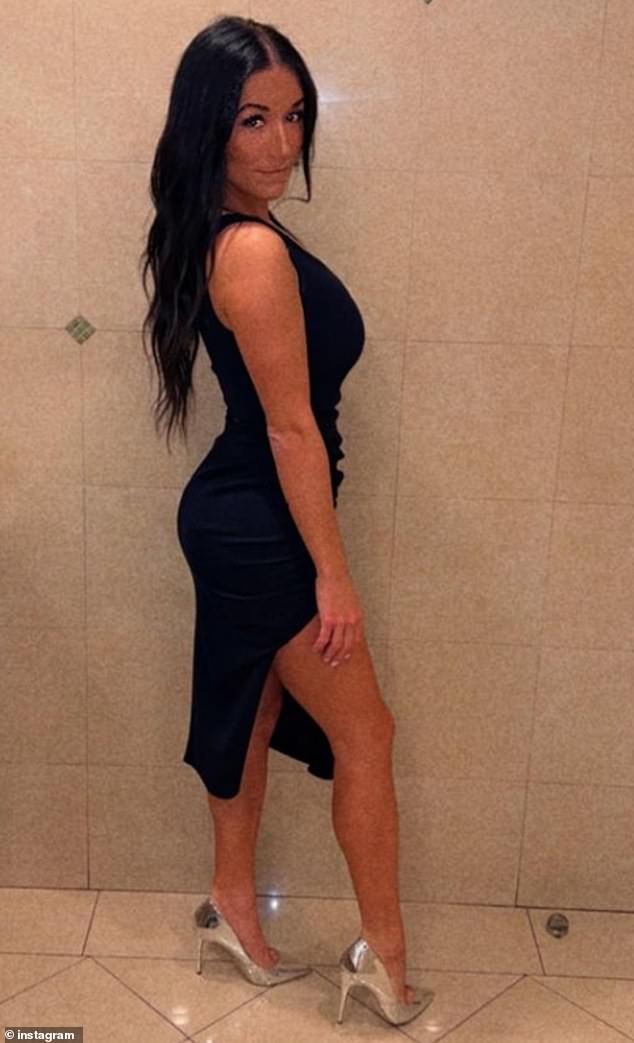 Mekuli, seen here in a tight dress and high heals, has only posted a dozen pics on Instagram, but has gained a quick following

In December, Mekuli hit the headlines when she was spotted giving her superior a lap dance in a video which was circulated online.

As her co-workers gathered around, Mekuli backed up to McGarry who was plunked down on a chair in the middle of Rory Dolan’s bar in Yonkers with his legs splayed out, grinning from the performance.

At one point in the video, the rookie cop turns and straddles the married lieutenant and reaches back to caress his bald head. McGarry can be seen rubbing her thighs as she gyrates on his pelvis.

After the video surfaced, McGarry was transferred out of the 44th Precinct to Transit District 12, and Mekuli was told to work from home.

‘Messing with a subordinate is a no-no on the job,’ a source told the New York Post after the video surface. 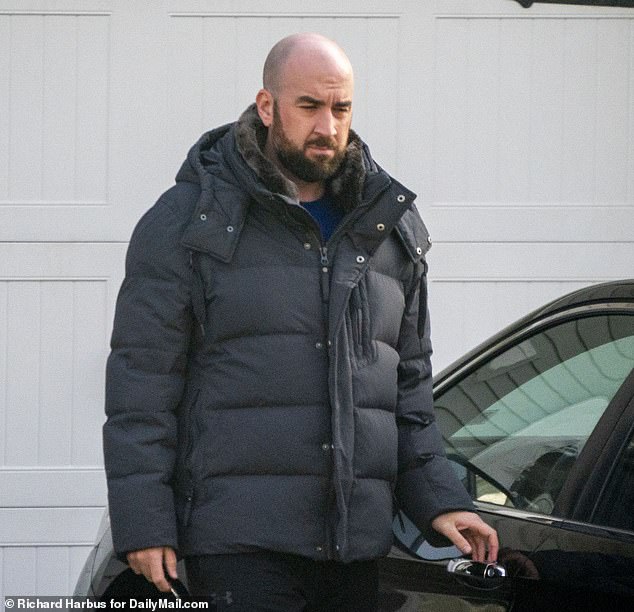 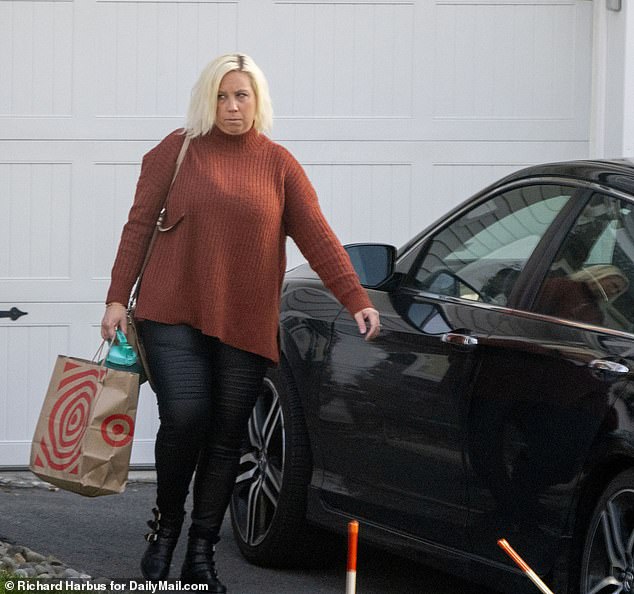 She apologized to Melissa McGarry, the lieutenant’s wife in a video obtained by TMZ.

‘I want to apologize to the lieutenant’s wife,’ she said. ‘I am sorry, truly I am. I hope it didn’t cause too much damage in the marriage or in your personal life.’

‘I know it’s been rough,’ she added. ‘It wasn’t meant to be like this, I really had no knowledge of your marriage.’

Mekuli brushed off the lap dances as just alcohol-fueled ‘s**ts and giggles’ at a holiday party.

She worried that the notoriety would effect her police work.

‘My work self and the off-duty [self] are two different people,’ she said. ‘I can still patrol and police the streets like I used to and the way anyone can. I feel like I shouldn’t be judged or anything of that sort because of a lap dance off duty, not in uniform.’

She also said that the video would not have blown up the way it did if was a man.

Trouble followed Mekuli months later in May when she was suspended from the NYPD for a bare-foot tirade she made against a New Jersey State Trooper.

On May 8, according to a disciplinary report obtained by the Daily News, Mekuli tried to intervene after her brother-in-law was arrested for drunk driving after he pulled over to relieve himself on the side of a highway.

Mekuli showed up at the Totowa, NJ barracks where the troopers were assigned in her bare feet and smelling of alcohol and demanded to know why her relative was taken in.

She ‘demanded to speak to a lieutenant,’ according to the New York Post and started recording the interaction on her phone after the answers proved insufficient to her.

‘You guys are talking out of your ass; none of this was done correctly,’ she said, according to the newspaper’s report. 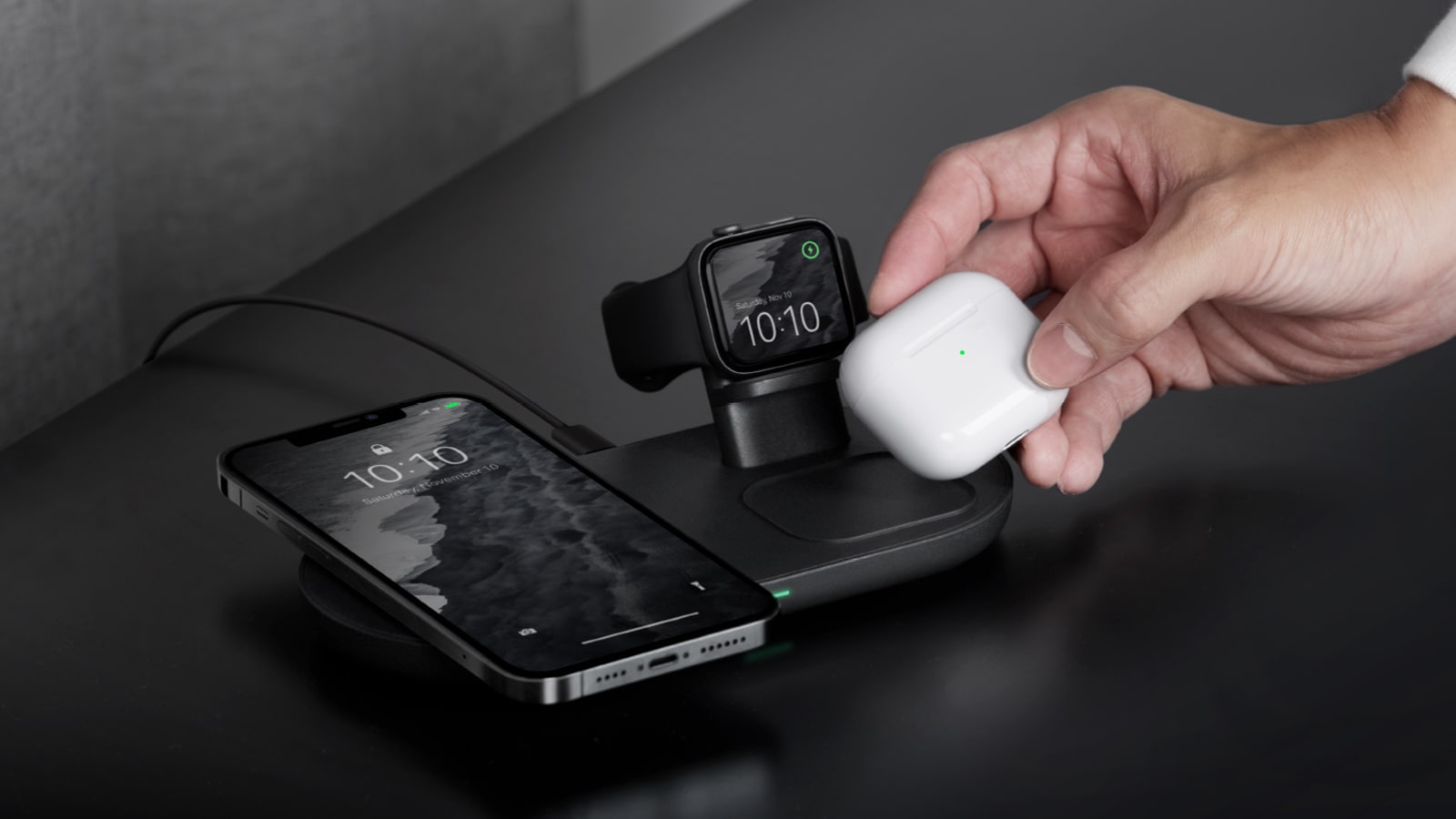