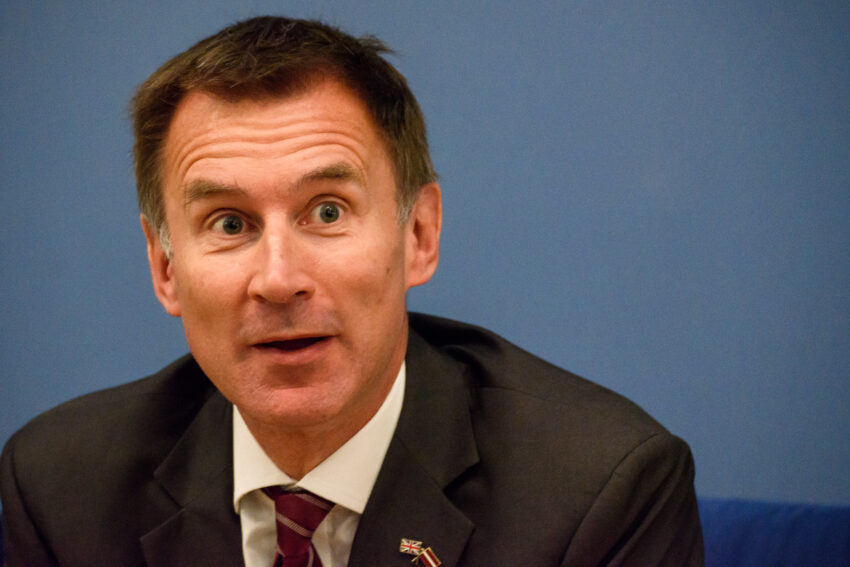 
Jeremy Hunt is expected to increase the number of people paying the highest rate of tax by lowering the threshold from £150,000, according to Treasury sources.

The move to increase the number of taxpayers paying the 45p rate of tax is a handbrake turn from Liz Truss’s government, which proposed to abolish the rate altogether.

A Treasury source said there was an option to raise the headline rate of tax but a “significant lowering” of the threshold for the highest earners would be more likely.

At the autumn statement next Thursday, Hunt will set out tax rises and spending cuts totalling £60bn, roughly divided into £35bn of spending cuts and £25bn of tax rises.

The move to increase the threshold for the 45p rate would be in keeping with Hunt’s public vow that tax rises should hit those with the “broadest shoulders”, though he is expected to freeze lower tax thresholds, which will bring in billions for the Treasury as more earners are dragged into different tax bands by inflation.

However, the Treasury has ruled out changes to higher-rate pension tax relief, over concerns it could disincentivise people to save and would hit middle earners.

Ministers are also discussing the possibility of significant tax rises by allowing changes to the rules that councils must hold referendums if they raise taxes by more than 2.99%.

Hunt and Rishi Sunak have put the bulk of the fiscal pressure on spending cuts, though the statement will stick to the current spending review for the next two years – which will probably see departmental spending squeezed by inflation. But departments are likely to see the rate of spending decreased after that point.

“Even during austerity budgets went up, but the rates will be a lot lower than they might have been,” one Whitehall source said.

Sunak and Hunt are said to be keen to avoid real-terms cuts to benefits or breaking the pensions triple lock, where billions could be saved by raising both in line with earnings rather than inflation.

It is understood that preliminary work sent to the Office of Budget Responsibility included the possibility of raising both in line with inflation, which many Tory MPs have publicly demanded. However, one senior source said although the instinct of Hunt and Sunak was to protect pensions and benefit rises, there were still concerns about the current balance of measures “to make the numbers add up” and that those areas had not been taken off the table.

The scale of the measures needed has been made greater by the Bank of England’s dire forecasts last week, when it predicted that higher interest rates would push the economy into the longest recession since the 1930s.

The Bank blamed higher energy prices and a tight labour market for the decision to increase interest rates. Hunt’s fiscal squeeze is likely to worsen the forecasts, and the Bank said the economy was already contracting and would continue to shrink for eight consecutive quarters to the summer of 2024.

Baldwin, who previously worked for JP Morgan, has been a longtime sceptic of the performance of the Bank of England, repeatedly pressing the governor, Andrew Bailey, over low interest rates well before Vladimir Putin’s invasion of Ukraine and the subsequent economic turmoil.

How to Indent Paragraphs in Google Docs