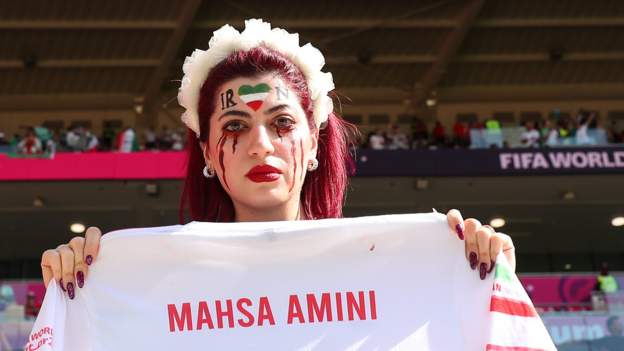 
Iran’s players sang their national anthem before Friday’s World Cup game against Wales after not doing so before their opener against England.

As the players joined in with the anthem on Friday, loud jeers could be heard from Iran fans in the stadium.

Mass protests in Iran in recent months have been met with a fierce crackdown.

They have been sparked by the death in custody in September of Mahsa Amini, a 22-year-old woman who was detained by morality police for allegedly breaking the strict rules around head coverings.

A woman in the crowd against Wales had dark red tears painted under her eyes and held a football jersey with “Mahsa Amini – 22” printed on it, while a man standing next to her has the slogan ‘women, life, freedom’ on his top.

Outside the stadium, Ali – who didn’t want to use his real name – spoke to me wearing a T-shirt with the protest slogan “women, life, freedom” written on it in Persian. He had travelled from Tehran to Doha to watch his national team.

“Every day we go to protest, but the regime is bigger and they have more power, they have guns. We are with bare hands,” he said.

Ali told me the protesters have hope but are “frightened” and feeling “alone”, and added that they needed support from the rest of the world.

The national team has come under a great deal of pressure and been criticised for not doing enough to support the protesters. Ali said that, while he wants them to do well, he finds it “very difficult” to support the team or focus on the football. He said: “When [I] see my brothers and sisters on the streets in blood, how can I focus? How can I be happy?”

Earlier in the week, Iran captain Ehsan Hajsafi acknowledged that the situation in the country was “very bad” and that people were “not happy”. He also paid tribute to those who have died.

But on Thursday, during their pre game news conference, Mehdi Taremi refused to engage with any questions about the situation in his country.

Iran’s players are in a difficult position. They’re on the world’s biggest stage, representing a country in deep political turmoil where anti-government protesters have been killed and arrested. They’re being asked to have a stronger stance in support of the protesters, but anything they say or do will likely have repercussions back home.

All the while, the players have the crucial job of performing well, with the hope of delivering a victory on the football pitch.

Human rights activists have said more than 400 protesters have been killed and 16,800 others arrested in a crackdown by Iran’s security forces.

Iran’s leaders say the protests are “riots” orchestrated by the country’s foreign enemies.

Before Friday’s game, Iran striker Mehdi Taremi said the players were “not under any pressure” after not singing the anthem against England.

Iran manager Carlos Queiroz, who is from Portugal, was sitting next to Taremi at the news conference and said: “It’s your right to do those questions, but what what I feel strange, as a normal citizen of the world, is you don’t ask the same kind of questions to the other coaches and other national teams, knowing that they have so many problems at home, and cause so many problems all over the world.” 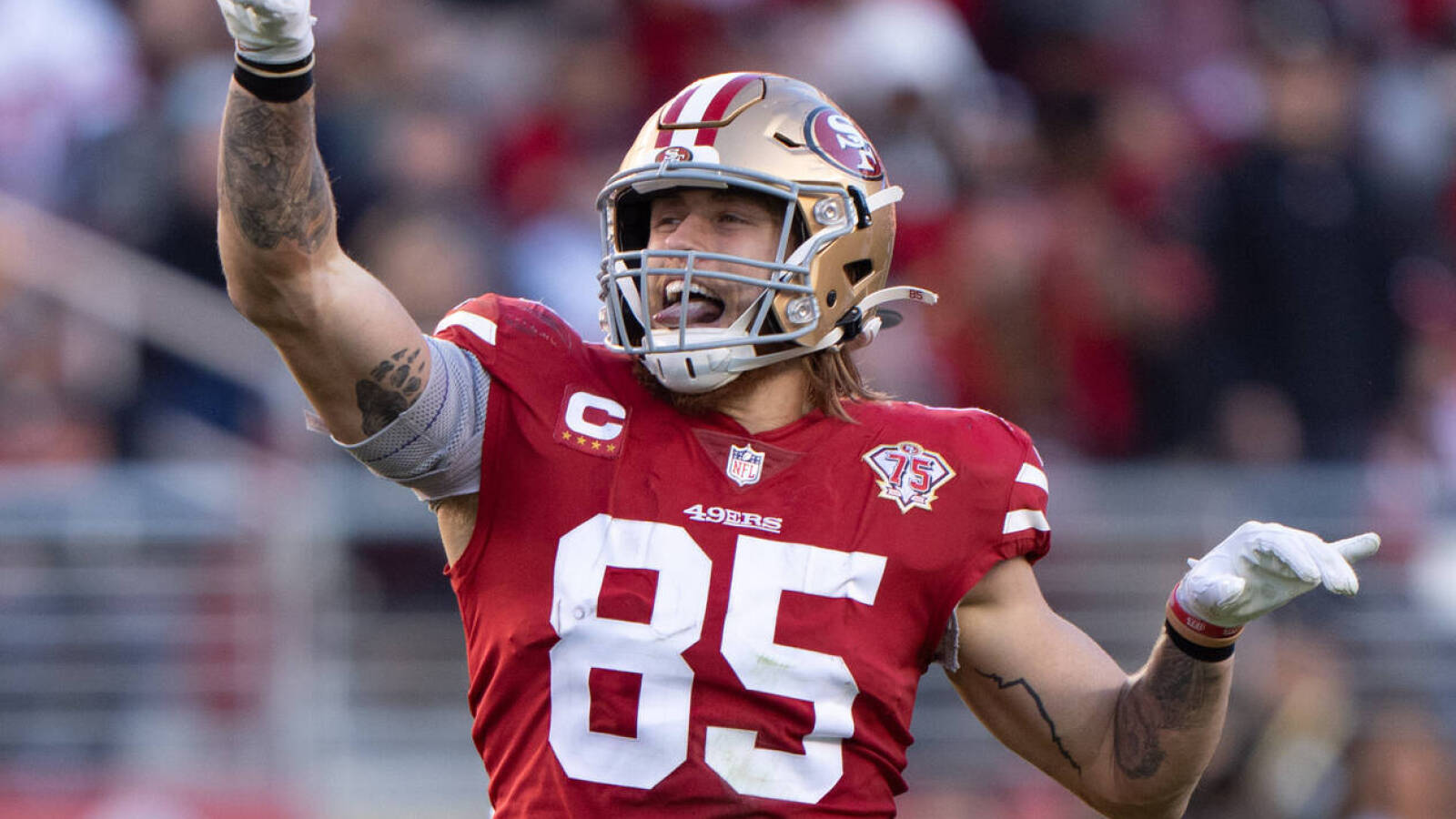 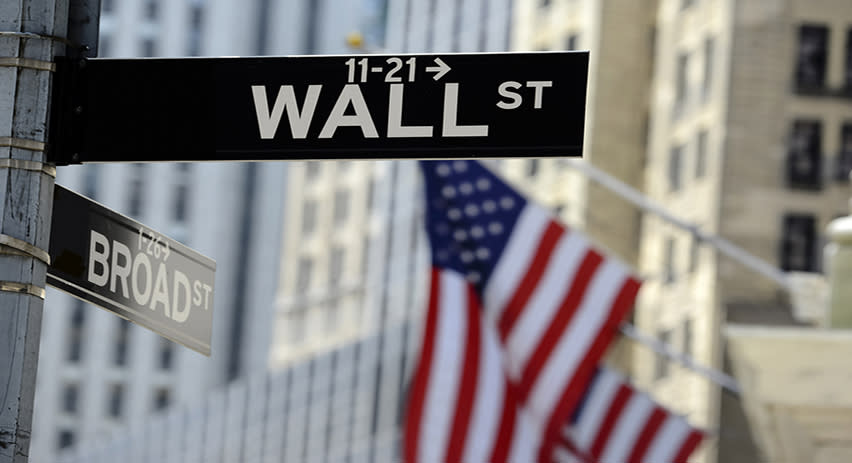 Goldman Sachs: These 3 Stocks Have Over 40% Upside Despite Market Uncertainty