Nearly one in five people across the globe are classified as neurodivergent, which can include autism, Tourette’s syndrome, dyspraxia, dyslexia, ADHD and social anxiety disorders. There can be many benefits to hiring workers who are neurodivergent, especially in the tech field.

For instance, in cybersecurity, an ever-changing field that requires creative problem-solving and flexibility, neurodiverse viewpoints could be a boon to helping teams think outside the box. Some people with neurodivergent conditions can also have the benefit of longer concentration than neurotypical peers, meaning they may be better equipped for repetitive tasks, such as those involved in software QA or cybersecurity.

The tech industry still faces a shortage of workers to fill the available positions, and making these jobs more accessible to a wider range of candidates could be a solution to the problem.

Despite the benefits of hiring neurodiverse employees, many people classified as neurodivergent have difficulty accessing tech jobs; for instance, a mere 14% of working adults who are autistic are employed, based on data in a 2017 report. According to Neil Barnett, director of Inclusive Hiring and Accessibility at Microsoft, only 35% of autistic college graduates are employed. Among those who are employed, many autistic people are working in a job beneath their skill level.

SEE: Autistic people succeed in IT jobs when companies hire for capabilities not credential (TechRepublic)

There are several reasons for this: AI bias in hiring, for one, as well as the implicit bias of some hiring managers. According to a recent study, many leaders and managers would be uncomfortable hiring someone who is neurodivergent.

Employees must surely feel this bias as well, as up to 40% of tech workers have not shared their neurodivergent traits. This has consequences both for the employers and their employees who cannot get the support they may need.

According to Microsoft’s latest Work Trend Index, 76% of employees say they would stay at their company longer if they received more support on the job.

Barnett sees an increasing need for hiring programs to address neurodiversity. He is also involved in the Neurodiversity @ Work Employer Roundtable, which includes employers interested in creating neurodiversity-focused hiring initiatives. According to Barnett, the traditional hiring system, including applications and interviews, can be challenging for people who are neurodiverse.

Microsoft also sees an “untapped pool of talent” among neurodiverse candidates; in response, the company started the Autism Hiring program back in 2015. This effort is part of a larger goal to increase diversity in Microsoft’s workforce, Barnett said.

Microsoft is one of many employers that have begun to embrace hiring programs for neurodiverse candidates. Lime Connect, Disability:IN, SAP, IBM and many others have programs as well. SAP has an Autism at Work initiative that focuses on learning how to work with people on the autism spectrum, as well as looking at local labor laws. IBM has an Actually Autistic Task Force, which is a safe space for people identifying as autistic to meet.

Disclosing neurodiversity during the interview process

According to the ADA, a candidate must be able to meet the job requirements listed but does not need to disclose a disability. Hiring managers are also prohibited from asking disability-related questions. However, if the candidate does need accommodation, the employer must meet these needs, unless they can show that it would result in “undue hardship.”

When it comes to disclosing neurodiversity, Barnett stresses that this is an individual choice.

“The timing of the communication will often depend on the reason you are disclosing,” he says. “For instance, someone with a neurodiversity could develop an action plan to navigate the accommodation request process with each company, and throughout your career search, since each employer may have a different process or ask for different forms of documentation.”

In the case of requesting accommodation for the interview itself, Barnett recommended that candidates should do this as early as possible.

“Focus on identifying your needs and highlighting tools or accommodations that work for you in other settings,” he suggests.

Barnett recommends that candidates only disclose the most relevant details to keep it simple. Most importantly, he notes that candidates who are neurodivergent should remember they have a unique perspective to bring to the company.

According to Barnett, traditional job interviews, which often include “open-ended and vague questions” can be challenging for some people who are neurodiverse.

“Job seekers may be less comfortable having to quickly adapt to a new environment,” he says.

Social interactions can also be difficult for some people who are neurodiverse, he adds. However, “by creating an alternative ‘front door’ hiring program,” a person-centered approach, in which needs are disclosed, “neurodivergent job seekers have the option to come through an interview process that reduces unconscious biases and lets job seekers shine with their skills.”

Employers have unconscious biases, Barnett stresses, and having them “screen-in,” or look for the ways that a particular candidate can add to the organization, is essential in order to build a more diverse team. Barnett would like to see “disability representation in jobs of all different levels and different types of jobs and not just tech roles.”

In general, Barnett believes we should be having more conversations with employees around their needs — whether physical, verbal or otherwise: “It’s about trying to connect with folks and understand what people need to be as productive as possible.” 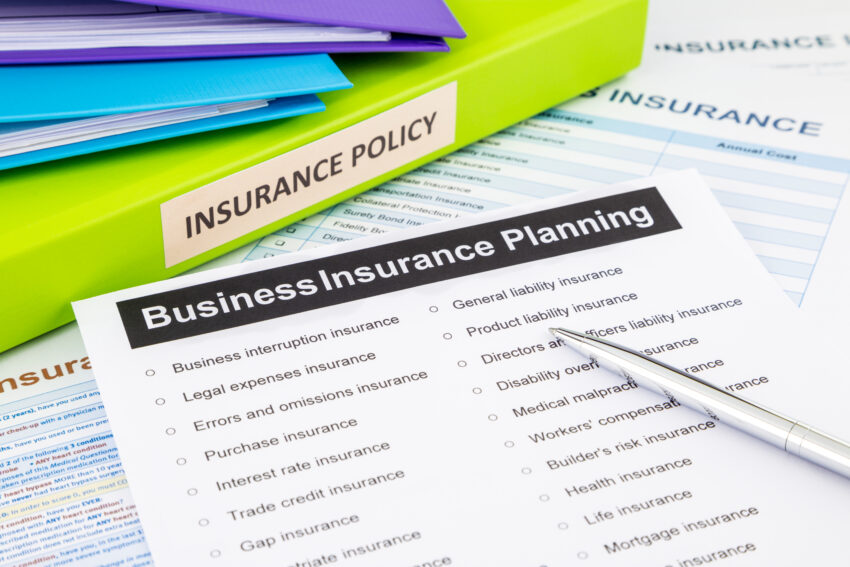 What Are the Main Types of Business Insurance?