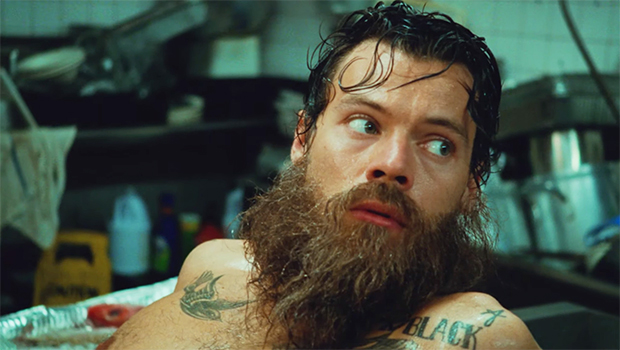 
One thing can be said about Harry Styles: he is not afraid to get weird. In the new music video for “Music For A Sushi Restaurant,” premiering today (Oct. 27), Harry, 28, is a merman. But before one expects to see Harry in a sexy pair of fins, it turns out that his lower half is made up of…tentacles. After a trio of fishermen and restauranters discover a shirtless, bearded Harry, they take the half-man/half-squid back to the eatery. At first, the still-very alive Harry seems nervous about all the prep work going around him, so he busts out his Siren’s call. It does the trick in charming the staff, making Harry the star attraction at Gill’s Lounge.

The beard is quickly shaved and replaced by feather boas, pearl jewelry, and tentacle massages. Harry, backed by a band of Shrimp-headed musicians, rocks pearl necklaces, seashell amulets, and a pearl-covered crown for his big performance. The performance seems to do the trick until…it doesn’t. Without spoiling the ending, it should be noted that the song is titled “Music For A Sushi Restaurant.” Hope you’re hungry.

While some might be a bit skeeved out by the idea of a Harry Styles/Cthulhu hybrid, this video doesn’t stray far from Harry’s general aesthetic. “Late Night Talking” saw Harry stay in bed while going about his life until a terrible storm whisks him up…only to drop him (and his bed) back down to earth. For “As It Was,” Harry donned a red, sparkly jumpsuit while engaging in some artist dancing throughout a museum.

His earlier videos were just as weird. “Watermelon Sugar” pretty much acknowledged what the innuendo was about. “Golden” had him goof around an oceanside town. Keeping with the nautical theme, Harry becomes BFFs with a fish in “Adore You.” Even Harry’s more straightforward videos – like the sexy “Lights Up” – have a few bizarre elements to them.

Harry is currently on tour in support of his Harry’s House album. After finishing up his run at the Kia Forum in Los Angeles, he will head to Mexico, South America, and Australia before enjoying the first few months of 2023 performing in Europe (with Wet Leg as his opening act.) 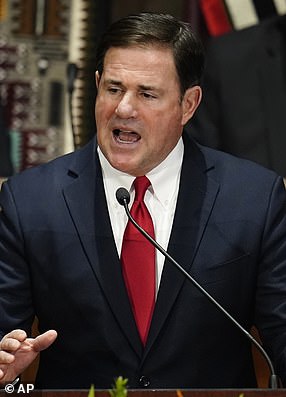 Ivanka Trump: Yeah, My Dad Lied. He Never Thought the Election Was Being Stolen.

Make working from home a breeze with this Excel certification bundle