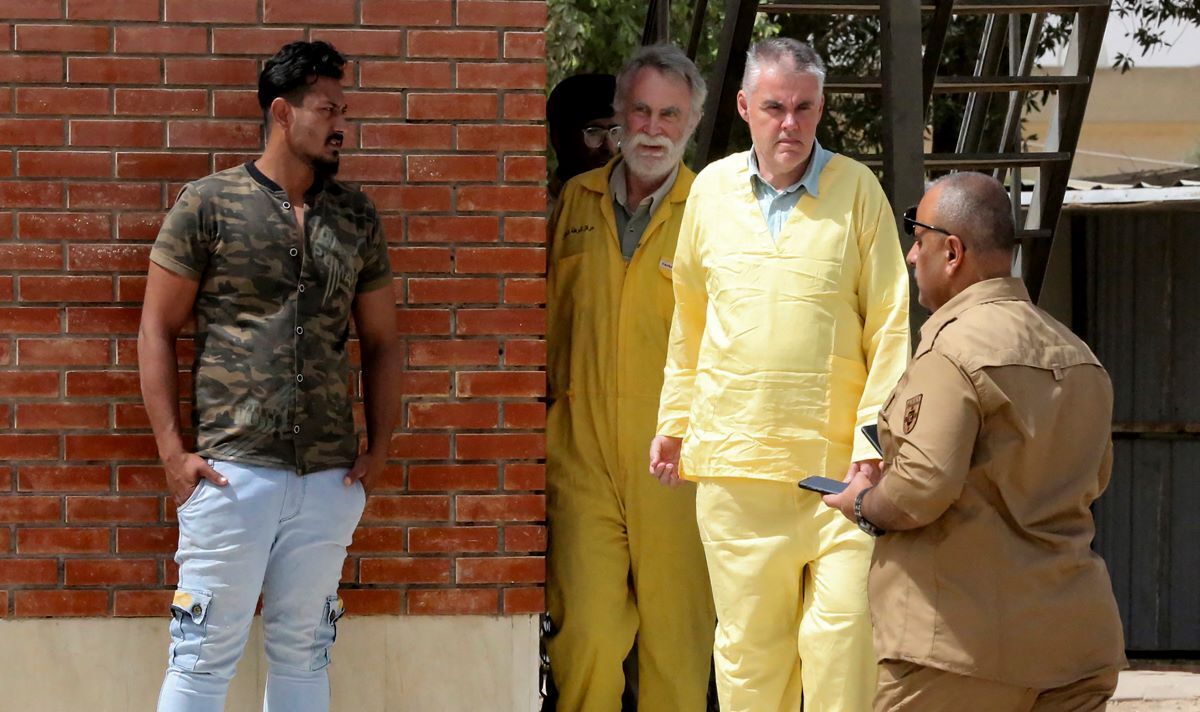 Jim Fitton’s daughter, Leila Tasker, said the family had not heard a word about her father’s fate since the harsh sentence was passed by a Baghdad court on June 6.

Diplomatic staff from the Foreign, Commonwealth And Development Office were unresponsive and a churn of three different caseworkers in three months – who often seemed to be on leave, according to the family – made it difficult to know what was happening.

“We have grave concerns about his long-term health,” Mrs Tasker told the Daily Express from an apartment in Kuala Lumpur, Malaysia, where she and husband Sam, who live in Bath, are staying to support her mother, Sarijah.

“We still have no clue about the conditions. Jim has disappeared into a black hole. His lawyer is not allowed to see him and we are unable to speak to him.

“The Foreign, Commonwealth And Development Office assure us they are doing everything they can but we have had three caseworkers assigned to our case in three months and they are constantly on leave or unable to elaborate about what they are doing to help. We feel completely alone and are so worried every day.”

Mrs Tasker, 31, added: “The Government remains completely unresponsive. We have given up on them providing any help. We have heard nothing about the appeal and nobody can tell us how long that process will take. It is an absolutely agonising limbo.

“We remain hopeful that the appeal will be successful and that cool heads will prevail but I can’t tell you anything about what that process looks like or how long it will take. It all seems to be discretionary.

“We understand from the one visit our lawyer was able to make, a fortnight ago, that Jim is safe, and we are clinging on to that for dear life.”

Mr Fitton, 66, from Bath, Somerset, a retired oil and gas industry geologist, is languishing in an unidentified Iraqi jail without reading glasses or mobile phone, trying to adjust to the prospect of spending the next 15 years of his life behind bars.

Temperatures nudge 50 degrees centigrade, and Iraq remains politically unstable, with many people harbouring a chilling hatred of the west.

While on a trip to an ancient site at Eridu, south-east Iraq, Mr Fitton picked up some broken bits of pottery and stones and, after checking he was not acting illegally, planned to take the souvenirs home to his home in Malaysia.

What started out as an Indiana Jones-style adventure has turned into a nightmare which has already claimed the life of the trip’s leader.

If Mr Fitton is not successful in appealing against the 15-year sentence, real fears persist that he may not survive such a lengthy time behind bars.

Fitton’s family are growing increasingly worried for his wellbeing (Image: )

“He’s being brave for us, his family, but we are all broken by this unjust sentence,” says Mrs Tasker. “He won’t let us travel to see him because he fears for our safety, so he’s alone. But how will he cope in prison? None of us can sleep at night. He has to come home.”

At first, everything had gone to plan on Mr Fitton’s trip, which was organised by adventure expert Geoff Hann, 85, from Brighouse, Yorkshire, who specialised in taking small groups to lesser-explored corners of the world.

During one trip to Afghanistan, Mr Hann’s vehicle was blown up by the Taliban and he’d been shot at in Syria. Yet he knew Iraq well and enjoyed showing his trekkers around Mosul and other ancient cities of Mesopotamia.

However, the events which unfolded at Baghdad airport on March 20 as they prepared to leave the country could not have got any worse. On the bus to the airport Mr Hann suffered a stroke. “Geoff was getting progressively worse at the airport,” recalled Leila’s husband, Sam Tasker, 27.

“They think he had a stroke. Officials at check-in said he was unfit to travel. Jim told the others to catch their flights and he would stay behind and look after Geoff’s luggage.”

A German member of the party also stayed behind. As an ambulance took Geoff away, customs officials started examining the luggage. They found 20 pieces of broken pottery in Geoff’s luggage, ten in Jim’s bag and two in the belongings of the German.

Within a very short time, Jim and the German, Volker Waldmann, were arrested on suspicion of attempting to take ancient artefacts out of the country.

Initially all 32 items seized by customs were ascribed to Jim but his lawyer got hold of CCTV from the airport which showed that was not the case.

While comatose in hospital, Geoff Hann was arrested as well, but died a short time later, apparently of a massive stroke.

With some understatement, Mr Tasker says: “It was a series of unfortunate events. So many things had to go wrong for us to be where we are. What happened to Geoff was absolutely tragic, especially when you consider it was his last trip in Iraq. It was the kind of swansong of his career.

“Geoff was widely respected in that circle of people who went on archaeological/geological adventure trips and Jim was excited to be going with him for the first time. During the Covid pandemic, they had been emailing each other for about two years.”

Mr Fitton is very culturally aware when travelling in Islamic countries. He has worked in Libya, Yemen and other Middle Eastern countries and is fully aware of the need to observe local customs and rules.

Fitton’s daughter, Leila, and son-in-law, Sam, spoke to the BBC about their captured father (Image: BBC)

During the trip to Eridu, the group was accompanied by an official from Iraq’s Ministry of Tourism and they had also hired a former police officer for security.

“Dad’s travelled all over the world and never had any trouble before this,” says Leila. “This is why we were so shocked when he was arrested. He wasn’t aware he’d committed any crime.”

Sam adds: “There were no signs or fences where they were. There was never any intent to break any laws. He checked with Geoff about picking up some of the debris. Others were doing the same.

“Artefacts is the definition we are talking about here. We are talking about broken shards of pottery the size of your thumbnail. It has no cultural or economic value. It was picked off the floor in the middle of the desert with the explicit permission of the tour guide who had 40 years of experience.

“They were at the top of Jim’s bag. There was no attempt at concealment. He had no understanding there was a crime.”

In the initial court hearing, Mr Fitton felt the judge had understood there was no criminal intent, so he was dumbfounded by the 15-year sentence. Waldmann was cleared due to “insufficient evidence”.

The archaeological site in Eridu that Fitton and Waldmann were exploring (Image: DX FEATURE)

The family learned of the verdict in a call from a journalist, not the Foreign Office, and Leila called her father’s mobile. He told her it was a “shame” because his lawyer had done a good job in presenting his case.

Even now, he is imploring his family not to travel to Iraq for their own safety.

“I think a good 50 per cent of Iraqis feel their lives are worse now than under Saddam Hussein,” says Mr Tasker. “There is a vocal minority who are very critical of the Iraqi government for cosying up to the west. There’s also a pro-Iranian element within Iraq. We feel there is definitely a political element to this verdict.”

To their horror, Mr Fitton has been pilloried on Iraqi social media. Someone with access to his passport picture put it up on a Facebook page beside images of valuable artefacts – as if to conflate the two.

“They published his picture alongside artefacts which were taken out of the country and destroyed by ISIS,” says Mr Tasker in disbelief. “There’s been an awful lot of fake news which has got people wound up.”

Mr Fitton was charged under a 2002 law which prohibits anyone intentionally trying to take antiquities out of Iraq. Shards at the site date back 200 years and are classed as archaeological pieces.

The site in Eridu is littered with ancient shards of pottery like the one’s Fitton took (Image: Reuters)

Since the Iraq war in 2003, tens of thousands of items have been taken. Two years ago, the US government returned more than 17,000 items. It is likely the authorities have come down hard in order to make an example of him.

Mr Fitton grew up in Bath before studying geology at Cambridge University. After graduating he worked in the oil and gas industry in Sarawak in Malaysia.

“That’s where he met my mum Sarijah,” says Mrs Tasker. “They married in 1983 and moved to Bath because my dad was working in the North Sea. They were in the UK for five or six years.”

Sarijah has a house in Malaysia, which became the family home and the base for his many foreign trips.

“Dad has always been a traveller,” says Mrs Tasker. “He doesn’t know how to sit still. He loves reading up on the history of countries and then visiting them.”

Mr Fitton asked Sarijah to join him on the trip to Iraq, but she was busy arranging a wedding party for Leila and Sam, who married last year in Bath, where they live. In the May Malaysian wedding celebration, Mr Fitton would have played a major role welcoming his new son-in-law into the family.

However, as he awaited his fate in Iraq, Mrs Tasker’s brother Joshua, 35, took his place. Now Mrs Tasker, who works in film production, and her husband, are staying in Kuala Lumpur, supporting her mother and trying to help with the appeal, which should be heard within 30 days of sentencing.

A Foreign Office spokesperson said: “We are providing consular assistance to a British national in Iraq and continue to support his family. We are in contact with the local authorities.”

Meanwhile, an online petition calling for Mr Fitton’s release has been signed by more than 350,000 people.

“The support has been overwhelming, a huge boost, but we don’t even know which prison he is in now,” says Mrs Tasker. “We are worried sick. Mum is completely broken. He needs to be with his family. He has to be freed soon.” 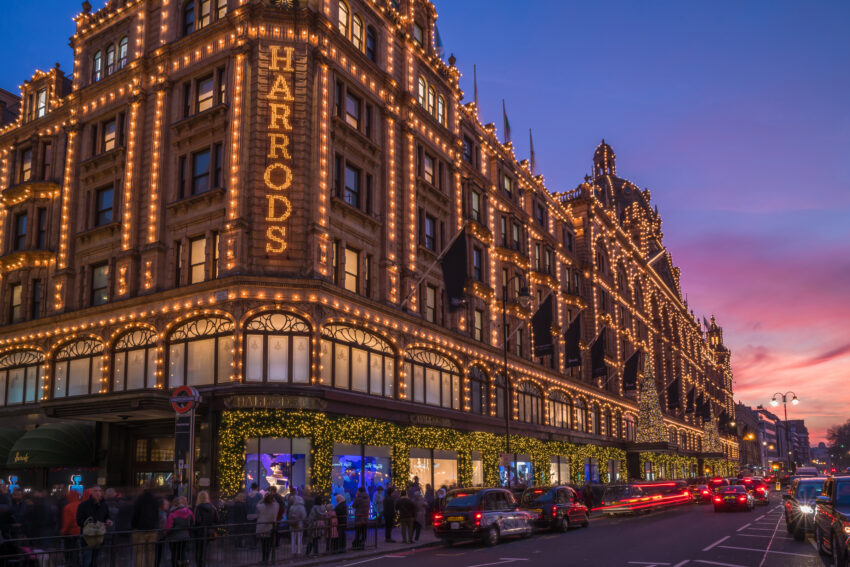 Will LIV golfers be allowed at Augusta?