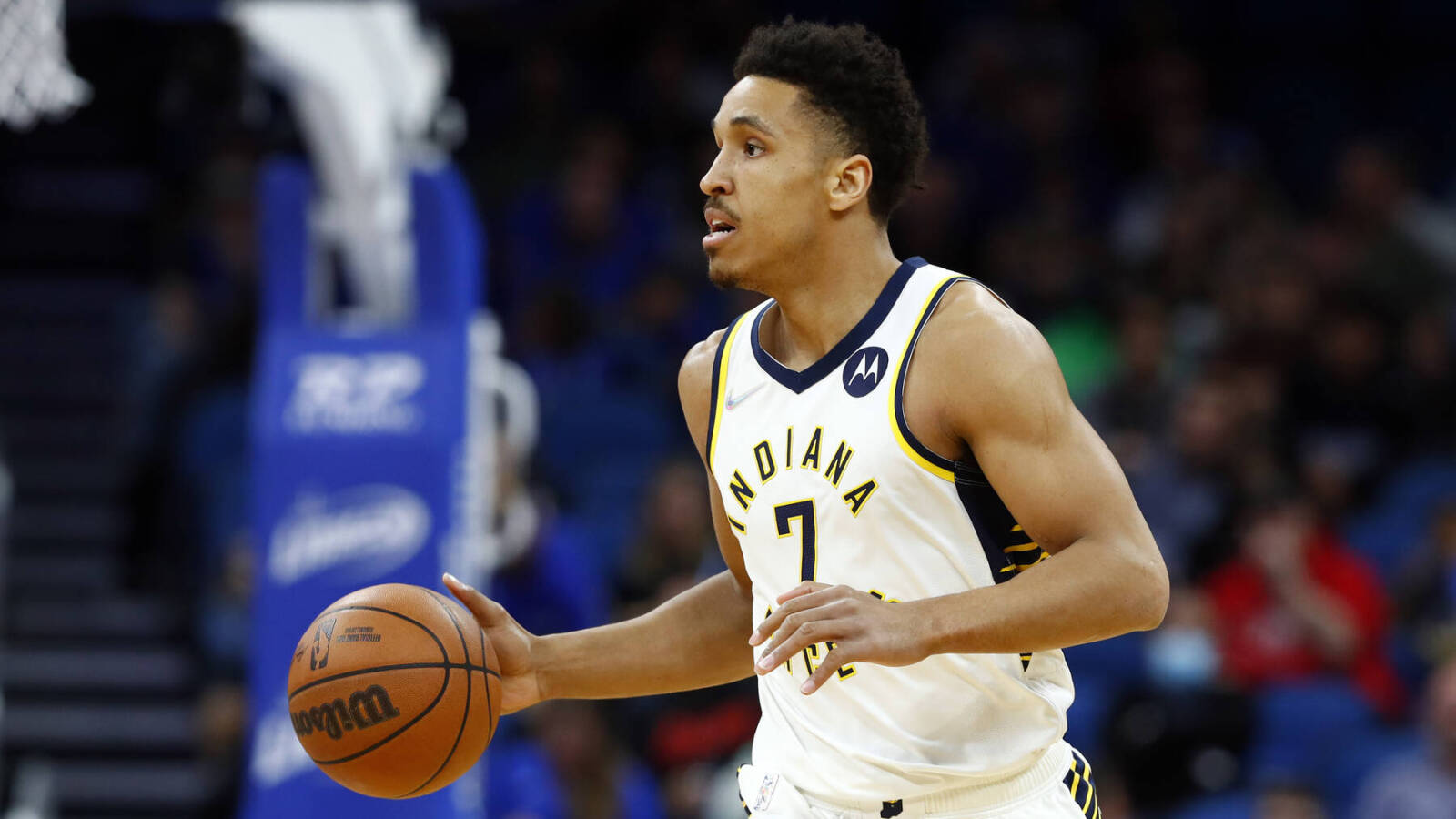 
This is the eighth entry in our series breaking down the major trades of the 2022 offseason. As opposed to giving out grades, this series will explore why the teams were motivated to make the moves. Let’s dive into a deal that sent the 2017 Rookie of the Year from the Pacers to the Celtics…

The day after free agency began, the Pacers agreed to send Malcolm Brogdon to the Celtics in exchange for Daniel Theis, Aaron Nesmith, Nik Stauskas, Juwan Morgan, Malik Fitts and the Celtics’ 2023 first-round pick (top-12 protected). Stauskas, Morgan and Fitts have subsequently been waived by Indiana, so they are no longer on the team’s roster.

After sending two-time All-Star Domantas Sabonis to Sacramento in February for a package headlined by point guard Tyrese Haliburton, the Pacers effectively signaled that a retooling process was underway and Brogdon’s time in Indiana was nearing an end.

The problem was, Brogdon was injured for much of 2021-22 and was ineligible to be traded after signing a veteran extension just before the season started, so the Pacers had to wait until the season was over to deal him.

Injury problems have plagued Brogdon throughout his six-year career. He has missed 140 regular-season games over that span, appearing in an average of just over 70% of his team’s games.

Last season, he missed a career-high 46 games, though it’s possible he may have been deliberately held out of some of those contests for tanking purposes and to preserve his long-term health.

Brogdon will earn $67.6M over the next three seasons, including $22.6M in ’22-23. In order to match his salary and make the trade legal, the Celtics had to include five players in their package — the priciest of those players, Theis, is making $8.69M next season, while Nesmith will earn $3.8M. Only Theis has guaranteed money beyond next season, earning $9.1M in ‘23-24.

By shedding Brogdon’s salary, waiving Duane Washington’s non-guaranteed deal, and using the stretch provision to spread the partial guarantees owed to Stauskas, Morgan and Fitts across three seasons, the Pacers created enough cap room to sign restricted free agent Deandre Ayton to a four-year, maximum-salary offer sheet. The Suns ended up matching the offer, so Indiana still has about $31M in cap room available as the ’22-23 season approaches.

After serving as a high-level role player for the Bucks from 2016-19, averaging 12.8 PPG, 3.5 RPG and 3.6 APG on .484/.408/.895 shooting while playing solid defense, Brogdon desired an expanded role and was signed-and-traded to Indiana for a first-round pick and two second-rounders.

Brogdon had an up-and-down tenure with the Pacers. His counting stats certainly got better on paper, as he averaged 18.9 PPG, 5.1 RPG and 6.3 APG over the past three seasons. However, he took a step back on defense, and his scoring efficiency took a hit — his .447/.352/.872 shooting line was still solid, but nothing special.

At 29 years old, Brogdon no longer fit with Indiana’s rebuilding timeline. He had functioned as the team’s lead ball-handler when healthy, but with Haliburton on board, he became redundant.

I’m skeptical that Theis will play much for Indiana after having a poor season in the first year of his new contract, especially considering he’s 30 years old himself. He might be a veteran presence for a young team, but the majority of the frontcourt minutes will go to Jalen Smith, who re-signed with the Pacers in free agency, second-year big man Isaiah Jackson, and veteran center Myles Turner — assuming he’s still on the roster.

After being selected No. 14 overall in the 2020 draft, Nesmith never found a foothold in Boston’s rotation during his first two NBA seasons, appearing in a total of 98 games for an average of just 12.7 MPG. I’m sure that was partly due to his performance — he averaged 4.2 PPG and 2.2 RPG while shooting .417/.318/.796 — but he was also stuck behind two of the best wings in the league in Jayson Tatum and Jaylen Brown, so minutes were hard to come by.

The Pacers reportedly view Nesmith as a potential “3-and-D” player, and at 22 years old, he fits in with Indiana’s youth movement. There is some untapped upside here — he was the last pick of the lottery two years ago — but whether it comes to fruition or not will be up to Nesmith.

Still, the primary appeal of this trade for Indiana was moving off Brogdon’s long-term salary and adding Boston’s 2023 first-round pick, which will likely be in the late 20s. The Pacers also control their own first-rounder next season as well as the Cavaliers’ lottery-protected pick, so they could have up to three first-round selections in the 2023 draft.

In acquiring Brogdon, Boston didn’t give up anything of significant value from last season’s team, which made it to the NBA Finals for the first time since 2010, ultimately losing in six games to the Warriors. Theis was the only player of the five outgoing pieces who played semi-regular postseason minutes, but he had a pretty dreadful showing — the team was 14 points per 100 possessions better with him off the court than on it.

Giving up a future first-rounder that’s likely to land in the late 20s is a classic win-now move for a Celtics team that hopes to win two more playoff games in ’22-23 in order to win an 18th title, potentially breaking a tie with the Lakers for the most championships in NBA history.

As a result of adding Brogdon’s $22.6M salary and signing Danilo Gallinari with the taxpayer mid-level exception, the Celtics will be well over the luxury tax line next season, another sign that Boston is invested in winning the championship.

Brogdon is a talented and skilled player. At 6-foot-5 and 229 pounds, he’s more of a combo guard than a point guard, which has its pros and cons.

Part of the reason why he was a sometimes awkward fit with the Pacers is because he primarily functioned as the team’s point guard, but he’s not quick enough to stay in front of smaller, shiftier players. He is, however, capable of guarding bigger wings, as he uses his strength and toughness to hold his ground.

Brogdon uses that strength on offense to his advantage as well, bullying smaller players in drives to the basket. He isn’t the quickest or most athletic player, but he can get to his spots for the most part and does a solid job of drawing contract.

During Brogdon’s tenure, the Pacers also had Victor Oladipo and Caris LeVert at shooting guard, two other score-first players who aren’t great shooters. That sometimes led to some ugly “it’s my turn now” offensive possessions instead of proper ball movement.

If Brogdon tries to play like he did for the Pacers, Celtics fans probably won’t be happy with the results, but if he accepts his role as a sixth man and acts as more of a tertiary playmaker like he did with Milwaukee, he could be an ideal fit offensively.

During his run with the Bucks, Brogdon attempted 22.9% of his threes from the corners and converted 48.9% of those looks — an elite number. With Indiana, only 11.3% of his three-point attempts came from the corners and he converted 37.1% of them. Again, that was partly a result of Indiana’s poor spacing and Brogdon serving as a primary ball-handler.

Brodgon’s shot is slow and mechanical, with a low release point. He needs time to get it off. But he will get plenty of open looks from the corners if he plays within the flow of Boston’s offense.

While Brogdon is a major offensive upgrade over both Marcus Smart and Derrick White, he is a significant downgrade defensively. He isn’t a liability, but he isn’t a positive, either, especially when guarding smaller players. Al Horford and Robert Williams will help erase some of those concerns.

I’m curious to see how Brogdon and White will play together, because both are smart passers when they’re so inclined. Both need space to feel comfortable taking jump shots.

It’s hard not to view this trade as a win for the Celtics, even if the Pacers also accomplished their goal of moving off Brogdon’s salary, adding another first-rounder and creating more playing time for their young core.

Brogdon is a very productive player. He could be the missing piece that pushes the Celtics over the top if they’re able to reach the Finals again.

The only real question on Boston’s end is, can he stay healthy? If so, the team acquired a player who is an offensive upgrade over any of its incumbent guards without taking anything away from its core. 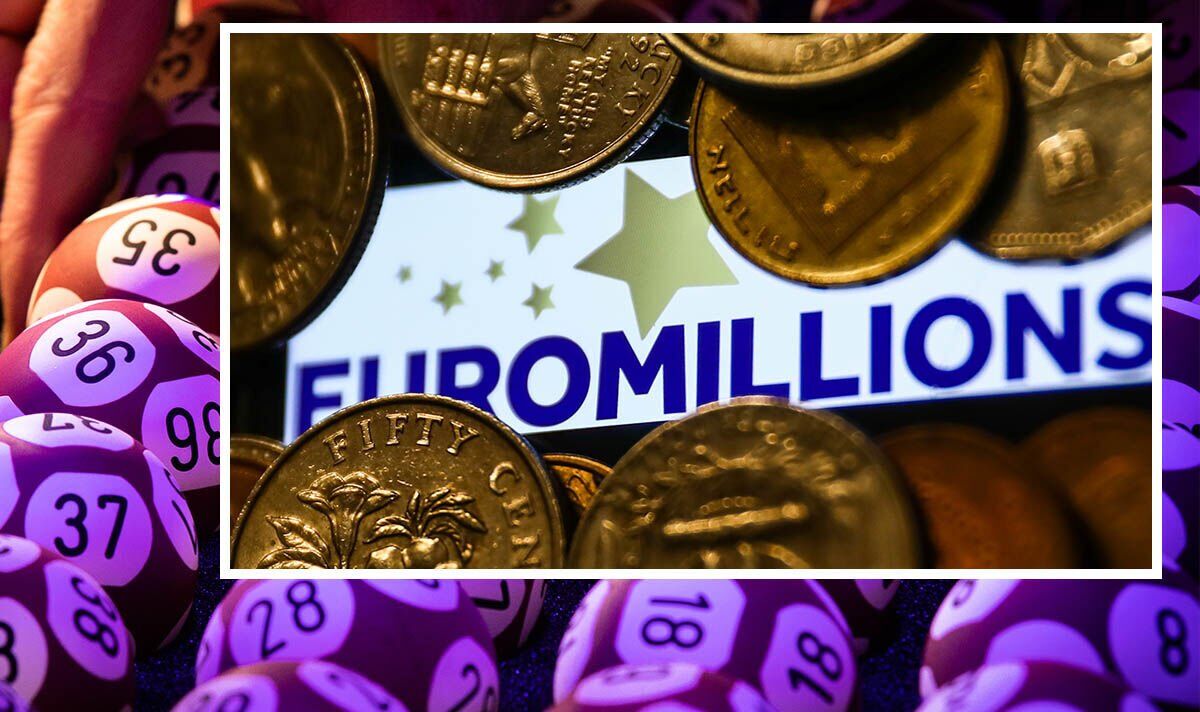