Kanye West has been in the Tom Cruise Bat-shit Crazy Celebrity Zone for so long that it’s been renamed the Ye Bat-shit Crazy Celebrity Zone. I’m assuming you’ve read the anti-semitic statements by now, and saw that Jaylen Brown and Aaron Donald — like most every other sane person/company — cut ties with Donda Sports. Some would say “too little, too late,” while Carron J. Phillips would say “never should have,” but there are still livelihoods at stake because they were sold snake oil at $15,000 a year for tuition.

The Donda Academy was closed for the school year, effective immediately, for like two seconds Wednesday, but announced it’s reopening “with a vengeance” around midnight. Who the hell knows what that means. Regardless, the futures of high school athletes who signed on to chase hopes of a pro hoops career at the “school” are now in flux. The New York Times reported that two tournaments scheduled to host the high-profile “academy” dropped the team from its list of participants, and now the students’ parents are considering options not associated with West.

Before I continue, I put “academy” in quotation marks because normally you’d like your school to be accredited — and have a campus. This line from the NYT story had me fucking dying.

“[Ye] used his star power — and promises of jetting players around the country for high-profile games — to lure elite talent throughout the nation to an apartment complex that served as their base for basketball and a nonaccredited curriculum that was built around online learning.”

So, the Donda Academy is as much of a school as Jay-Z’s School of Hard Knocks? Got it. Well at least transferring shouldn’t be a problem for the two highest-ranked prospects in Robert Dillingham and A.J. Johnson. Overtime Elite, the basketball development group with big-name backers like Drake, Jeff Bezos, and a couple dozen NBA players, is expected to pursue Dillingham, who’s currently committed to Kentucky, and the undeclared Johnson.

The future might be far murkier for the less heralded players though. Diana Cooper and Vantik Loury, mothers of Donda enrollees J.J. Taylor, the 45th-ranked basketball prospect in 2023, and Davius Loury, No. 145 on Rivals.com, expressed concerns to the Times over Ye, but had yet to speak to their children. (My guess is that’s changed since the news came out.) Both J.J. and Davius relocated from Chicago to attend the Simi Valley campus/apartment complex in California, and now classes are oscillating between continuing and being canceled as much as its founder.

An email was sent to parents of the school’s students Thursday saying “Donda Academy will close for the remainder of the 2022-2023 school year effective immediately … THERE IS NO SCHOOL TOMORROW.”

If that isn’t the most depressing school cancellation announcement I’ve ever read. Be that as it may, the never-ending snow day was cut short after an announcement overruling the previous one was sent out at about midnight Wednesday, per TMZ.

The email read in part:

Join us tomorrow morning in worship for the return of Donda Academy. With the help of our parents and community, we are back with a vengeance!

The children of Donda are going to change the world.

Apologies for the late email!

See you bright and early!”

I fear to think of what online curriculum these kids are learning/exposed to considering the whole thing sounds like Trump University mixed with Camp Nowhere. Only instead of unsympathetic yokels and spoiled kids getting bilked out of money, opportunity, and growth, it’s real life kids with (hopefully still) bright futures left wondering what to do next. And they should be wondering that, because dropping out is the only logical next step.

We’d all like to believe we’d be immune to Ye’s recruiting pitch, but his immense popularity and cultural status was (and, unfortunately, might still be) incredibly attractive to impressionable youth, so it’s easy to see why they’d sign on the dotted line. (I retain the right to change my mind if it comes out that the head of Donda Sports and problematic fuck wit, Antonio Brown, tagged along on the in-home recruiting visits.)

A large portion of America’s population was unable to separate the man from his music while he was flirting with being canceled. Ye was enabled to continue on as an icon even after a litany of dangerous outbursts and opinions, and it’s gotten to the point where he was given the benefit of the doubt despite the entire control panel flashing warning signs. 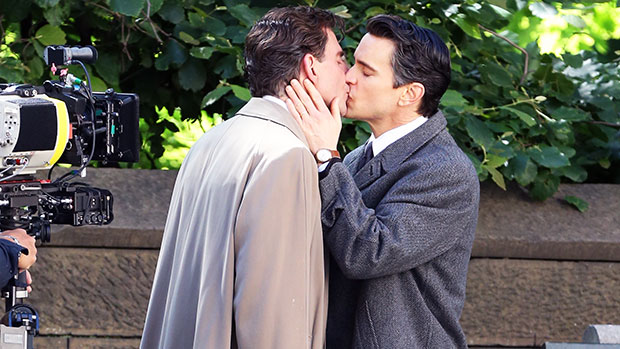 How Zelle Scams Work, and How to Protect Your Money