Samsung is taking software updates more seriously lately as we get to see faster software updates, which are also better than ever. They have released the stable One UI 5 recently to some flagship phones (like Z Flip 4 or Fold 4) based on Android 13 and it has so many new features to talk about. In this read, we will be sharing the best tips and tricks from One UI 5, which will be coming to your Samsung phone soon. We have listed the best One UI 5 tips and tricks you can try on your Samsung phone and enjoy an improved experience.

You can add contact information from the lock screen and the bottom corner shortcuts can also be customized from here. There is a wallpaper shortcut in the top left corner to change the lock screen background easily.

Samsung has implemented its own version of Material You in One UI but earlier the color options were very limited. This time, Samsung has increased the pallets to up to 9 sets. You can even choose one of the basic colors that give you a bit more customization flexibility.

Samsung’s phones are well known for their multitasking experience built into the software. The One UI 5 has got some features adapted from TouchWiz UI and I love those. The split screen feature can be triggered by swiping up from the bottom edge using two fingers. The current app goes into split-screen mode.

There is one more feature that is almost nostalgic, I really wanted this for so long, and it’s finally here. Now, you can open any app in a pop-up view, by swiping from the top corners. It can be handy when you want to quickly resize any app on your screen and switch apps. This feature even enables copying and pasting certain things by dragging them across different pop-up windows.

On One UI 5, when you open the recent apps, you see a text on the top left side showing the number of apps running in the background. Tapping this gives you a list of all the running apps. From there, you can easily close these apps if you want using the stop button provided beside them.

Apple first brought this feature in its iOS where you can stack different widgets together and you can scroll between them easily. It also auto-scrolls to the most relevant widget, at a particular time. This feature has been adapted by Samsung in One UI 5 and here you can stack as many widgets as you want.

Creating a stack is very easy but you need to resize the widgets to a similar size before stacking them, you can not stack different-sized widgets. Now to create a stack, just drag one widget and drop it on top of another widget, and the stack will be created. You can scroll through widgets in stacks by swiping left or right on that stack.

The wallpaper picker in One UI 5 has got a complete overhaul compared to previous versions. The new wallpaper picker UI has different sections for different sources. On the top you will see built-in wallpapers, then you see the gallery section with beautiful album grids and then there’s the graphical section where you can choose from four minimal wallpapers.

There’s a dedicated colors section that lets you put any color as wallpaper and there are some patterns that look cool with different colors and you can set them as wallpaper. It also has the wallpaper services feature that applies dynamic wallpapers every day and below that, you can access all the downloaded wallpapers from Galaxy Theme Store.

Create your own Camera Filters

The camera app in One UI is full of different features and creating your own filter is one of them. The button in the top right corner of the camera UI shows opens a list of widgets that you can apply to the pictures you take. There you can tap the plus button, to see two options; Download filters and Create filter.

Tap on the create filter to bring up the phone gallery and choose any image to create a filter from it. You can select any picture and the camera app shows the filter created with that image live on the viewfinder. You can then save the filter to use later when required.

Samsung has finally added a new feature in the camera that lets you add a watermark on the pictures you take using the camera app. This feature adds text to the photos you take from your phone. It can be customized with the device name and date, you can also change the alignment and font of the watermark. I expected more customization options but it’s best for you if you want to keep it subtle.

Samsung’s Flagship smartphones come with a telephoto lens to let you zoom in on different objects to take a picture. This time Samsung did something very subtle to the zooming UI in the camera app but it is very much effective. The zoom slider is much more smooth now, you can just swipe once on the zoom buttons and it slides all the way to the maximum zoom available. You need to practice a few times to perfect the swipe-through.

Google released a very useful feature in Android 13 that lets you change the language of a particular app which is amazing. All the text on that app gets translated into the selected language. I love this feature because I install a lot of beta games on my phone that comes in different languages using proxy and VPN. This feature is called App Languages and it’s available in Settings > General Management.

Samsung has added a developer menu for Wi-Fi settings, it can be enabled by tapping the Intelligent Wi-Fi version number a few times. You get a lot of Wi-Fi features that lets you inspect the background data. Under Nearby Wi-Fi Information, you get to see a visual representation of all the Wi-Fi networks around you in a spectrum graph.

The One UI 4 introduced the feature to extend your system RAM by utilizing storage, you could select different size options but there is no option to disable it. Samsung finally gave support to toggle off the RAM Plus completely and regain that space on your storage in One UI 5. This feature is available in Settings > Device care > Memory > RAM Plus, here you can turn it off completely using the toggle.

Go to Settings > Device care > Battery > Background usage limits, here you see all the apps in sleep mode and you can add more apps to that list manually. There are three lists; Sleeping apps, Deep sleeping apps and Never sleeping apps, you can also turn them.

With the release of the Pixel 7 series, Google released a feature called unblur images that lets you unblur any image. Inspired by Pixel’s unblur feature and taking it even further, Samsung added Remaster picture feature in One UI 5’s Gallery. It helps to fix blurry photos, and remaster them to remove blur and sharpen it.

Samsung’s Object Eraser feature is also inspired by Google Pixel smartphones. Just like on Pixel phones, you can remove any object from any picture using machine learning. This feature works really well and it may come in handy in various situations. This feature is available in the gallery editor under the three dots menu icon in the bottom right corner. Then you can select any object from the image to remove it.

The secure folder is available under Security and privacy settings, you need to set it up with your credentials. Now, you can hold the app icon and move it to the secure folder, the same can be done for pictures.

If you put the Camera app in the secure folder, then all the photos taken will be saved in a secure folder automatically. This works just like the Locked folder in Google Photos.

If you get concerned about privacy when you hand your phone in for repairs then you can turn on Maintenance mode. This will lock out all the private apps and data so the repair guy won’t see anything. The phone still functions with basic features enabled, but the data and apps are absent here.

This feature is also inspired by iOS 16 where you can copy text directly from an image. You need to tap and hold the text area in the image or just tap the little (T) icon. This will select the text and you can copy and share the text anywhere you want.

Samsung One UI’s default keyboard lets you type anything by directing your camera to any text. You only need to launch the keyboard and select Extract text from more options. The keyboard section will turn into a camera viewfinder, and any text you capture will be typed into the text field.

When it comes to productivity on smartphones, no one can beat Samsung devices. DeX was released way back in 2017, but it required connecting the phone to a cable to launch DeX. With OneUI 5, things have changed, as now DeX works wirelessly on any display that supports the media casting feature.

Samsung DeX mode gives you a complete desktop-like experience where you can manage, open and use apps. You can resize windows and open multiple windows for the best multitasking. The default apps adapt to a big display and give you a more interactive experience.

Samsung has some of the best connectivity options and the “Continue apps on other devices” feature proves it. This lets you take whatever you are doing on your phone, to your Samsung tablet which is an amazing feature. You need to log in to your Samsung account on both devices and you are all set. You can even copy the text from one device and paste that text onto another device. Only two apps are supported by this feature for now; Samsung Internet and Notes.

Here’s the complete list of rollout schedules for One UI 5.0

Wrapping Up: Much Improved One UI 5.0

These were the best tips and tricks of One UI 5.0 to customize your Samsung phone. The One UI 5 updates are available on flagship phones and will be rolled out to all supported phones soon. Stay tuned to GadgetsToUse for more such tech tips and tricks, and check out the amazing articles linked below. 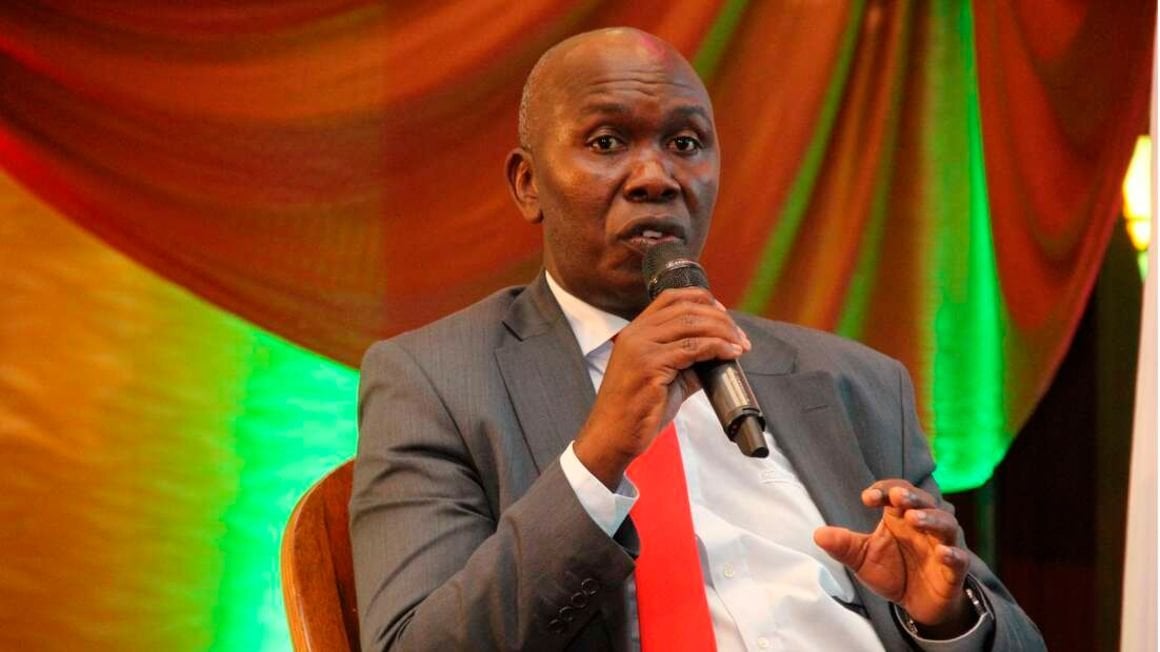 Whistleblowers to get Sh5m as CMA steps up fraud war 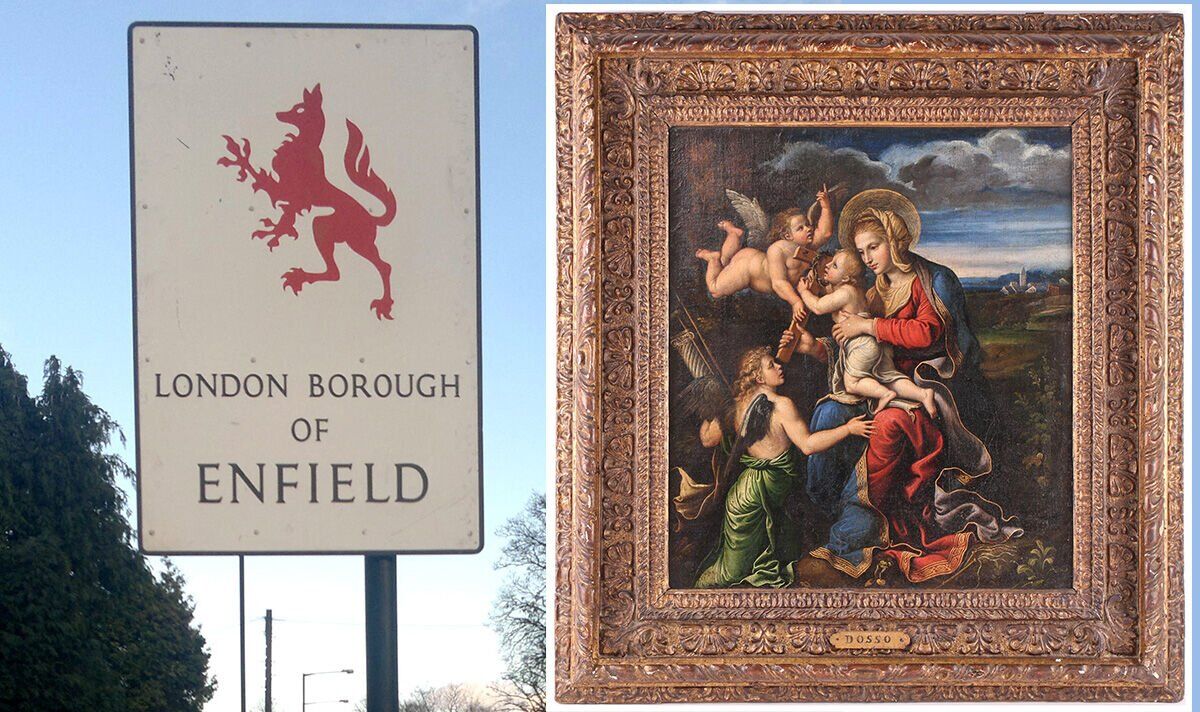